Fearing that his half-human grandson might not be enough of a monster, Dracula and some pals try to bring that side out of him. The young boy is named Dennis, and his parents, Mavis (Selena Gomez) and her fiancé Johnny (Adam Samberg) take a trip to visit Johnny’s parents. Since Dennis is left under Dracula’s supervision, it’s here that he decides to bring in his friends and help sway Dennis more to the monster side. Adam Sandler voices Dracula, but there are plenty of other familiar voices on board including David Spade, Kevin James, and Steve Buscemi to name a few. The plot is fairly predictable and by-the-numbers, but there’s a lightness to this sequel that gets it some extra mileage. At least to a point. There’s a point of exhaustion to this whole affair after a while. I don’t think the intended audience will mind as much, but some might be praying for the end credits rather quickly.

Since I never saw the first Hotel Transylvania, I came to this sequel a bit cold, but I don’t think it makes a huge difference. It should be said that first and foremost, this film is for the kiddies. That isn’t to say that adults won’t get enjoyment, but the humor is aimed almost entirely at the younger crowd (as it should be). I imagine a lot of Sandler devotees will quickly flock to this film since the humor here doesn’t entirely stray from some of his other stuff. I’m usually on board with most of Sandler’s efforts, mainly the live action stuff, but I admit to growing tired of the shtick here. I felt the story was forced and humor fairly juvenile even if this is a kid’s film. The film was a big hit this past fall that I’m sure a third outing isn’t far away. I can’t say I’m looking forward to it, but the fans are out there and they should enjoy this.

Sony is dedicated to putting out some of the best looking Blu-ray transfers out there and they usually succeed. Truthfully, there’s not a lot that could make this one look bad. Generally speaking every computer animated film will look amazing and this is no exception.  The 1.85:1 AVC HD image is jaw-dropping in its presentation.  Colors are vibrant, subtle textures are so lifelike (pardon the pun) that you feel they’re in the room with you. Detail is accurate and black levels and contrast are solid. Likely you’ll know what you’re in for when you put the disc in your player, but in case you don’t – let me assure you that this looks the part.

The included DTS HD Master Audio soundtrack has a depth and presence to it that I really wasn’t expecting. While the front stage handles the action without a second thought, it’s the use of the surrounds that really made this a great experience. Channel separation made for a great viewing experience.  Vocals are crisp and clean and though the LFE don’t have many chances to strut their stuff, I caught a few instances. All in all it’s a great-sounding movie.

It’s important to remember that the intended audience for this sort of movie will likely find enjoyment. Fans of Sandler or other cast members who lend their voices might also enjoy this. It did little for me, however, as I found it to be a mostly dull affair. 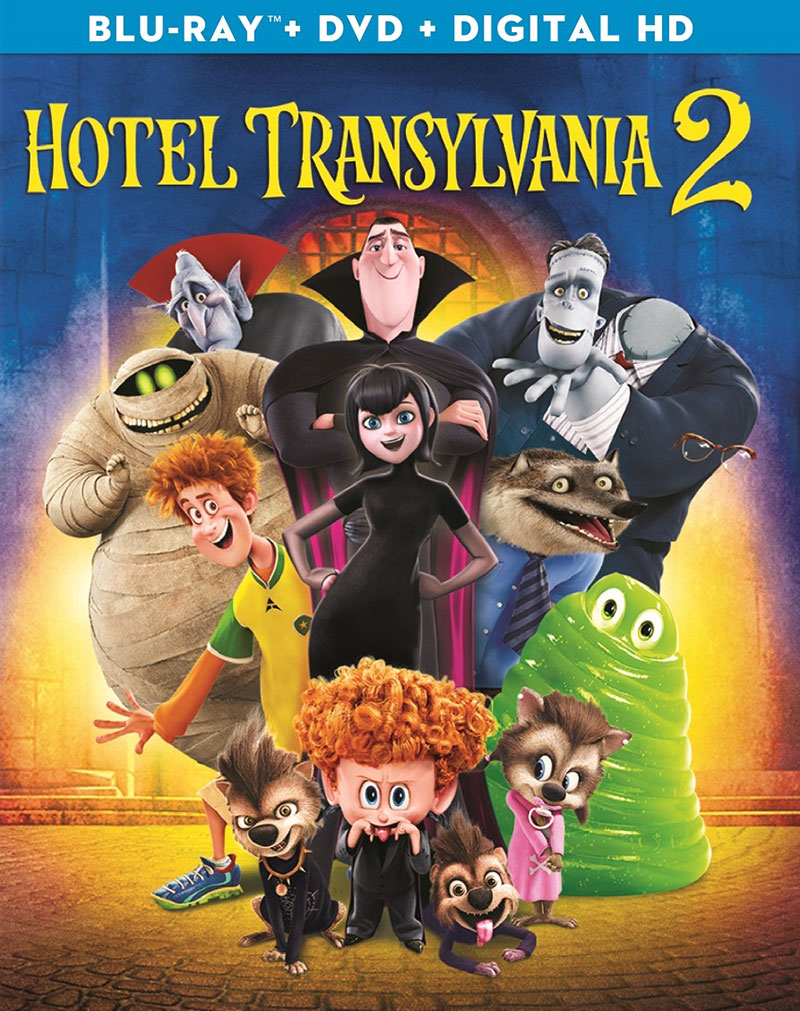