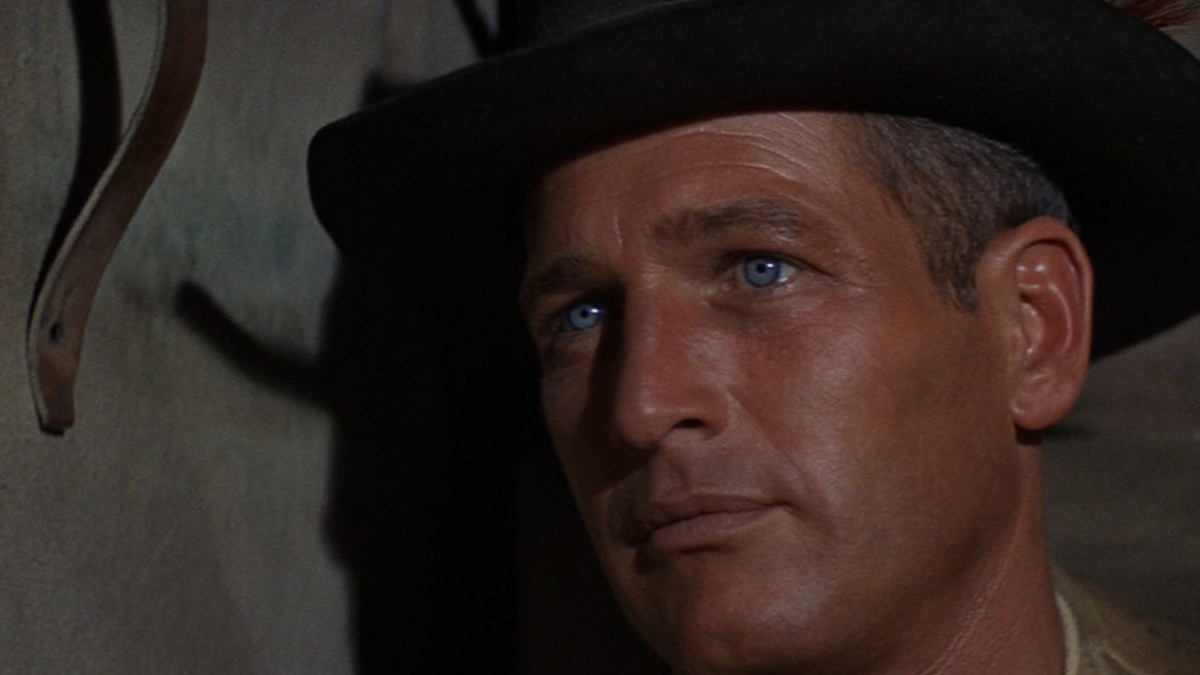 One of the reasons that I love to watch Westerns so much is because Westerns are able to encapsulate so much of the human experience into the rhetoric of the films. A great example of how Westerns can tackle any subject would be the classic Hombre. Hombre is directed by Martin Ritt, stars Paul Newman, is lensed by James Wong Howe, with a script based on a novel by Elmore Leonard. That is probably one of the most loaded decks of all time. Hombre rises above the fray by tackling racism, a subject typically left out of the conversation in most films. More impressive is the fact that it tackles that subject while producing an exciting and tense film that does not feel overbearing.

Paul Newman plays John Russell, a white man raised by Apaches. John Russell had been born to wealth when he was lost to the Apaches at a young age. His family had found him, but after returning with his family to the world they lived in, he chose to return back to the Apaches and their ways. When we first see John he is helping some Apaches to round up some horses. Word is sent to him that his last living relative has died and he has inherited the boarding home they owned. Hearing the news, John sets out to sell the house and purchase some horses. This puts him at odds with the house’s manager Jessie (Diane Cilento,) who will now be about of work. After visiting the house, John heads to the local station to board a carriage to the town where he can sell the house. He ends up on a carriage with Jessie, upper class travelers Alex (Frederic March) and Audra Barbara Rush,) newlyweds Doris and Billy Lee, and the despicable Cicero Grimes (Richard Boone.) Also along for the ride is John’s Mexican friend Henry Mendez (Henry Balsam.) This carriage ride will not go as planned and people’s villainous natures will be revealed.

Elmore Leonard is one of my very favorite novelists and film and television have been kind to his works over the years. The trademark wit and brutality of Elmore Leonard shines in the film. What really makes the film unique is how Newman and Ritt make sure that the issue of race is at the forefront from the beginning of the film to the end. The white characters in the film are essentially all morally bankrupt and the only heroes are a man raised by Apaches and his Mexican friend. This is still at odds with what most people would expect from a Western, but it flows so naturally in the film that people could easily skip over the racial aspects and get engaged by the more traditional gunslinger aspects of the film. That makes the film an even more impressive accomplishment.

Paul Newman is enigmatic in the role of John Russell. This should come as no surprise given that he was one of the greatest talents to ever grace the screen. He also is one of the only actors that I shed a tear for when they passed. Even more impressive is the villainous performance by Richard Boone. You will hate him from the minute he shows up onscreen. He is fantastic.

As I mentioned before, the film’s cinematography is done by the legendary cinematographer James Wong Howe. Howe is an amazing cinematographer whose black and white work on Seconds and Sweet Smell of Success is some of the most evocative work imaginable. Here Howe shoots in color in Panavision with excellent results. The film tends to be a bit more character focused rather than surroundings focused, but due to being shot almost entirely on location in Arizona it still feels expansive in scope.

Hombre is an excellent film. It subverts convention to tell a solid moralistic tale, while never feeling preachy or failing to entertain.  I highly recommend checking this one out.

Twilight Time provided a great looking 2K transfer of the film using an MPEG-4 AVC codec in 2.35:1. This film was one of the first Westerns to be shot in the new Panavision format instead of CinemaScope. James Wong Howe tends to focus more on the characters than the surroundings, but it still looks very pretty on Blu-Ray. There is a little bit more softness in some scenes than I was hoping for, but overwhelmingly the image looks very sharp and detailed. Grain is noticeably visible. I did not notice any specking while I watched the film and the print seemed to be in great shape. Overall, this is a very solid transfer of the film.

This DTS-HD MA 2.0 track has excellent fidelity to the original elements. There is not much in the way of directionality, but the track is crystal clear. Attention has been paid to the score by David Rose and it is very effectively and sparingly used in the film. I did not notice any hiss or dropouts during the course of the film.

Hombre is a great Western and a great commentary on racism. Paul Newman shines in the film and Martin Ritt directs it beautifully. This is a stacked deck with Elmore Leonard and James Wong Howe involved as well. I highly recommend checking this one out!