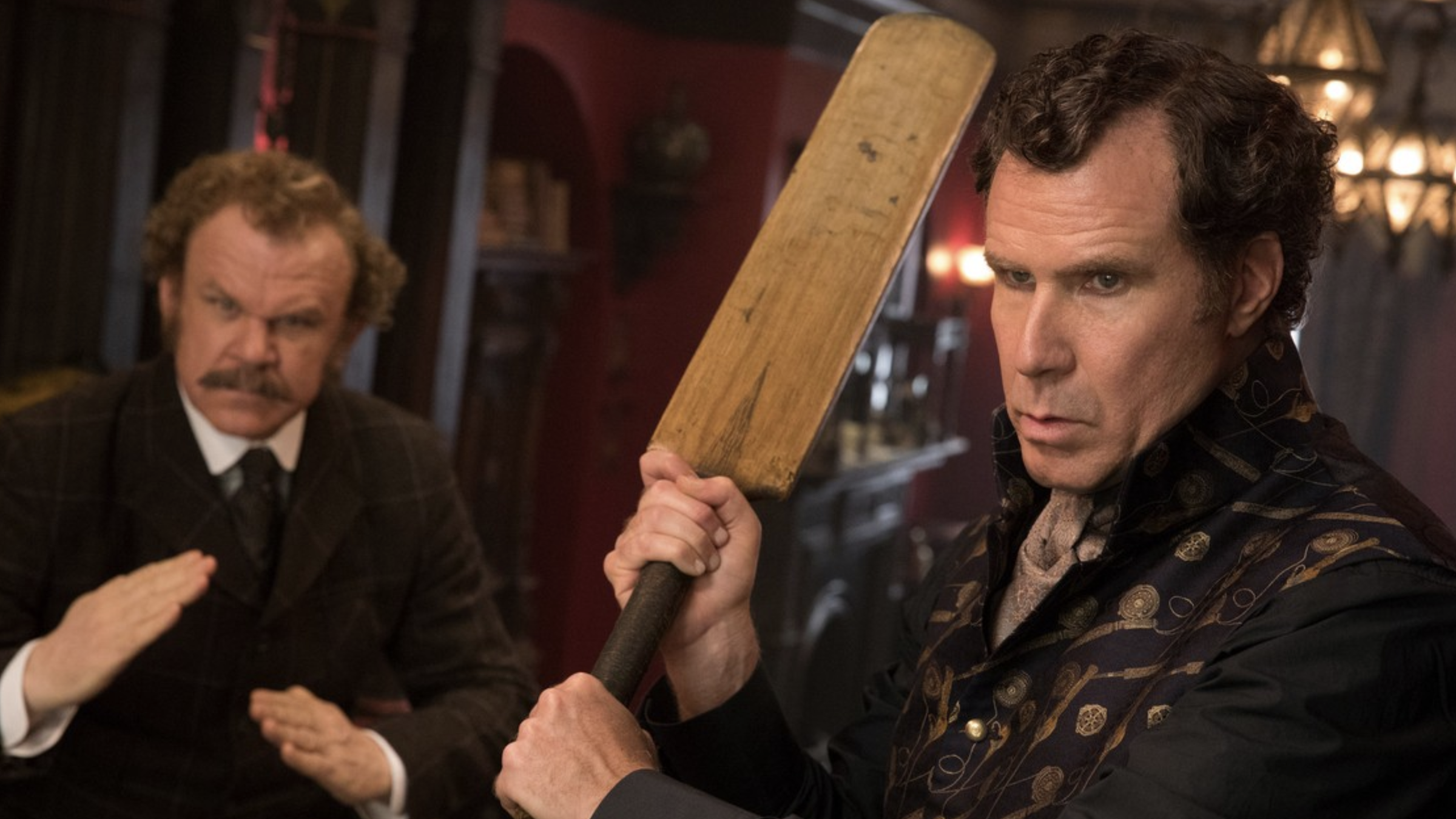 It’s a wonderful thing when two actors find themselves in a film and it just works. That was the case with John C. Reilly and Will Ferrell in Talladega Nights: The Ballad of Ricky Bobby and Step Brothers. The latter of those two films has slowly risen up the ranks of my favorite films and it’s one I watch at least once a year. I was never too much of a fan of Talladega Nights, the only thing I really remember about it was that it had “Borat” and that it came with my PS3. Nevertheless, the chemistry between the two leads was palpable and it was only a matter of time before they were put together again. So when Holmes & Watson was announced, I’m sure I wasn’t the only one who was just giddy with excitement. And then I watched it.

When it comes to Sherlock Holmes, we’ve got no shortage of inspiration. Be it the Guy Ritchie films (we’ve been waiting on a third for quite some time), the television show Elementary and the Benedict Cumberbatch show Sherlock. These have taken some liberties with the Arthur Conan Doyle novels, but all are entertaining in their own right. So with Holmes & Watson, we find a loose plot in which Sherlock Holmes (Will Ferrell) and Dr. John Watson (John C. Reilly) are trying to stop a nefarious scheme in which Professor Moriarity (Ralph Fiennes) is out to murder Queen Victoria (Pam Ferris). They’re joined by two lovely ladies in Dr. Grace Hart (Rebecca Hall) and Millie (Lauren Lapkus), who has evidently been raised by feral cats. Chaos ensues as do a lot of jokes that fall flat. The end.

Ok, look, full disclosure here – I laughed several times during my viewing. I feel that Will Ferrell is someone that, even if you talked to him in a normal conversation, you couldn’t help but start giggling. That’s the effect he has on me. And it’s evident that Ferrell and Reilly have some great chemistry together. I think they must have had a fun time making the film. But when a studio (Sony) refuses to have the film screened for critics, it’s never a good sign. The movie was bumped back a few times before finally being released on Christmas Day. And it was dubbed by many to be one of the year’s worst. Again, I laughed at several of the jokes, but I highly doubt I’ll pop this one in the player with the frequency of Step Brothers. There’s plenty of comedy out there with both Ferrell and Reilly and there’s plenty of viewing material about Sherlock Holmes, but the two together is elementary – it doesn’t work.

There’s no denying that regardless of what’s going on in the film, Sony’s Blu-ray is second to none when it comes to how it looks. The 2.40:1 AVC HD transfer showcases everything that’s great about the format. Rich, lush colors make even “dreary ‘ol London” look like it’s bursting with life. Detail adds a fine layer of texture while at the same time, giving us the razor sharp imagery. Contrast is strong, black levels are on the mark and it’s a shame that such a good-looking picture is wasted on this abysmal film.

Naturally the included DTS HD Master Audio soundtrack has a few moments in which it “breaks out” of the comic genre and gives us more than we bargained for. It’s a good-sounding track that adequately uses all the channels in your system and uses them well. I found the dynamic range to be utilized, vocals rich and pure (I made a game of the number of times Reilly and Ferrell’s British accent faded) and the LFE even have a chance to shine. It’s a nice track.

There are a few, emphasis on a few, laughs to be had in this movie. But only the most die-hard fans of Ferrell and/or Reilly will want to laugh. This isn’t a good movie. And it’s not up to the same level that the same duo showed in Talladega Nights: The Legend of Ricky Bobby or Step Brothers. Sony was hoping that would be the case, but it just didn’t happen. That said, Sony’s disc looks and sounds great and has (perhaps) enough supplements so if you feel the need to complete that Ferrell/Reilly movie trilogy – knock yourself out.