The Hills Have Eyes (Blu-ray)

Arrow Video recently sent me a copy of The Hills Have Eyes, the well known exploitation classic by Wes Craven. When I was in college I had a good friend that had shown me the remake of the movie over a case of Bud Light. I remember that it had made a distinct impression on me and was one of the more unique horror films that I had seen. I remembered that I had marveled at how effective the film was while never wanting to see it again. When given the chance to watch the original film, I could not pass up the chance.

The plot of the film revolves around the Carter family, six adults and a baby, that are traveling across the Arizona desert towards California with their two large dogs in a camper attached to a station wagon. They take a wrong turn and end up in a nuclear testing area. Distracted by some fighter jets, they crash their car. As the men split up to try to save the day, inbred hillpeople begin to stalk the camp.

Being an exploitation film, The Hills Have Eyes goes farther than most modern films (with the exception of the remake which is much more graphic and insane.) That should serve as a fair warning to any viewer that is looking for a nice easy-going experience. This movie’s goal is to shock and horrify the viewer, and it absolutely succeeds. This also makes the movie very difficult to watch.

So… at the end of the day The Hills Have Eyes is an effective thriller and horror film. It has some truly horrific ideas. That said, it is also very dated and suffers from pacing issues and is somewhat sloppily put together due to their budgetary constraints. This is not surprising given the time it was made, but is worth noting. Like most horror and exploitation films, watch at your own peril!

Arrow Video did a great job on the transfer of the film using an MPEG 4 AVC codec of a new 4K restoration. Fine detail is good and grain has been preserved without any over correction. Here is the bad news, this film still looks as low budget as it was. The 4K restoration does not keep the movie from having that worn look and feel and from being out of focus constantly. In a case like this, all you can do is admire the work put into the restoration, while knowing that Blu-ray does not exactly make it shiny and new. From looking at other reviewers, this is the best it has ever looked.

The audio treatment of The Hills Have Eyes leaves a little bit to be desired. My guess, from watching other Arrow Video releases, would be that this was the absolute best that they could do using original source elements. Unfortunately, it all has that slightly canned and distorted sound, as if the microphones were just too close to the actors, even in the post dubbing. This meant that certain lines are a bit harder to understand than usual. The music by Don Peake is very effective in the film, but the limitations of the recording at the time affect the fidelity of the track. Similar to the video, this is the best that we can expect from the audio, but that doesn’t make it ideal.

The Hills Have Eyes is a bit of a classic in the exploitative horror genre. The ideas are still frightening today and still make the skin crawl. That said, the movie is a bit uneven and dated. For fans, this release is an absolute no-brainer. The supplements are absolutely fantastic, and Arrow has provided flawless (flaw filled) transfers of the audio and video. I personally am somewhat averse to watching this film again, because it really gets under my skin (as it should, right?) That said, the special features have great replay value. This film will not be to everybody’s taste, so make sure you rent before you buy. For fans, what are you waiting on? 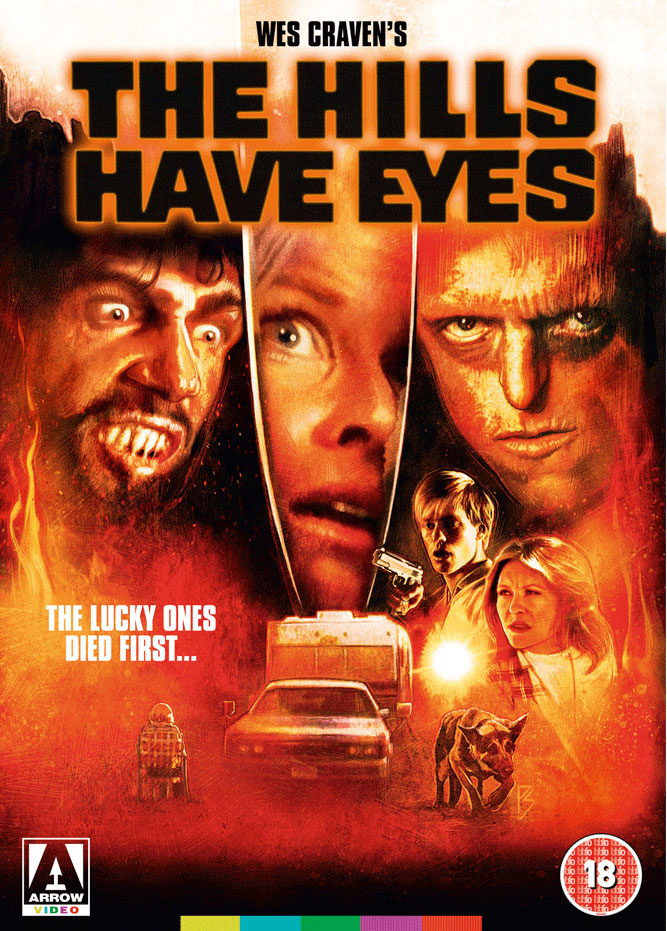