In the Heart of the Sea (Ultra HD 4K Blu-ray) 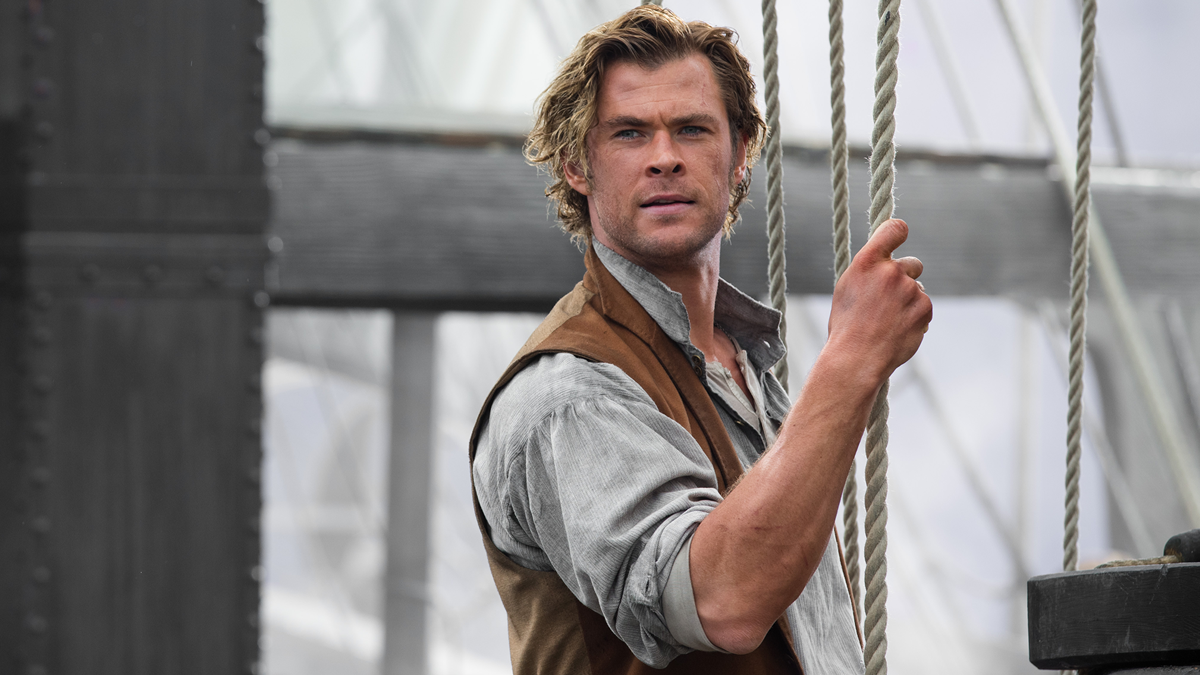 Historical dramas can be a good and a bad thing. On one hand, there are a lot of people who love history, reliving things from the past and, with the advancement in technology, we’re able to “feel like we’re there.” On the other hand, movie studios are in the business of making money and there has to be a vested interest in the subject matter for people to, well, see the movie. Otherwise, what’s the point? This seems like a no-brainer if you were a studio executive at Warner. Take a well-established director in Ron Howard, one of the most sought-after actors in Chris Hemsworth and make a movie. Audiences would flock to it no matter what and the studio would make money. Easy, right?  Yes, we’ve all see Hemsworth as Thor stand along side The Avengers and battle the forces of evil, but now he’s up against the greatest whale of them all. Intrigued? Hmmm…

The film is the story of the Essex, a whaler that sailed from Nantucket and was sunk by a whale. It is the story of her crew and their attempts to survive while drifting in the Pacific for 90 days. It’s based on a book of the same name by Nathaniel Philbrick. The story of the events of 1820 are being told in 1850 by Thomas Nickerson (Brendan Gleeson), who was the 14 year old cabin boy on the Essex. He is telling the story to Herman Melville (Ben Whishaw). Melville is doing research for his next novel, Moby Dick. The scenes of the haunted Nickerson and the curious novelist are fine, they really are. It’s just that, sometimes, the cutting between the past and the present breaks up the story too much, interferes too much. Sometimes it strips the tension just as it’s building.

To be truthful, the story is actually two stories in one. We’ve got the first part dealing with the ship/crew and so forth. But the second part is a bit of a surprise. What do you think happens to a bunch of survivors who run adrift in the ocean for 90 days? A man’s gotta eat, right? Well, I’ll leave it at that. Truthfully, there’s not a lot wrong with the movie and it is a great viewing experience. Howard’s direction is spot on and all the stars (Hemsworth, Murphy, etc.) deliver the goods. But we have to ask ourselves if this is the kind of movie we want to see again and again? I think not. It’s something that we’ll see and then forget about once the credits roll. And that’s the problem with it.

In the Heart of the Sea looks beautiful. And this was one of Warner’s initial Ultra HD releases. Even in the year since its release, we’ve come a long way in technology. A red mist falls on the faces of the sailors as a sperm whale succumbs to its injuries. A storm begins as a dark smudge, a black impressionistic scar across the horizon. You get the idea. The 1.85:1 HEVC transfer looks stunning and this is the kind of movie that’s meant to be showcased on your home theater system. The HDR offers a bit more depth in color than its Blu-ray counterpart, but there’s frankly little to complain about when it comes to how this looks.

A very robust Dolby Atmos mix is included and let me tell you that it earns its keep very early on. If ever there’s something that sounds amazing it’s the sound of a boat crashing against waves. LFE are heavily involved, surrounds offer atmospheric support and the front stage is at the center of it all. Vocals are rich, crisp and pure. This is an uptick in audio quality to the Blu-ray which features a DTS HD Master Audio mix. No matter where you go on the audio front, you’ll be satisfied.

All of the supplements are relegated to the Blu-ray as the Ultra HD/4K version is the movie only.

Ron Howard doesn’t make many “bad” films and while this isn’t among his best, it’s one that I had only a passing interest in. It excels on all the technical levels, but not much more. Still, it’s a good re-telling of a story and I have to give them credit – at least it’s not another superhero movie.