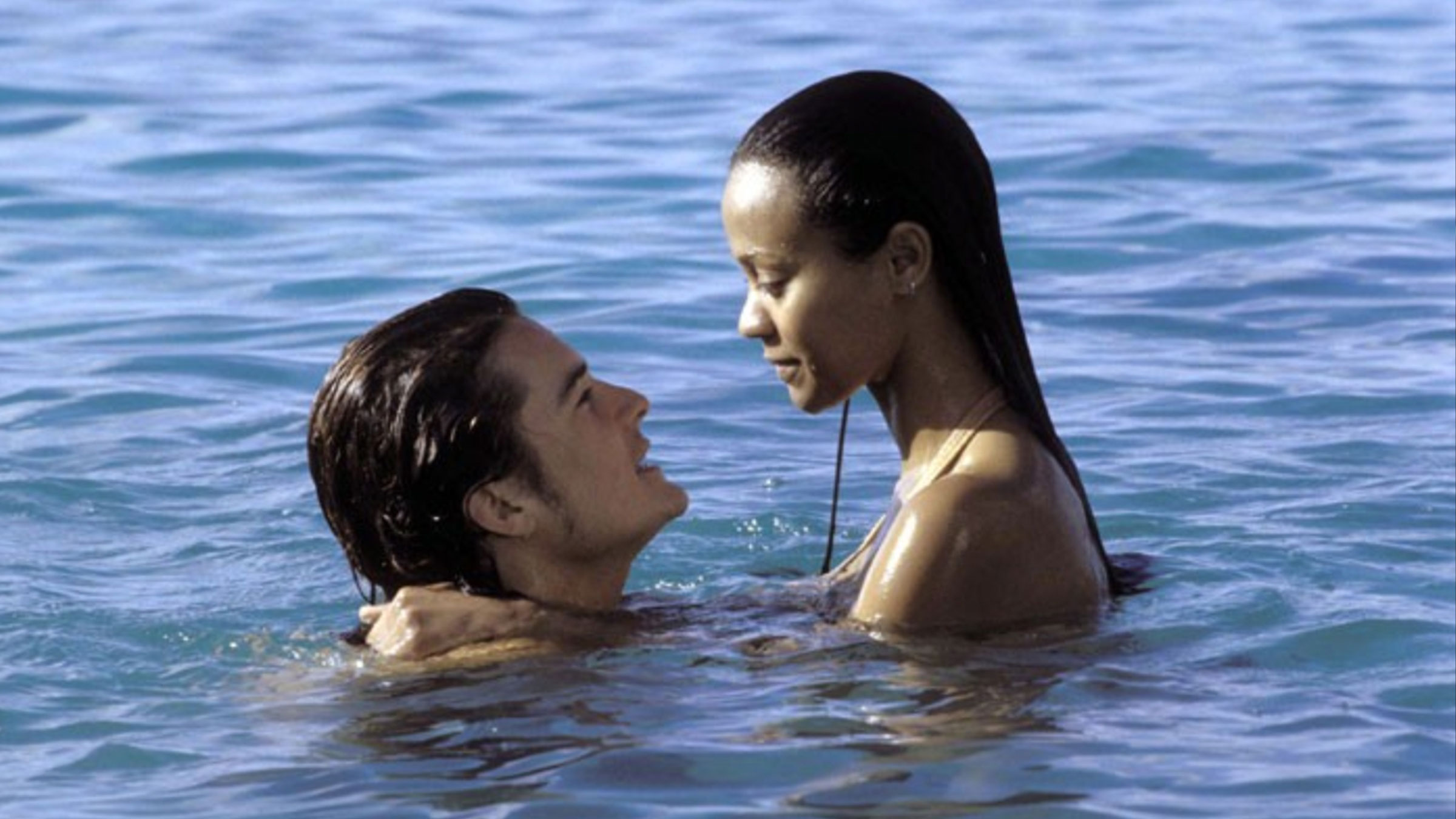 The Cayman islands are a tropical paradise, a beautiful locale that offers relaxation, isolation, and a chance to escape all of life’s problems. At least for some people that is, as others manage to find trouble even this idyllic location. Carl (Bill Paxton) is a businessman who brought his daughter Pippa (Agnes Bruckner) to the islands, but not for a vacation. He arrived with a large amount of cash on hand, on the run from federal agents in America, looking to hide out in paradise. At the same time, a romance turns dark when a boyfriend is taken down by his lover’s brother. Shy (Orlando Bloom) is a local in the middle of a hot, but secret romance with Andrea (Zoe Saldana). The two seem to be in love, but they know her family wouldn’t accept it, so they try to keep their love hidden. But when Andrea’s brother Hammer (Anthony Mackey) learns the truth about the couple, he is enraged and attacks Shy. As Shy is beaten and desperate, when he learns that Carl has a lot of money, his mind takes him to a dark place. But what will Shy be driven to and if he does take action, what will become of those who find themselves in the middle?

Haven wants to be a complex, intricate puzzle, told out of sequence and with innovative style, the kind of thrilling drama audiences love. But sadly, Haven is a slow paced, paint by numbers crime drama that borrows too much and never gains much momentum. The tropical setting is the highlight of the movie, the lush visuals at least provide distraction from the mediocre picture on showcase. The movie tries to be deep and complex by throwing in all sorts of confusion and possibilities, to keep the viewers on edge. But when the time comes to explain all the loose ends, the filmmakers choke and just let the confusion remain. In other words, the payoff isn’t there and that makes sitting through the journey a chore. I can deal with a slow, even lame build if the payoff is good, but neither the trip nor the destination is worthwhile here. The cast is solid, with Orlando Bloom, Bill Paxton, and Zoe Saldana, but none seem that interested in the material. Haven is a dull, poorly crafted drama that never takes off, so unless you love total wastes of time, this is better left unseen.

Haven does look better than its DVD counterpart (the last time I actually watched this movie). But that’s not to say that it looks outstanding. This is a dark movie in terms of visuals, contrast is vital to the visual scheme and for the most part, black levels are on the mark here. But in a few scenes, I saw some grain present and while not a serious problem, it is worth mentioning in this review. No issues with colors though, as the hues look bold and dead on, especially those wonderful reds, which we see a lot of in this flick.

Sadly, his film isn’t one to select for dynamic audio, but the included Dolby Digital 5.1 surround track is more than adequate and the same one that appeared on the DVD. The film’s music comes through very well and adds a lot to the movie’s impact, which is always welcome. I didn’t notice much in terms of sound effects, but the rather basic ones present here sound good, so no complaints. I never had trouble with the dialogue either, the vocals emerge in crisp and clean form also. This disc also includes subtitles in English and Spanish.

Haven sports a good cast, a so-so script but ultimately falters. And it’s hard to tell why. It’s not a total waste of time, but it’s something I watched about 15 years ago and I’d be surprised if I ever watched it again. The picture quality is a bit better than what’s previously been available and we do gain a supplement from the DVD – a trailer. So if you were looking for that extra incentive…