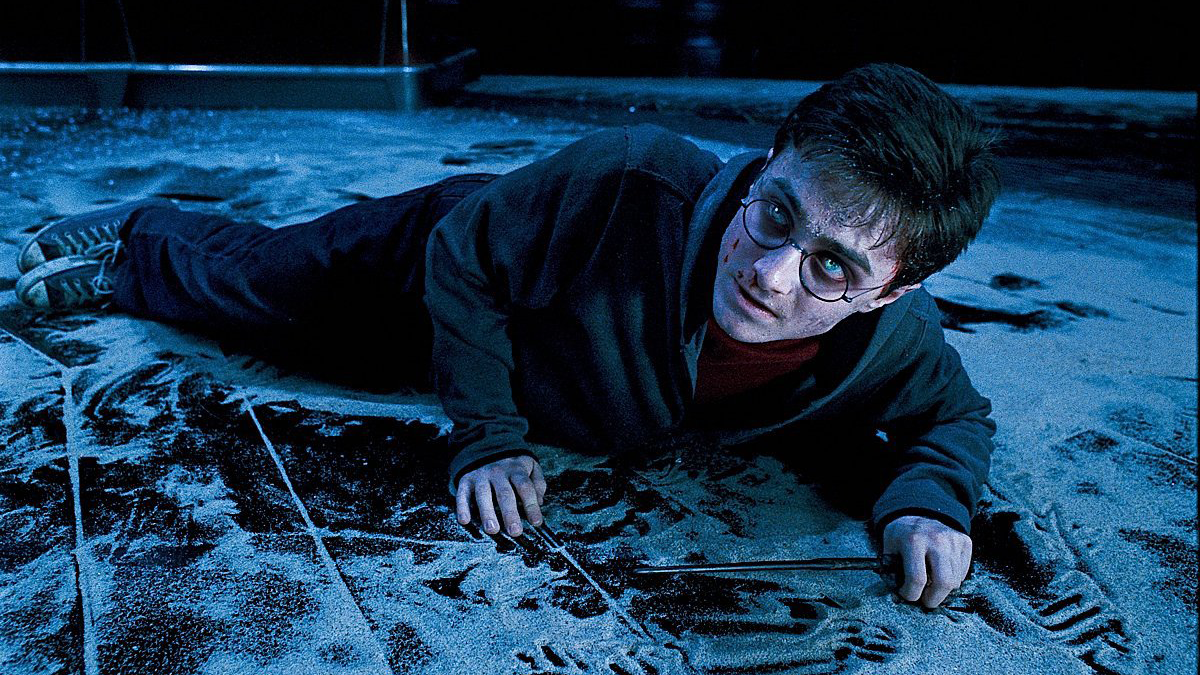 By the time that Harry Potter and the Order of the Phoenix came out, Mr. Potter and company were already a worldwide phenomenon. Come to think of it, that was probably true when the second book came out back in 1999. Still, when I saw this movie in the theaters in July 2007, I’d only seen one of the previous films (Harry Potter and the Prisoner of Azkaban), but having not seen any of the other films nor read any of the books, I was a bit lost. But 2007 was a big year for Harry Potter and just because of this film. It was also the year that the final novel came out, Harry Potter and the Deathly Hallows. This is only now coming to theaters and unless you’ve been hiding under a rock, you’ve heard about the final part of the final movie. It was after I saw this movie that I decided that I’d see what all the fuss was about. So I went to my local Border’s and picked up copies of all of the books. That, I suppose, was the benefit of waiting until 2007 to start reading and not having to suffer the wait between the books and movies. I’ve now read them all. Twice. Suffice it to say that there was a lot that went on in Harry Potter and the Order of the Phoenix, the longest of all the novels nearing 900 pages from beginning to end. Here’s how the movie played out.

Fans of the series will know that at the end of the fourth book/movie, Harry Potter and the Goblet of Fire, that Lord Voldemort (Ralph Fiennes) has returned. He’s been thought dead since the first book/movie, but he’s found a way to regain his human form. Harry (Daniel Radcliffe) has survived an attack in public by the dementors, guardians of the wizard prison Azkaban, and was forced to use magic in the “muggle” (human) world. A serious offense. He’s no sooner put on trial for his actions than he’s dismissed. All of this happens over the summer and Harry and friends Ron (Rupert Grint) and Hermione (Emma Watson) are set to start their fifth year at Hogwarts. With Voldemort being back, this puts additional stress on Harry as the two share somewhat of a psychic rapport. Add to this Harry’s age, his interest in girls and the trials and tribulations of being, well, Harry Potter. We meet the “Order of the Phoenix” as a group of older wizards whose sole purpose is to fight the forces of Lord Voldemort. The group resurrects itself since the last time since Voldemort was thought dead. Led by Sirius Black (Gary Oldman), Harry’s godfather, the Order tries to find a way to rid the world of Voldemort while at the same time trying to convince the bureaucrats at the Ministry of Magic that he (Voldemort) has really returned. Will they be able to and how will Harry factor into everyone’s plans?

It’s a bit difficult to condense a 900 page book into one paragraph and the movie, running at nearly 140 minutes, isn’t even one of the longer ones. Most all of the Harry Potter movies have made plenty of money, with even the “least” successful raking in over $250 million and still garnering a spot on the Top 50 grossing movies of all-time. Order of the Phoenix was certainly no exception and, looking back on it, has become one of my favorite of the series. There was actually talk of making some of the Harry Potter films into two movies, but ultimately they decided to do this to the last book. If there was ever one that needed to be two movies, it’s this one. Still, they manage to get the nuts and bolts in there so even the most casual of fans will be able to keep up.

Warner has been a bit hit and miss with their Ultra HD offerings thus far. That’s not to say they’ve looked “bad” by any means, but most have been upconverted 2K scans. But their Harry Potter movies are very near and dear to them and if they’re going to offer them to fans – again – well they’d better look and sound good. The previously-released Blu-ray version of this, a VC-1 transfer (which is still present on the included Blu-ray in this set) has been given a new dusting off with a new 2K scan of the film presented in 4K. Yes, Warner is consistent in that regard, but there is a noticeable uptick in picture quality. There was a bit of noise reduction done, but the “blow up” from 2K to 4K has still retained a bit of grain and the movie was shot on film, so it does retain that thematic quality to it. This is really the beginning of the “darker” age for Harry Potter and it shows, quite literally.  Detail has been enhanced a bit with the new transfer, but one thing that really showed to me was the HDR. Blacks are richer and darker, contrast seems to have been improved too. Like most 4K titles and their Blu-ray counterparts, it’s not a night and day difference between the two, but their efforts aren’t going unnoticed by this reviewer – it’s an improvement, for sure.

All of the Potter films on 4K have been given a new DTS X next generation sound mix and, when compared to their DTS HD Master Audio counterparts, there’s a difference (in a few scenes). Like the audio, there isn’t a night and day difference between this mix and the previous one, but like Atmos/DTS X mixes, it sounds a bit more “open” if you will. Vocals sound about the same, but the surround effects do seem to have more depth to them. The ending scene where Voldemort and Dumbledore battle is among the best I’ve heard in the Harry Potter series and the score sounds amazing as well. The front speakers take the brunt of the mix, but it all seems to flow and sound very natural. This mix is certainly a step up from the original and it is good to see Warner embracing next generation audio.

Warner has released these movies in various formats and with different offerings over the years. The most definitive version of which are the Ultimate Collector’s Editions on Blu-ray which will never leave my collection. However, these Ultra HD/4K offerings aren’t really that bad. This is a three disc set with the movie being on one disc as well as the Blu-ray on another (with its included supplements) as well as the stand-alone Blu-ray disc full of supplements. Yes, you lose all of the swag from the UCE version (the bigger box, collectible cards and various other things), but if it’s better quality audio and video that you’re looking for, plus the supplements – this is a hard version to beat.

Also I usually don’t comment on packaging, but I really do like the new cover art that’s used for these Ultra HD releases. They’re similar to the “adult” UK book covers and ditch the airbrushed pseudo picture look that was found on the previously-released versions. That’s just my opinion, of course.

Things finally got real with Harry Potter and the Order of the Phoenix. This was the first film to be directed by David Yates (who finished out the series as well as handled Fantastic Beasts and Where to Find Them). This Ultra HD offering gives us better video and audio and the disc-based supplements found in the Ultimate Collector’s Editions. It also takes up far less space on your shelf.