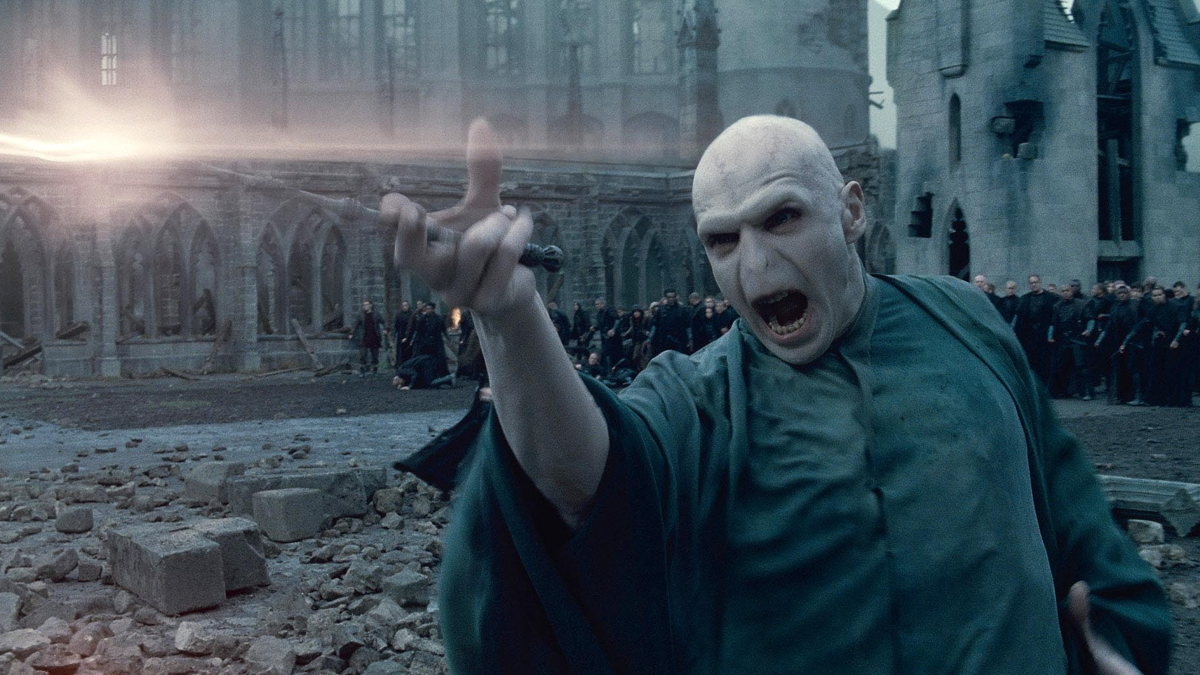 This is it. This is what every Harry Potter fan in the world has been waiting for. Back in 1997 if you’d have told anyone that a single mother on welfare would go onto write a series of books that would produce a series of movies that would become the highest-grossing film franchise in the history of cinema, well it’s a bit far-fetched to say the least. However it did happen. First off I’m going to assume that if you’re reading this review then you know the story (or back story) of Harry Potter. I mean this is the second part of the final movie and if you don’t know what’s going on then you really shouldn’t be here reading this. Go read the reviews for the other movies first! As we all know the final book Harry Potter and the Deathly Hallows was divided into two parts. This was done so that the movies could fully show what happened in the books and to really give the characters the depth they really needed in some of the earlier books. But let’s be real here. It was really done because the Harry Potter franchise is done after this. No more books. No more movies. If Warner wants to capitalize financially on these wizards, this is their last opportunity to do so. As the posters last summer said “It all ends.”

The final installment takes place literally right after Part I ends. Voldemort (Ralph Fiennes) has reclaimed the Elder Wand from Dumbledore’s tomb. Voldemort believes that this wand will make him the most powerful wizard in the world and also un-defeatable. Meanwhile Harry (Daniel Radcliffe), Hermione (Emma Watson) and Ron (Rupert Grint) are hot on the trail of Voldemort and his horcruxes (pieces of Voldemort’s soul that are hidden in magical devices). You see, in order to destroy Voldemort they must also destroy the horcruxes that are keeping him alive. These aren’t easy to come by and even when they’re found, it’s not a snatch and grab. No, rather they must procure a dragon to break into a wizard’s bank to get one and battle some dark wizards to get another. This is no small feat. But the real appeal of the final installment of the final movie is the ultimate showdown between Harry and Voldemort. The entire series has been leading up to this and as we’ve followed Harry since Sorcerer’s Stone it’s all led up to this. The Battle of Hogwarts is perhaps one of the best battle scenes I’ve encountered and suffice it to say we lose some characters that have been around for quite some time. Those who have read the book will know what happens in the end and probably those who haven’t will as well (or can at least surmise a guess). But I really couldn’t think of any ending more suitable than the one we have here.

I’ve read the entire Harry Potter series. Twice. I’m sure there are those out there that have read it a dozen times. I’ve seen all the movies and have even been to the “Wizarding World of Harry Potter” in Orlando, FL. Still, I’m probably a lesser fan than those out there. While it’s nice to finally have the entire series on Blu-ray, it’s also a double-edged sword in that there will be no more. We’ve watched Harry and his friends literally grow up on screen and I’ll come right out and say that I was moved to tears twice in the final movie (the same two places in the books that affected me in a similar way). The Harry Potter films and books stand as a landmark in terms of pop culture and cinema much in the same way that the Star Wars films were a generation ago. If, for some reason, you’ve never experienced a Harry Potter  movie or book – do NOT start here. Start at the beginning and work your way through them. It’ll make it that much more enjoyable.

Again, Warner has given this a new 2K transfer that’s presented in a 2.40:1 HEVC transfer for Ultra HD. The original Blu-ray is included as well. This has a different look and feel towards the end and, more to the point, the Battle of Hogwarts sequence. With this being the final installment of the final movie, it really can’t get much darker than this.  Detail is amazing, just look at the streams emitting out of the wands, the cuts and scrapes on Harry’s face and the dilapidated ruins of Hogwarts. It has a bit of a stylized look to it which does create an eerie effect, but this is a movie about witches and wizards so I’m not going to judge the content too harshly. Contrast and black levels are right on the mark as well. The entire film gives off a very film-like look and feel which is both consistent with the other films in the series. There’s nary an error to be found and what better way to end the series than with a transfer that looks as good as this.

If ever there was a sequence made for surround sound it’s the Battle of Hogwarts scene. The new DTS X mix adds a bit of spice to an already impressive mix and though there are some moments of dead silence, they’re equally complimented by deafening effects. Suffice it to say that the Battle of Hogwarts will give every one of your speakers as well as your LFE a very good workout. Surrounds are almost always doing something and there seems to be an atmosphere of suspense that leads up to the final battle. This movie would have worked with a lesser soundtrack, but it’s so much more with what’s been included on this disc. Again, it’s a testament to the filmmakers who made sure that every “i” was dotted and “t” crossed.

As is the case with the rest of the titles released on Ultra HD, the disc-based supplements have made the leap to 4K, but if you wanted the booklets, colletable packaging or trading cards that came with the Ultimate Editions – you’ll have to keep those as part of your set.

Disc One – Ultra HD/4K (no supplements)

J.K. Rowling first had the idea for Harry Potter back in the early 90’s and, twenty years later, her vision has been fulfilled. Harry Potter has entertained a generation of kids (and adults) and this second part of the final book is a fitting end to that dream. This offers a plethora of supplements, amazing sound and image quality and is everything a Potter fan could ask for.