I noted in my review of Steve Jobs, that “there are few people, when all is said and done, can truly say that they changed the world.” Most of us will live our lives, make an impact on a select few and will be snuffed out. That’s kind of a horrible way to view the gift of life, but it takes someone pretty special to be remembered for what they did. This isn’t as uncommon as one thinks. Look around you. The computer you’re typing on was invented by someone who will be remembered, maybe the paintings on your wall and so forth. One of the most prolific icons to come out of the Civil War was Harriet Tubman, who we all learned about in our grade school history class. She was known as the Conductor of the Underground Railroad. She saved many lives and impacted American history. This is her story.

We meet Araminta “Minty” Ross (Cynthia Erivo), who’s enslaved on a Maryland plantation. She longs to be free like her husband, John (Zachary Momoh) and is shocked to discover that Gideon Brodess (Joe Alwyn), the son of her recently deceased owner, has refused to honor an agreement that states Harriet and her parents be set free at the age of 45. Minty risks her life to make the 100 mile trek north to Philadelphia. It’s along the way that she meets William Still (Leslie Odom Jr.) and Marie Buchanon (anelle Monáe), abolitionists who are working to usher slaves to freedom via the Underground Railroad. Minty assumes the “free” name Harriet Tubman (taking equal parts from her parents’) and is aided by visions she believes from God. Harriet returns to the South to lead her family and others to freedom. This task becomes increasingly more difficult after the passing of the Fugitive Slave Act. This said, essentially, that Canada was the only safe place to go. The rest, as they say, is history.

It’s somewhat amazing that it’s taken this long to get a good film about Harriet Tubman made. But that wait is over and I can say that this film delivers on all accounts. It’s the performance of lead actress Cynthia Erivo, who I’d previously admired in Widows and Bad Times at the El Royale, that really carries the weight of the film on her shoulders. She’s got a great ensemble cast to boot, but it’s Erivo’s performance that steals the show. She lost Best Actress to Renée Zellweger in Judy, but don’t let that deter you. I’m certain that some liberties have been taken with the historical accuracy, but I found Harriet to be entertaining and, yes, inspirational. You will too.

Universal’s 2.39:1 AVC HD image is simply breathtaking. The costume design (for which is was not nominated for an Oscar) simply leaps off the screen. The architecture, particularly in the scenes in Philadelphia, convey a razor like sharpness that’s hard to describe. A majority of the film does take place at night and in darker places, but the image’s rock solid contrast handles these scenes with the greatest of ease. Detail is tack sharp. Simply put, this is one fine-looking film on the Blu-ray format.

I’d actually loaned this disc to my parents prior to my viewing and I remember walking into their home as they were watching it in the basement. I kept trying to figure out what film they were watching. Suffice it to say I was a floor up and was pretty impressed with the way this sounded. There are a few “battle” scenes that really activated the LFE. Vocals are pure and crisp, directional and dynamic sounds abound. One wouldn’t think that this would be a movie engineered for sound, but I have to say that this delivered.

Harriet tells the tale of one of the bravest women in the world. She influenced the world and will forever be remembered. Cynthia Erivo’s performance is second to none and it’s a shame she wasn’t the victor at the Academy Awards. Universal’s Blu-ray offers up a first class disc with amazing picture and robust sound. There are enough supplements to warrant a purchase as well. Highly recommended. 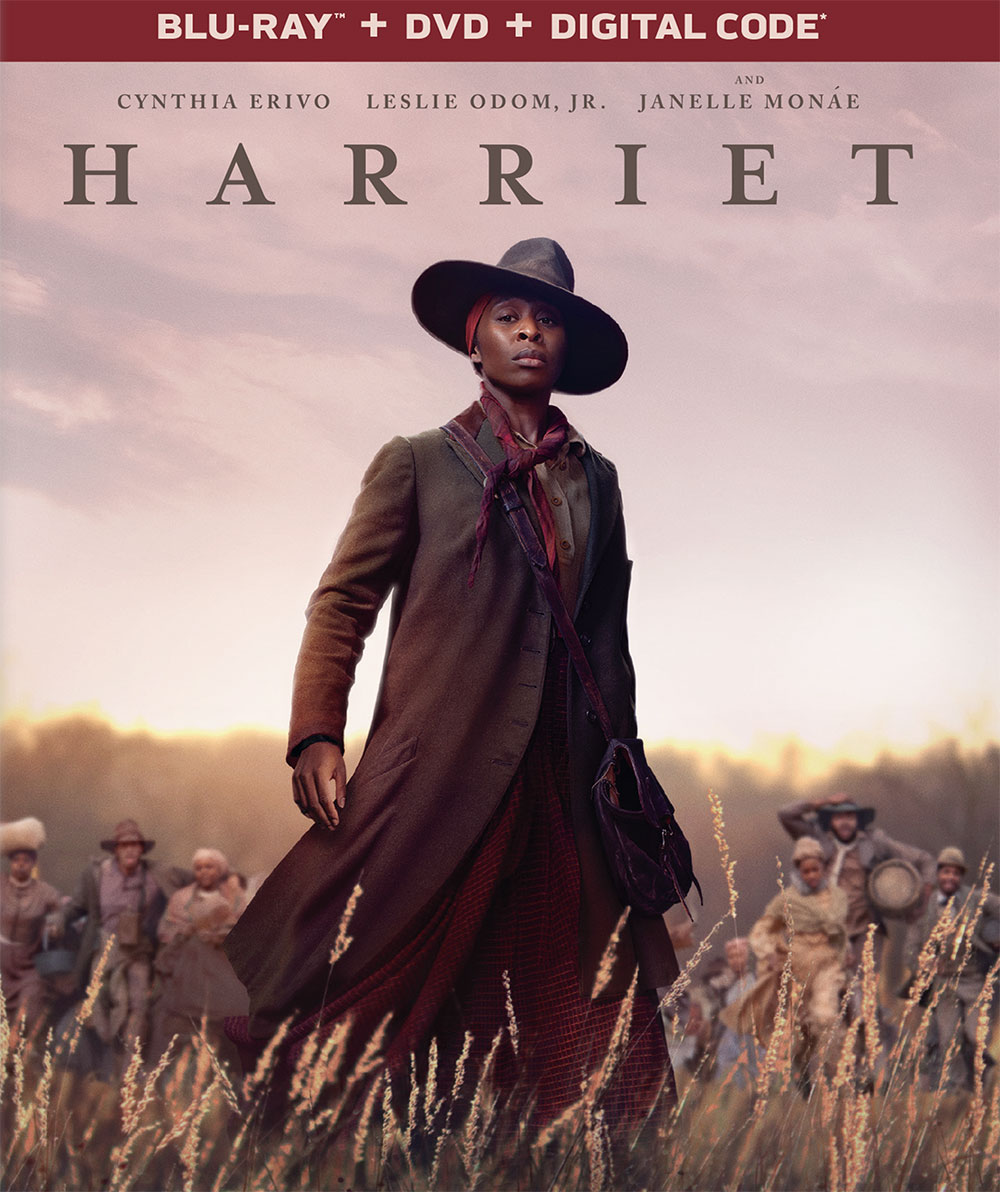