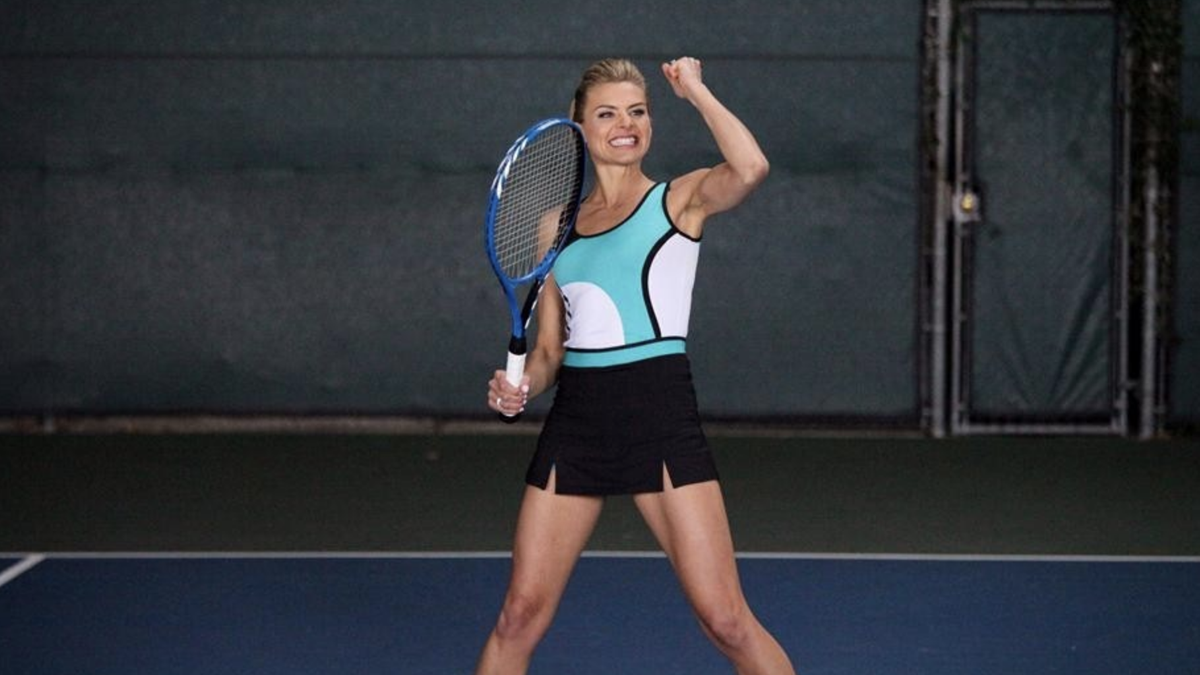 While many claim it to be unfairly canceled after just 3 seasons, I still never got around to watching Happy Endings when it first aired. I’ll be the first to say that it’s hard to get me into a new TV show or sitcom. I’m very picky in that regard. When I saw that the complete series was coming to Blu-Ray, I figured I’d give it a go. I’ve heard mostly good things about it, and the cast is certainly likeable, so I figured it wouldn’t take too much out of me even if I didn’t care for it. I’m a Seinfeld and Curb Your Enthusiasm guy. That is very much my style of humor. I love anything that I can relate to, something that I can say I’ve at least experienced to some extent. While Happy Endings is certainly an entertaining show and easy to watch, it still doesn’t fall in line with something I’d watch on the regular and I doubt I’ll ever return to this show. For the fans out there, however, having this set should make them very happy.

Alex (Elisha Cuthbert) leaves her would-be-husband Dave (Zachary Knighton) at the altar on their wedding day. There’s also Alex’s sister, Jane (Eliza Coupe who looks an awful lot like Cuthbert) who is in a strong relationship with Brad (Damon Wayans Jr.). Lastly, we have Dave’s gay roommate, Max (Adam Pally) and Penny (Casey Wilson). The big draw, at least at first is since all these people are friends, how they move forward now that Alex and Dave aren’t getting married. The do agree to still be friends, so this at least makes things less awkward moving on. The show may draw reminders to Friends and Will & Grace. While inferior to those two sitcoms, it does get a little better as it goes on. Thankfully, the show gets more mileage after a pretty bumpy start, and admittedly flimsy premise. There’s a lot of bromance going on and some rather silly predicaments and altercations as well. The chemistry between the cast is a large selling point here as they all seem to be very comfortable with each other. The writing isn’t always that sharp and sometimes the show relies mostly on the charm of the cast. Unfortunately that wasn’t quite enough to warm me over.

Across the three seasons, there’s a looseness to a lot of the episodes that you can sort of jump in at any time and not feel lost. I will say that while I smirked a few times across the three seasons, the show just didn’t cut it for me. I liked the cast OK, though some of them started to annoy me after a while. I think it’s just too silly and over-the-top for my taste. I prefer wittier and understated humor than what’s on display here. Things remained tolerable, though as I never grew to the point where I wanted an episode to end, but the silliness couldn’t be overcome. I’m glad I got to check this out to see what all the fuss was about, but it just didn’t cut it for me. But at this point, I think the fans know enough of this show that they might just be happy to have all 57 episodes in one collection. It’s interesting to me as well that this series didn’t have a laugh track, something a lot of sitcoms have. I found that a bit refreshing as I can laugh when I feel something is funny rather than when I hear a live audience.

There’s a nice sharpness to the episodes here. It looks exactly how I expect a fairly modern sitcom to look when it arrives on Blu-Ray. The details are strong, nice background shots and details, strong and bold colors as well. Thankfully the print on the episodes displayed no flaws either. All things considered, the transfers look good to these eyes. We get AVC encoded images with 1.78:1 ratio.

The DTS HD tracks are solid, but never feel overpowering. Vocals have the clarity I’ve come to expect, and there’s appropriate background noise on occasion. Whether it be at parties or hearing the busy street life. So while not something that’ll shake your system, it’s presented strongly here nonetheless.

I’ll be honest: Happy Endings didn’t do a whole lot for me. At no time would I call it a bad show, but it’s just not for me. I think at this point, fans who are already familiar with it will just love having the entire series in one collection. In that regard, this set sells itself. You get all 57 episodes, spread across 6 discs. While not overflowing with bonus features, you get plenty to keep you busy for a while. The technical aspects are also strong, making this an easy recommendation for fans of the show. It just didn’t win me over, but different strokes for different folks.