Guardians of the Galaxy Vol. 2 (Blu-ray) 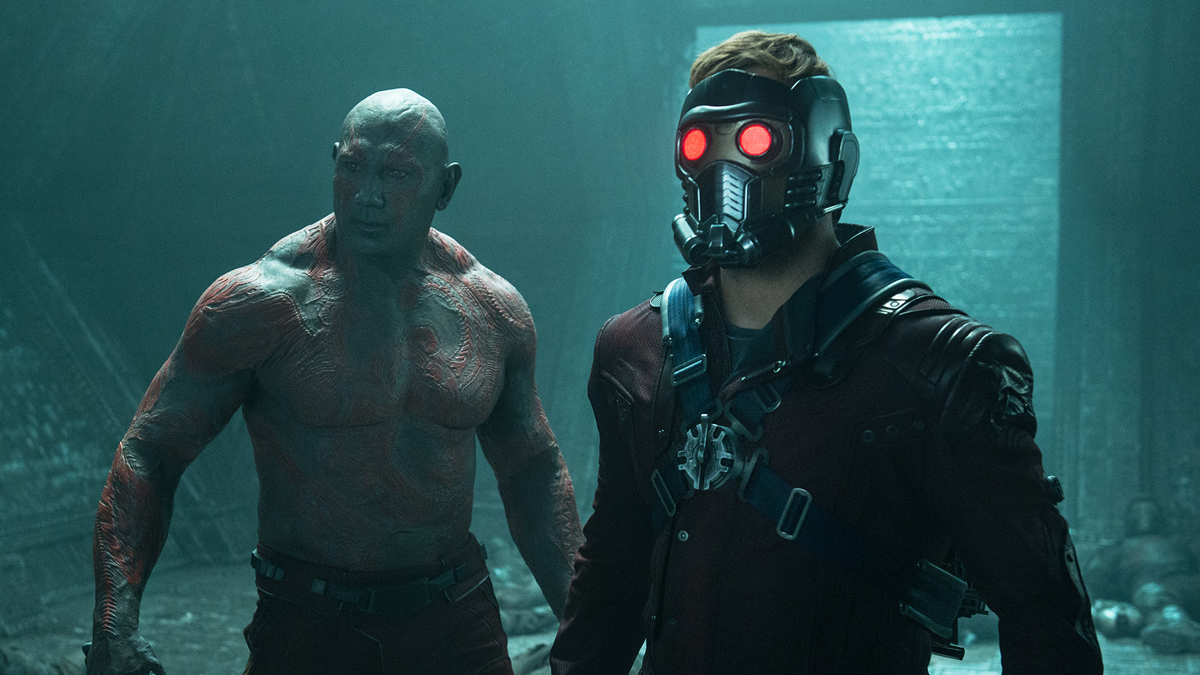 A few years ago, the Marvel Cinematic Universe (here forth referred to as MCU) threw us a curve ball. Only the most avid comic book fan had really heard of the Guardians of the Galaxy. The MCU mainstays like Thor, Captain America and Iron Man were already a well-established presence in both pop culture and the MCU which made Guardians…a head scratcher. The film; fresh, upbeat and quirky, was a hit with audiences and quickly established the “gang” in the MCU. It wasn’t a surprise that a sequel was in the works after the film opened to rave reviews and, well, a robust box office. The past few years have brought us some other “unexpected” Marvel films and all very succinctly tie into one another. No doubt everyone has their favorite member of the quintet, be it Peter Quill’s self-deprecating humor, Gamora’s matter-of-fact personality, Drax’s lack of humor, Groot’s robust vocabulary or Rocket Raccoon’s foul mouth. Truly, Guardians of the Galaxy has something for everyone.

We meet the group in an unforgettable opening credits sequence that I won’t spoil. But no sooner do we meet them than they’re split up. Peter Quill (Chris Pratt), Gamora (Zoe Saldana) and Drax (Dave Bautista) manage to reunite with Quill’s long-lost father, Ego (Kurt Russell). Rocket (voiced by Bradley Cooper) and Groot (voiced by Vin Diesel) are now at war with a race of beings that don’t take kindly to our furry friend stealing some batteries. To save their respective hides they form an uneasy alliance with Yondu (Michael Rooker). Fear not, all of these plot lines converge later on and the gang is reunited.

As with most MCU films, this manages to stand on its own, but it also plays a huge part in the future as well. Mentions of Thanos, scenes of Howard the Duck and the obligatory end credits sequences all set the stage for a third installment as well as the Guardians’ inclusion with the infinity stones/war. I say that not really spoiling anything since this has been building for several years now. Looking at the movie itself, though, it’s a standard sequel. The action is a bit more “in your face”, the humor not quite as fresh and things just don’t seem quite as natural as they did the first time around. But that’s ok. It’s still enjoyable, Baby Groot is adorable and we get a great performance by Kurt Russell who’s been in films for nearly half a century. Not bad. Not bad at all.

Though this isn’t the version reviewed, this film marks the debut of 4K titles from Disney (who owns Marvel). But, after having reviewed nearly 100 Ultra HD/4K titles over the last year, I can say that the difference isn’t as night and day as the marketers would have you believe. But enough of that. There’s really nothing I can say about this film that hasn’t been said already. The 2.39:1 AVC HD image epitomizes what a HD image should look like. The CGI is flawless (I was convinced that the early 80’s Kurt Russell actually exists now!), special effects are prominent in just about every scene. No matter what color the skin, peach, green or blue (or anywhere in between), it looks amazing. Detail is off the charts and I’ll just stop talking now. You’ll like the way it looks. Trust me.

I was curious as to the sound mix on this Blu-ray. Some studios put a next generation mix (Dolby Atmos or DTS X) on their Blu-ray’s and others make you pony up for the 4K version. Disney, with this being their inaugural 4K title, has gone the latter route. So, sorry folks, if you were looking/hoping and expecting a Dolby Atmos track on this Blu-ray, you’ll be disappointed. But you won’t be disappointed in how this DTS HD Master Audio track sounds. Oh no! If it’s ELO’s “Mr. Blue Sky” that kicks off the movie, the special effects in every scene, things blowing up or the “whistle of death” – each and every instance will rattle your speakers and make you glad that you’re watching! Vocals are pure, rich and crisp, LFE are heavily involved and I can’t think of anything else to say. We gave it our highest rating for a reason.

There was hardly any way on Earth (pardon the pun) that this film could fail. It had all the right elements and, of course, sets the stage for not only Guardians…Vol. 3, but the impending war of the Marvel Cinematic Universe. I still liked the first one better and felt this one tried to be just a tad bit too cute. But that’s what sequels are all about. The disc looks and sounds perfect and packs enough extras to warrant a purchase.