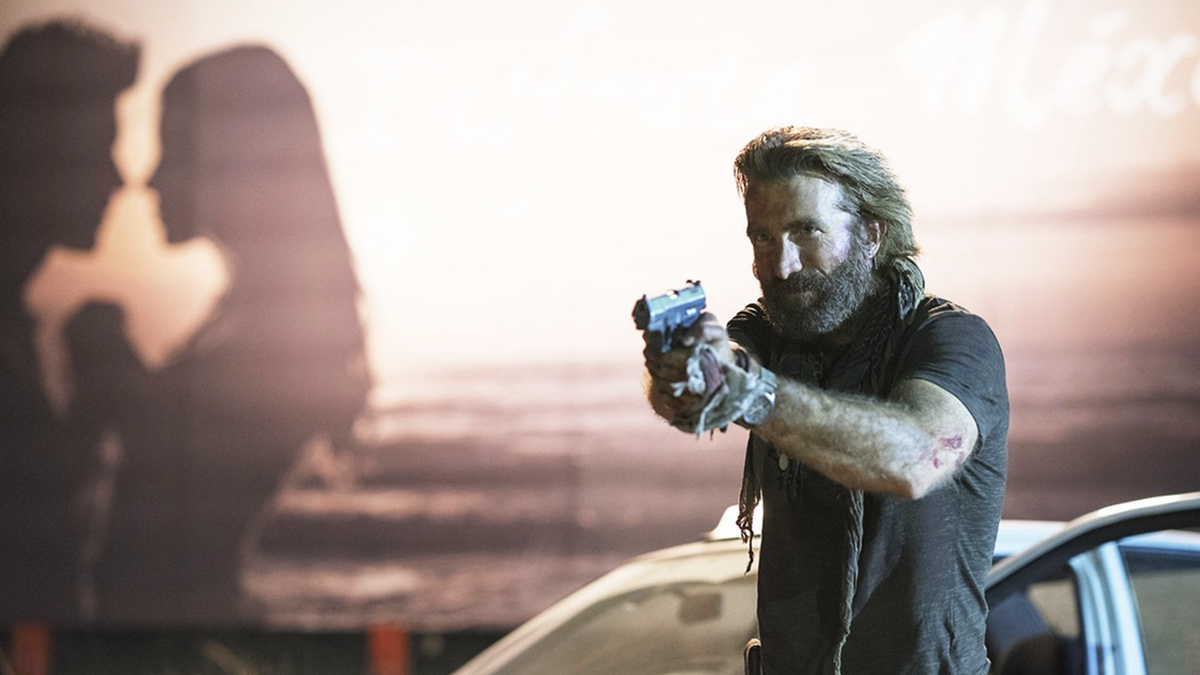 Despite the presence of a talented cast, Gringo can never quite find its footing, and in turn, the final product suffers because of it. This is all the more frustrating when there is so much talent on screen and certainly potential for a great film. Seeing it for a second time on Home Video for this review, the little moments that do work seem even less significant the second time around. In short: you can rightfully skip the film all together.

Directed by Nash Edgerton (Joel Edgerton’s brother, who stars in the film), we meet Harold (David Oyelowo) who works for a Pharmaceuticals company, but fears that his job might be on the line and that he is broke because of his wife’s reckless spending. Harold is told by his boss, Richard Rusk (Joel Edgerton) not to worry and that there will always be a position for him. Richard and Harold, along with Elaine Markinson (Charlize Theron) are to fly to Mexico to handle some business. We see early on that Richard and Elaine are romantically involved, and the two of them aren’t always honest with Harold about what’s going on. Elaine, especially isn’t afraid to use her seductive ways to try and get what she wants. The film is told mostly in flashback as Harold makes a fake call to Richard and Elaine saying that he’s been kidnapped, trying to get five million dollars from them. We learn over the course of the film why Harold is doing this. We get a lot of stuff in Mexico and with kidnappers and the factory in Mexico, but sadly none of it is really that interesting.

There are a several more characters introduced, one of them is played by Amanda Seyfried, but her character hardly seems essential to the big picture. I did like the character of Mitch Rusk (Sharlto Copley). He’s Richard’s brother who he hires to bring Harold back to the States. Truth be told, that’s really the biggest problem with Gringo is that it tries to juggle too many pieces, but the final product suffers because of it. Harold is the one character we can sympathize with, but he’s also probably the least interesting as well. Egerton and Theron have some amusing bits together, but they seem all the more minute in the grand scheme of things.  Despite some good performances, a few colorful characters and a reasonably intriguing plot, Gringo just doesn’t work as well as it should.

With the film taking place in the states and in Mexico, there are some strong visuals at its disposal. Thankfully, the transfer delivers the goods as things are presented with strong colors and detail throughout. Mexico is certainly a strong contrast to the cold of Chicago where the film starts off, but the contrast works well here. Flesh tones are nice and smooth and there’s a sharpness I’ve come to expect. The transfer is AVC encoded with a 2.39:1 ratio.

The DTS HD track does well for the film too since this one is particularly busy. Vocals are fine and clear, but there’s plenty of action here that rises to the occasion. There are gunshots, car chases and all kinds of things that keep us involved. The track stays active and involving to make this one a winner.

Gringo was slightly more enjoyable the first time I saw in theatrically, but still had its share of flaws. They were even more evident the second time I saw this. It’s nice to see an original film in this age of endless remakes and superhero films, but this one needed a rewrite or two. I think with a better director, he could’ve shaped the film better. There are some great performances and memorable moments, but they’re lost in the grand scheme of things. It’s a close call, but you can skip this one.