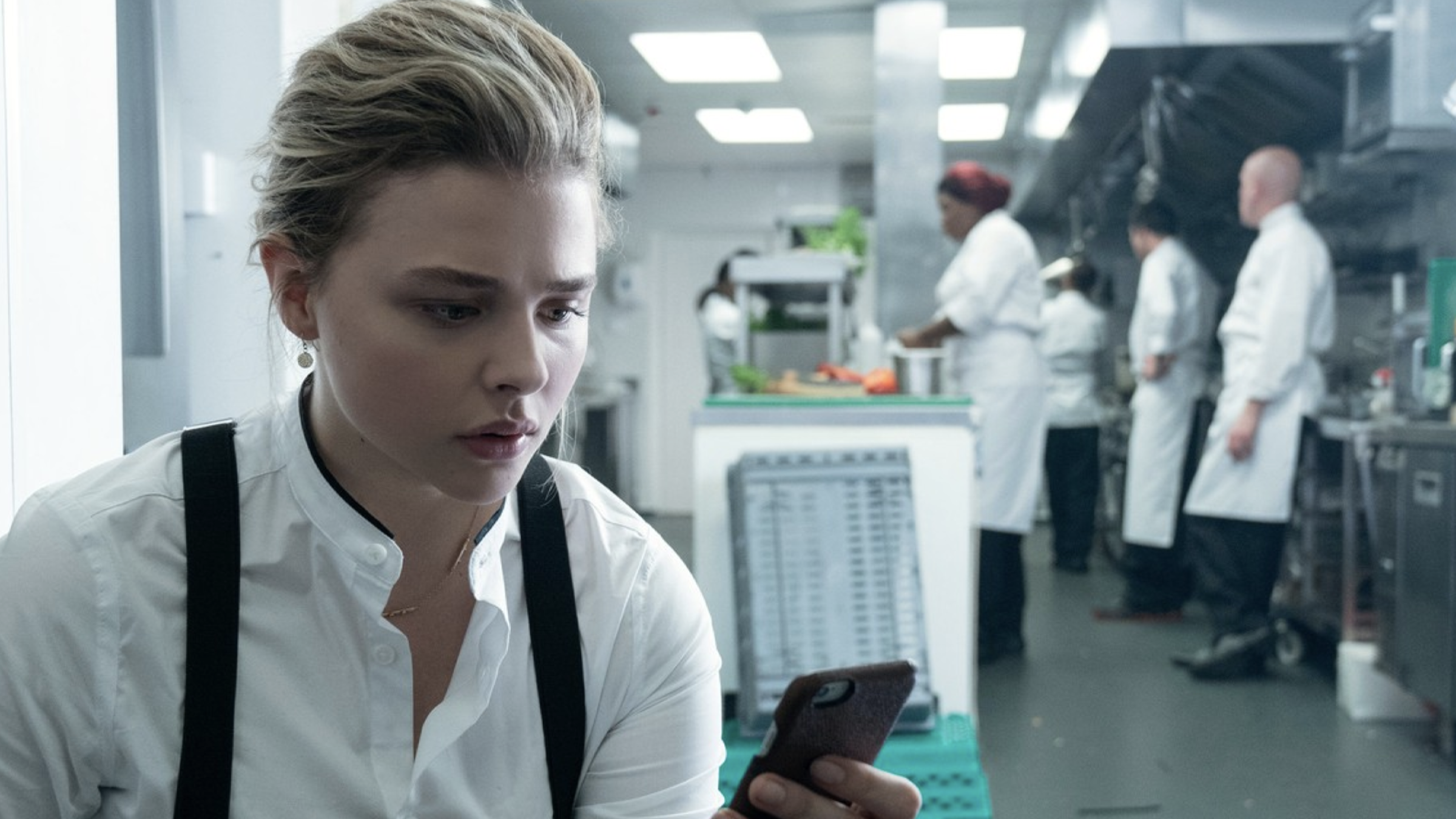 I’ve been somewhat entranced with Chloë Grace Moretz since I saw her in Kick-Ass nearly a decade ago. Please try and remove any “creepy” sediment from that statement, I really do admire her as an actress. She’s had a variety of roles to showcase her talent, so when I had read some early reviews of Greta I was a bit perplexed. What’s not to like? On one hand, you’re got an Academy Award Winning Director in Neil Jordan (though, admittedly, he won for writing and not directing) a popular young actress and a seasoned veteran actress whose credits are in the triple digits. Having seen more than my fair share of films, I can say that even when all the pieces are there, it’s not always a recipe for success. Such is (or might be) the case with Greta.

Moretz plays Frankie, a recent college graduate who moves to New York to try to make it. She’s recently lost her mother and lives with friend Erica (Maika Monroe). Erica has just inherited a loft from her family. Frankie, while riding the subway, finds a purse with some ID. Trying to do the right thing, she looks up its owner and returns the purse. As it so happens, the purse belongs to Greta (Isabelle Huppert). Having just lost her mother, Frankie clings to the bond that immediately forms with Greta and all is fine and well. But nothing lasts forever and it’s not long that Greta’s affection borders on annoyance. That and Frankie finds dozens of identical purses that match what she found. Things get creepy and Greta turns into more of a stalker than a friend. Can Frankie and Greta find some happiness in life or was the line drawn by Greta’s longings for affection?

I read somewhere that this film is a lot like those made in the 90’s. So if you’ve seen films like Pacific Heights, Deceived or The Fan then you’ll know what to expect here. Granted, with the advent of technology, stalking has become much more commonplace (and, dare I say, “easier”) than it was back then. I always have to think to myself “why don’t these people realize what’s going on?” But again, that’s me. Ultimately Greta turns out to be somewhat formulaic and predictable, though there are a few twists and turns to be found. As I mentioned above, this won’t really impact the careers of anyone involved, after all it wasn’t horrible. The lesson to be learned is that when you find a purse on a subway, either ignore it or just take the money and run. You’re welcome.

There’s nothing exceptional about this film, but that’s not to say it looks bad. Certainly Neil Jordan knows how to create a good-looking film and I consider Interview with the Vampire to be one of the most beautiful films I’ve ever seen. That said, this is a far cry from the bayou of New Orleans. We get some choice shots of New York City, though the majority of the film is in dimly-lit apartments. Flesh tones seem warm and natural, detail is fine and so forth. It’s pretty much what we’d expect from a new movie to Blu-ray.

Included is a fairly robust (at times) DTS HD Master Audio mix that has some moments of greatness. There’s a hum of traffic, subway cars, people in restaurants and other “background noise” that adds to the allure of the film. Vocals seem spot on, Hubbert’s accent shines through in fine form. Surrounds are used for some added ambiance, though nothing that really seemed all too memorable. Not to sound like a broken record as it’s good, but nothing that’s all too memorable.

Greta didn’t really do it for me. Though the two leads did fine in their respective roles, it just didn’t seem to click. The (lack of) success of this film won’t negatively impact either’s career and it’s nice to see Neil Jordan helming a major film again. Universal’s Blu-ray looks and sounds good and a smattering of supplements help, but this one is really only recommended for true fans of the film.