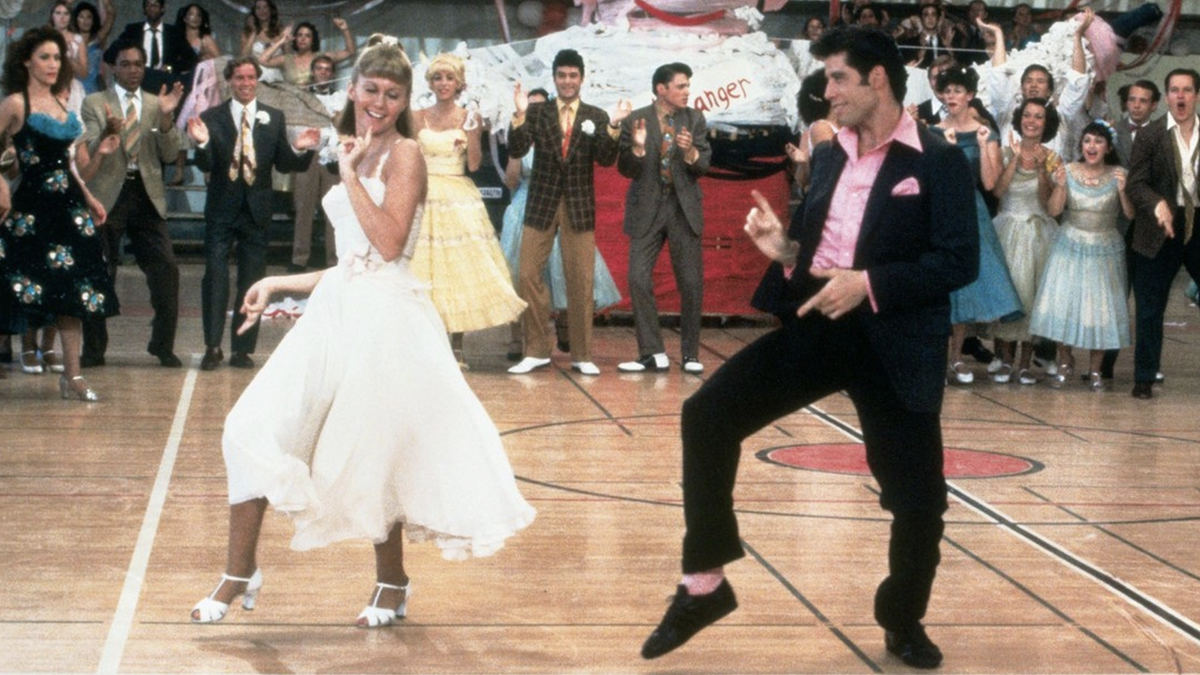 There are some films in Paramount’s vault of catalog titles that are, always have been and most likely always will be pure gold. One of those titles in question is Grease, the movie that made John Travolta a star and one of the most endearing musicals of all-time. Odds are that even if you haven’t seen the film, you undoubtedly know the songs and with classics like “Summer Love” and “You’re the One that I Want”. It’s kind of hard not to get into the film and really enjoy it. Grease was so successful that it inspired a sequel, the aptly-named Grease 2 and these were in the days when sequels weren’t that commonplace. Grease 2 didn’t live up to the original, but did have its share of good moments. Regardless if you’re a fan of musicals, there’s something alluring about this film that makes it one of the more entertaining and enjoyable films out there.

What Grease lacks in plot, it more than makes up for in sheer fun. The musical numbers of the fabulous 50’s sound just as good as they can and the cast seemed to have fun while doing the movie, it just shows. Essentially Danny (John Travolta) and Sandy (Olivia Newton-John) had met earlier that Summer (hence the “Summer Nights” song), but now school has started and their romance has ended. But, as luck would have it, they are reunited when Sandy arrives at the same school as an exchange student (what are the odds). Danny, initially overjoyed to see his lost love, quickly becomes a very different person in order to keep his cool with his buddies. Sandy pursues Danny and eventually decides the way to win him back again is to become like him, part of a gang and hence we have the “slut Sandy” as she’s been called (though it’s more of a slang term). Though the course of this, we meet up with some rather interesting characters and some even have their own solos (“Beauty School Dropout”, etc.).

The essential message of Grease tries to recreate the atmosphere of the 50’s, then only twenty some years in the past. While the movie is a bit dated, it stands up well over time. Personally, I felt that the movie took itself a bit too seriously and I prefer the Maxwell Caulfield/Michelle Pfeiffer duo that graced Grease 2. The truth is that Grease is just one of those movies that you have to see. It’s a great musical, and it fares well as a love story too (it found a way onto the American Film Institute’s Top 100 love stories of all time). We see Travolta dance, as he usually does and the ensemble cast and songs are great to sing along to.

Now celebrating four decades of “rockin’ and rollin” Grease has been given the 4K treatment by Paramount. One of the jewels in its crown, I had the highest of expectations when it came to how this looked. Thankfully the 2.40:1 HEVC 4K transfer doesn’t disappoint. Colors seem more vivid and lifelike, detail has been increased and the HDR (along with Dolby Vision) really do make an impact on the overall bottom line. Looking at the film, it’s the little things that really do stand out. The detail and texture in the spandex pants, the pink of the shirts, the background ambiance. It all adds up to one fine-looking film and it’s never looked better than on this Ultra HD release.

Oddly, Paramount chose to stay with the Dolby TrueHD mix that was found on the 2009 Blu-ray. That’s not bad and it does have some truly good-sounding moments and if a musical doesn’t sound that good then really, what’s the point? The soundtrack resonates through all the speakers giving us some ambiance and I was surprised at how much the surrounds really came into play. There were some surprises as well such as when the hot rod car starts up, the fire coming from the exhaust activated the LFE which sounded awesome. Dialogue sounds good as well, though most of the dialogue is in the form of song. Suffice it to say that Grease sounds as good as ever.

This Ultra HD version ports over most (if not all) of the supplements found on the Rockin’ Rydell edition of the Blu-ray. To Paramount’s credit, we do get a few new supplements thrown into the mix (as well as some new cover art, if it matters).

Grease has legions of fans and will most likely always be a staple of a home video format. Paramount has done this version right, though, adding some new supplements and giving the film a new 4K master. The lack of a Dolby Atmos soundtrack is a bit disappointing, but the TrueHD mix is by no means bad. If you’re working on a 4K library, this one is kind of a no-brainer.