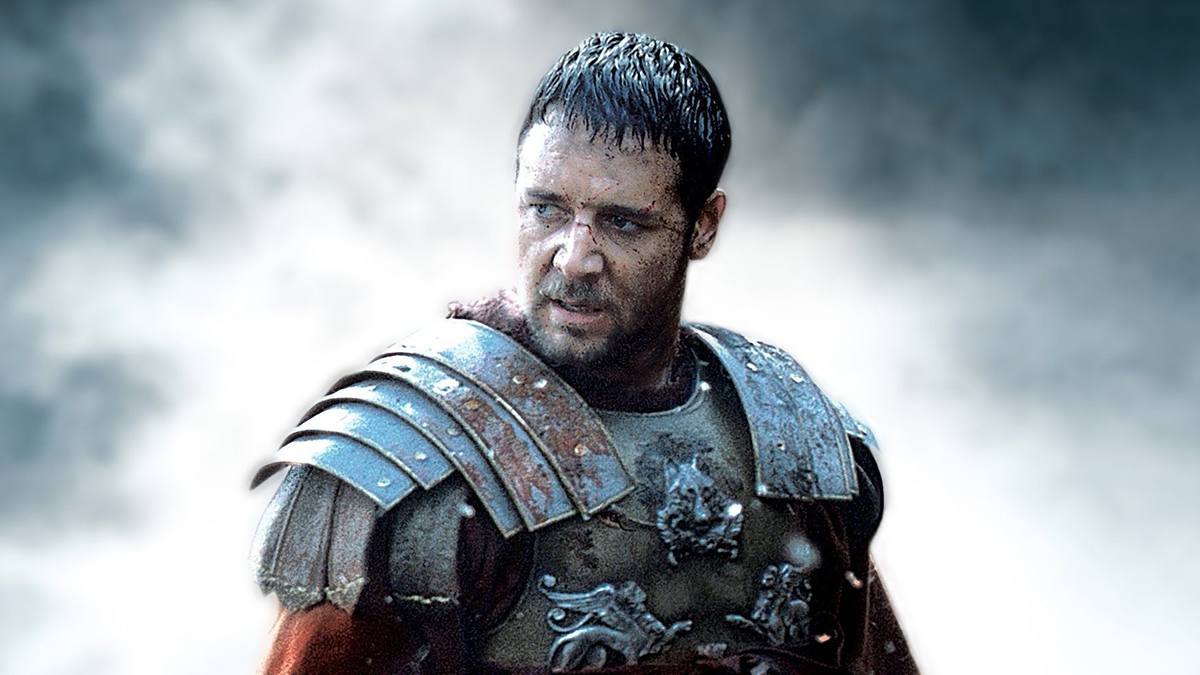 I don’t see a lot of films in theaters anymore. On one hand it’s nice (and relaxing) to sit back in the comfort of my own home and watch whatever I want on my TV.  I don’t have to deal with traffic, people checking their cell phones and certainly don’t have to pay the exaggerated costs to see a film when, in my case, I know I’ll most likely have it in under 60 days. But there’s one thing lacking in all that – the experience. As I review some older films I remember where I was or who I was with when I saw them in theaters. And that’s something that’s lacking when I just wait for the Blu-ray or 4K to show up at my doorstep. Such is the “story” with Gladiator. I remember where I was, what I was doing both before and after the film and kept rolling my eyes at all the comments the man was making in the film when the “incesteous” scenes came up. It’s little things like that that I remember and the film itself, of course. Ridley Scott won a long overdue Best Director Oscar for his work and Crowe beat out favorite Tom Hanks for Cast Away. Yes, 2000 was a great year for films and this one was king of them all.

After yet another win in a crucial battle for Rome, General Maximus (Russell Crowe) is more than ready to return home, where his wife and young son await his presence. But his emperor, Marcus Aurelis (Richard Harris) has other plans for him and asks him to take the reigns of the empire, as he is old and will soon be dead. Maximus soon leaves to think over this offer and after him, Marcus’ son, Commodus (Joaquin Phoenix) enters to meet with his father. After he is told the news of Maximus becoming the next leader, Commodus breaks down and implores his father to reconsider, but he doesn’t. Commodus murders him and then assumes power, as well as the service of Maximus. When he refuses to pay tribute to the new leader, Maximus is taken into the woods to be executed, but he escapes. He charges toward his home and all he can think of is his family, which he wishes to see very much. But when he finally reaches his home, he discovers his wife and son have been killed, then put on display for all to see. In total depression and madness, Maximus ventures into the deserts and passes out, when slave traders pick him up and make him one of their workers. He is soon sold to a promoter, who plans to profit by his death. But when his skills surpass all the others, he is given the chance to travel to Rome, where he would be within striking distance of Commodus. When he reaches Rome and enters the field of battle, will he survive long enough to get his chance for vengeance?

Gladiator was well-hyped and was one of the few to deliver on that hype. It took home Best Picture, Best Director, Best Costume Design, Best Sound and Best Visual Effects. Add to that, it was one of the few that managed to win despite having been released the previous May. Others like Forrest Gump, Braveheart and Silence of the Lambs were also released in the “non-traditional” time of year. Having said that, Gladiator really is one for the ages. Many films come and go and some even manage to win awards, but this one is just as good as the first time I saw it. And, you know what, it still manages to convey emotion to me. That’s saying something form a guy who looks as the technical aspects of a film as opposed to appreciating the subtle undertones of a masterpiece. Crowe is at the top of his game and equally as good is Joaquin Phoenix, who is as bad as they come. It’s a testament to how good a movie can be when it’s firing on all cylinders.

This is the third (perhaps fourth, I can’t remember if this had an HD-DVD release or not) format for Gladiator and to no surprise, this is the best-looking one of them all. Paramount has gone back and really given top treatment to some of their “A” list films like this, Braveheart and Forrest Gump. I suppose that’s how you know when a format is going to succeed – when you have films like these as part of the catalog.

Having said that, Gladiator’s previous Blu-ray release was remastered and you’ll find that version as part of the mix. But the real draw is the 4K version and simply put, it doesn’t disappoint. The film’s various color schemes come off well here, from the metallic laden hues, glowing amber sequences, and even the more natural scopes, it all looks just as it should here. I saw no smears, discoloration, bleeding, or other errors, while flesh tones seemed warm and consistent as well. The contrast showed no problems either, black levels are dead on and detail is always high, even in the darkest of scenes. The HDR really sets off the mood and gives the picture a look and feel I’d have not thought possible. This is a gorgeous-looking film and it’s never looked better than it does than in 4K.

The film has never been lacking in the audio department, either. It took home the Oscar for Best Sound, so it would stand to reason that this will (and should) test the limits of your system. There is a new DTS X track that takes place of the previously-released DTS HD Master Audio mix found on the Blu-ray. The surrounds will be pulsing from pillar to post with these mixes, which immerses the viewer and really puts you right in the middle of the action. Of course, the action based sequences make for more active sessions, but even the slower paced scenes provide ample audio presence. You can hear the slight audio touches as well, even when the powerful elements are in full effect, which is very impressive. The musical score is well presented in the mixes also, very expansive and allowed to flow throughout the system, which means it is always effective. No issues with the dialogue either, the vocals seem clean, clear, and crisp at all times. There’s nothing left to say – this new mix delivers on all accounts and it’s right up there with Saving Private Ryan.

We’ve got no shortage of supplements on this three disc set. The Ultra HD features the two commentary tracks as well as Scott’s introduction to the Extended Edition. The rest of the supplements are found on the other two discs.

This is, simply put, one of those titles that should be a part of your collection and, more to the point, your 4K collection. It’s never looked or sounded better than it does here. The lack of any new features is a bit of a missed opportunity by Paramount, but with the wealth of information already on the discs – it’s hard to imagine what other material actually exists (that’s not already included). 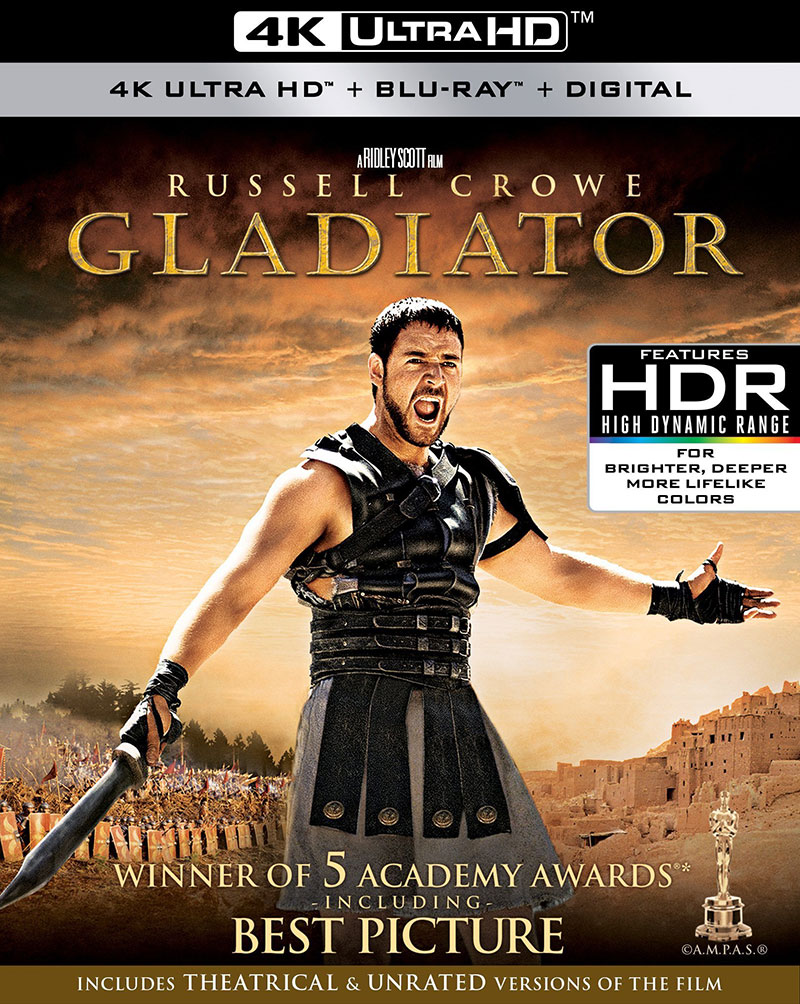