Ghost in the Shell (Steelbook, Blu-ray) 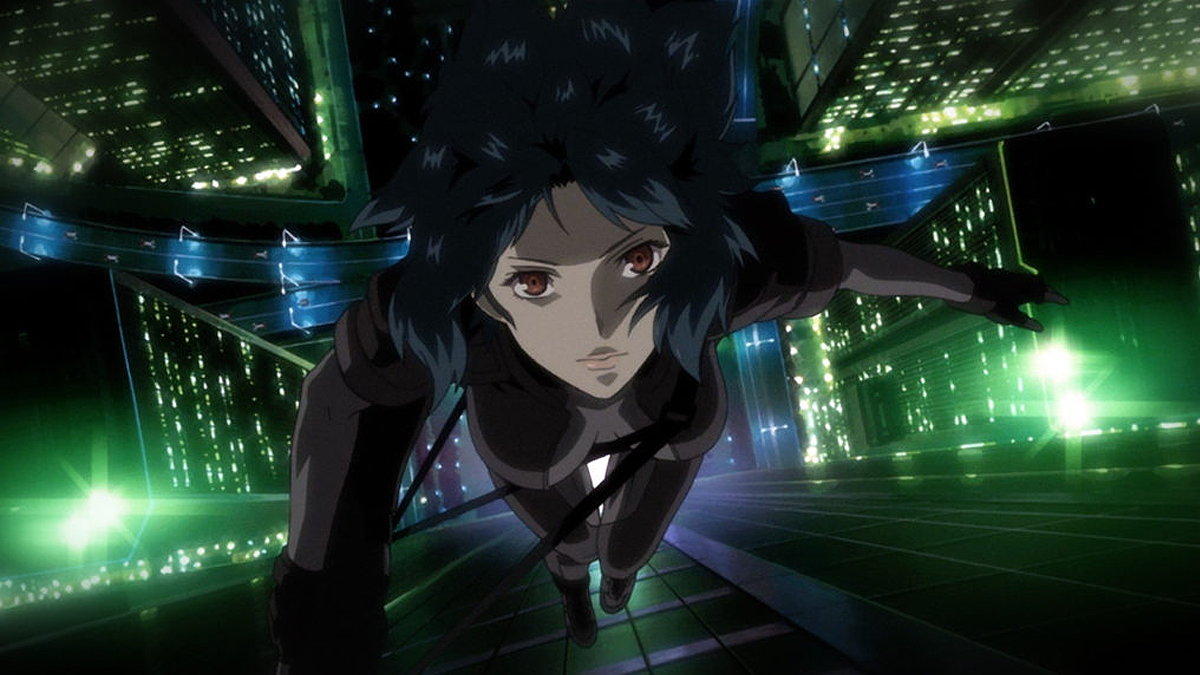 This film has an intense and complex storyline, so instead of covering all the branches to be found, I will provide a general overall synopsis. In this fashion, you can watch the more subtle portions unfold, which I think adds a lot to the movie’s experience. In 2029, the world has become heavily reliant on electronic information, which means the bulk of the vital information could be taken down, if precautions aren’t taken beforehand. The authorities are always on the watch for crimes, but as their forces evolve, so do the hackers and it becomes almost impossible to ward them all off. In an effort to minimize the hackers and their attacks, a special unit has been formed to deal with them, Section 9. This team consists of powerful and well connected cyborgs, who can access whatever they want, whenever they want. A skilled hacker has still been able to crack through the system though, taking over human minds and calling himself the Puppet Master. As the total victim count continues to rise, a female cyborg and her human partner have to track down this elusive hacker, before it is too late.

Even if you dislike most anime titles, Ghost In The Shell is one flick you won’t want to miss. It uses elements of action, adventure, science-fiction, and even more genres to conjure up a terrific viewing experience. You can see elements of this film within The Matrix, although I happen to think they’re better presented here in Ghost In The Shell. The storyline can become a little hard to follow at times, but I think sci/fi veterans should be all right in the end, as no real gaps seem to be present. The story is very well developed and so are the characters, which is always welcome within any film, even in anime. The action driven sequences were my personal favorites, but I think all the scenes work well and no real dull moments to be found here. This film does have a lot of violence, strong language, and even some nudity, so while it is an animated features, this one isn’t for the wee children in the house. If you’re a fan of action and sci/fi, especially within anime, then Ghost In The Shell is more than worth a look. A rental will suffice in some cases, but this is a film that gets better each time, so a purchase is also a worthy investment.

So there is no confusion, this is the same disc as has been previously released. No new transfer has been done, this entire release is all about the packaging. That said, the 1.78:1 AVC HD image looks stunning. Granted, it’s an anime film so it’s a bit all over the map and can’t really be compared to a standard live-action film, but I have to admit that this is, by far, the best the film has ever looked. Contrast is stark, black levels are rich and deep and the film seems to have a nice “film-like” quality that I hadn’t noticed before. It’s an amazing effort and fans will eat this up.

This new Blu-ray does include a DTS-HD Master Audio 5.1 English track and a LPCM 2.0 for the Japanese track, though the 2009 Blu-ray had dual DTS HD Master Audio 6.1 tracks. I have no idea why that decision was made, but it’s worth noting nonetheless. Vocals are strong, but some of the surround effects are a bit on the thin side. That’s not to say that they sound bad by any stretch, but rather they just seem to lack the depth that some other films of the time possess.

Like the 25th Anniversary edition, this edition contains no supplements. The company, Mondo, specializes in creating cover art and with this being a steelbook, it’s more aimed at the collectors out there. So if you’re not into that sort of thing, keep the version you already own and save your money.

Oh and yes, the subtitles are still messed up from the previous version. Nothing was fixed there.

Ghost in the Shell is one of the better anime movies out there and even two decades after its release, it still has legions of fans. This new release is all cosmetic, though, aimed at the collector. With the live action movie coming out later in 2017, perhaps we’ll get a special editon done right on this title, but as for now – this isn’t it.