Shout!Factory, through their GKIDS line, recently released the Japanese short anthology collection Modest Heroes. On the heels of that collection, they turned their attention back to two anthology films that were released in 2007 and 2008 with some well known anime directors – Genius Party and Genius Party Beyond. Shout!Factory has been kind enough to bundle both films into one comprehensive set at an affordable price. The first film features seven unique shorts and the second film features five shorts. I sat down the last couple nights to view the films. With over three hours of material, it was a foregone conclusion that it would take me a couple nights to view

The films are both from animation studio Studio 4°C. The goal of the films was to give animators a chance to make whatever films they desire built around “the spirit of creativity.” The films brought together directors including Masaaki Yuasa (Devilman: Crybaby) and Shinichiro Watanabe (Cowboy Bebop.) Hideki Futamura, an animator Perfect Blue also contributes. Other animators include Atsuko Fukushima, Shoji Kawamori, Shinji Kimura, Yoji Fukuyama, Mahiro Maeda, Koji Morimoto, Kazuto Nakazawa, Shinya Ohira, and Tatsuyuki Tanaka.

I am pleased to say that this anthology film set is strikingly original and for the most part satisfactory. For a generation that grew up watching MTV’s Liquid Television, these anthologies will feel familiar. The numerous artists that made the films in this set achieve and fail in equal measure. there were at least four segments that I thought were great (especially the segment by Shinichiro Watanabe,) four that were okay, and four that I didn’t care for at all (Doorknob, Deathtic 4, and a couple others.) In looking at the set overall – those are pretty good statistics. People familiar with these sorts of things will probably find this collection of interest.

Regardless of whether or not the content appeals to you, the artwork displays a good amount of talent and ambition. The shorts include works that are surreal and fantastic, dystopian, and fairly realistic. It all comes down to how those individual directors approached their material. As an art fan, it was nice to see a collection with this varied an approach.

If you are a fan of MTV’s Liquid Television, I think this set will remind you of those glory days from yesteryear.

Shout!Factory presents Genius Party/ Genius Party Beyond with an AVC encoded 1080p transfer in 1.85:1. The presentation looks really great. Fine detail is excellent, and colors and clarity are superb. The films’ visual approaches are all disparate from one another, but they all shine in the Blu-ray format. I can’t imagine the film looking any better than it does here. Fans that had DVD copies will want to consider an upgrade.

Genius Party/ Genius Party Beyond is a solid release of 12 short Japanese animated features that revolve around creativity. Some of the results are great, some are okay, and some are pretty bad. Overall, whether this will appeal to you or not is in the eye of the beholder. Art lovers and fans of MTV’s old Liquid Television series will find this set enjoyable for the varied artistic techniques used in the short films. It is nice of Shout!Factory to combine both films for one reasonable price. Overall – this is an enjoyable set for anime fans that like short films. 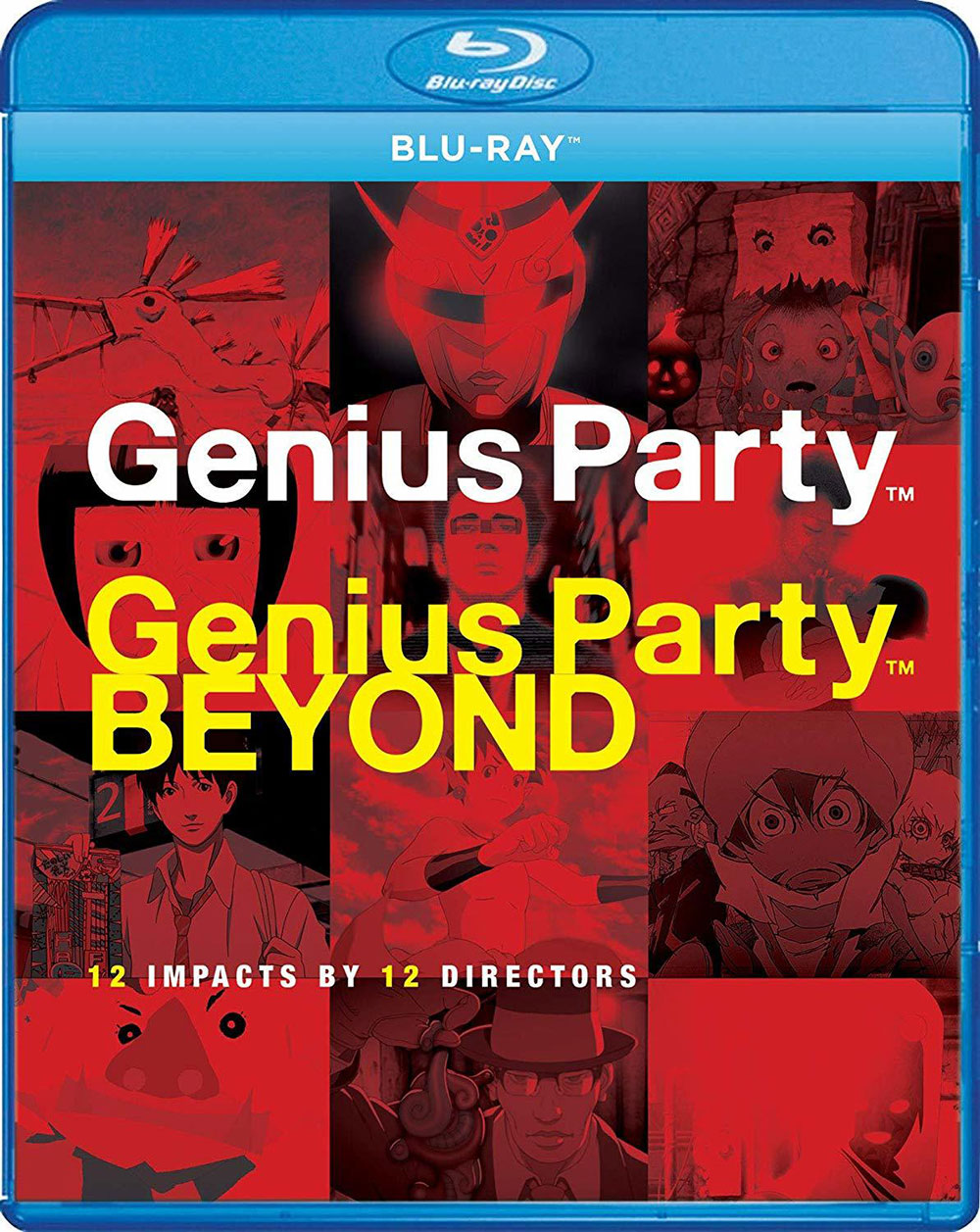