Warner Archive collection has steadily released some of the most important classic films from their vault with pristine HD transfers. Whenever the label focuses on the noir films from their large catalog, viewers are in for a treat. With the release of Gaslight, they have given viewers an opportunity to see one of the most influential psychological thrillers from the 1940s. Directed by George Cukor in 1944, Gaslight is a Victorian noir that has inspired films for decades. The film was a remake of a 1940 British film, but the Cukor version is better known. I was excited that thanks to this release I would finally get to see Gaslight which is commonly cited in film criticism. After watching the film I understood how the archetypes depicted in it have been reignited in films since.

In gaslit Victorian London, a murder has occurred with no apparent solution. Paula (Ingrid Bergman) leaves by stagecoach to Italy to think of the future and not the past. Maestro Guardi teaches Paula to sing but she struggles. She is distracted because she is in love. Unbeknownst to the maestro, she has fallen in love with her piano accompaniment, Gregory (Charles Boyer.) They have only known each other for two weeks but he wants to marry her. She wants to leave for a week so that she can decide. On the train she meets a woman (Dame May Whitty) from London who lives at Thornton Square. She explains that ten years earlier at 9 Thornton Square a famous singer named Alice had been murdered, not realizing she is speaking to the niece of the deceased. When Paula steps off the train, Gregory is waiting on Paula. While spending time at the Italian hotel, Gregory recommends that they live in London in a house in a square. She reveals that her aunt had left her the house in Thornton Square. To fulfill his dream, she decides that they can move there once married, despite her traumatic experience there. Her aunt had died in front of her portrait next to the fireplace- strangled to death -when Paula found the body. Arriving at the house, Paula finds a note from somebody sent to her aunt two days before her death, and Gregory snatches it from her hand. He says that she must forget her for them to build new happiness, and Paula replies that she must only forget the murder. Gregory takes hold of the household affairs and hires on another staff member, Nancy (Angela Lansbury.) He tells the staff that Paula is high strung and not well. Over time Paula is convinced by Gregory that she is losing her mind. At the same time a Detective from Scotland Yard (Joseph Cotten) becomes interested in the unsolved murder and the jewels that were never recovered from the scene of the crime.

Gaslight is pretty dang fantastic. Ingrid Bergman won her first Academy Award (of 3) for her performance in the film. As she struggles with her fear that she has gone mad, it is hard on the audience. She makes you feel every emotion and her desperation as she is toyed with. Bergman was a fantastic actress and her work here speaks for itself. You can’t help but believe that she is going through Hell. Charles Boyer is the villainous husband that every actor has tried to emulate since. He is so cold, menacing, and calculating that he makes one of the better film villains of the golden era. I also enjoyed both Joseph Cotten and Angela Lansbury, but their roles are not nearly as meaty. Lansbury secured an Oscar nomination at the tender age of seventeen with her performance. The real show is watching the interaction between Bergman and Boyer. It will make you mad as hell. The finale ends with one of the great monologues and Bergman delivers the goods there in a way that should inspire every woman ever called crazy by their partner. It is Oscar caliber stuff.

George Cukor takes his time with the film and lets things play out slowly to the point of exasperation. The film is tense from the beginning and he never lets the film fall out of the paranoia that it is trying to spin. The film looks and feels like one of those great Alfred Hitchcock Presents episodes that I watched as a child.  I love all the atmospheric touches employed in the film. London never appears any way but foggy and the film was entirely filmed on a soundstage so they could control every aspect of the atmospherics. The set design is fantastic – convincing and claustrophobic. Also of note is the smartly orchestrated score by Bronislau Kaper.

Let’s shine some light on this video treatment. Warner has provided a good looking 1080p presentation from a recent 4K scan of a second generation safety fine-grain master positive in an aspect ratio of 1.37:1. This film is not as crisp and beautiful as the recent editions of Gun Crazy or Out of the Past, but that is partially because of some of the hazy in-camera effects used in the film. I feel like the transfer itself for the most part looks pretty pristine, but I also want to temper expectations just a little bit on this release. I think that Warner did the absolute best that they could do on this release, but people accustomed to some of the amazingly rich black and white films that have hit Blu-ray shelves in the last few years may find that this presentation is just a little muddier than some of those. Overall, I would still give the video presentation high marks.

Warner have provided a great DTS-HD MA 2.0 mono track. The score by Bronislau Kaper is atmospheric and wonderful. Dialogue is clear and crisp. It is a balanced audio presentations without any notable hiss or distortion. Fans of the film will not be crazy to think this sounds the best it has ever sounded.

Gaslight is an influential film for a reason. It does everything well. It is deliberately plotted, perfectly acted, and beautifully shot. It is easily one of the defining psychological thrillers from the golden age of cinema. Bergman and Boyer are a perfect acting match. Warner has provided a good looking transfer with superb audio. Highly recommended. 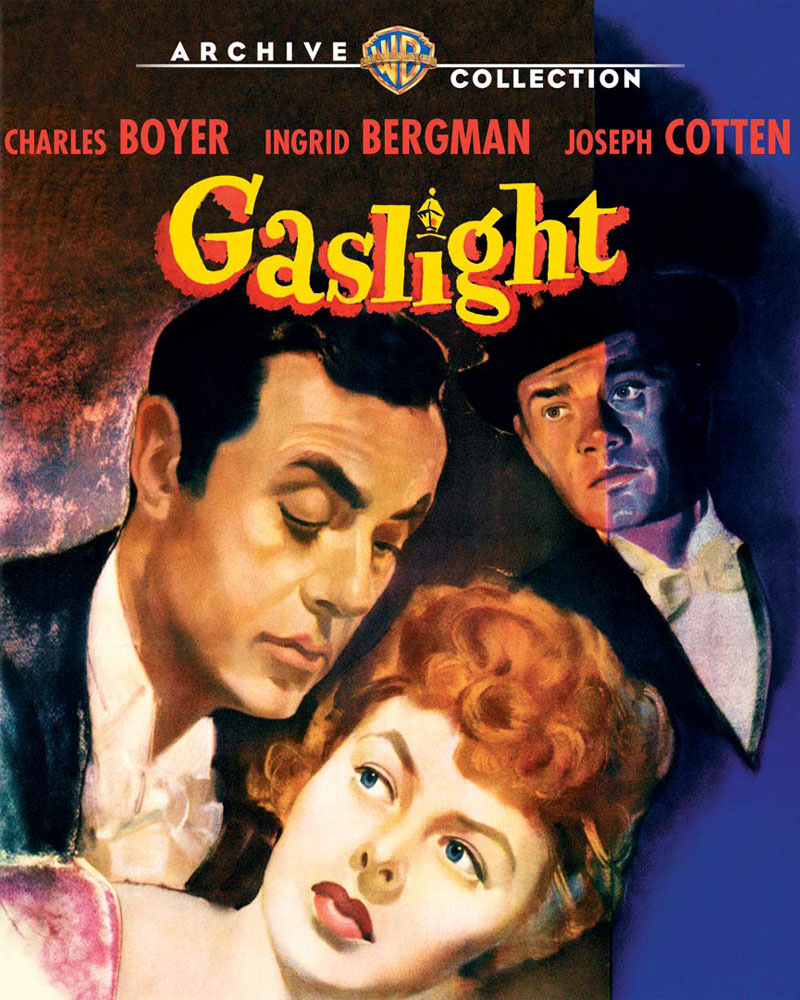