From the Earth to the Moon (Blu-ray) 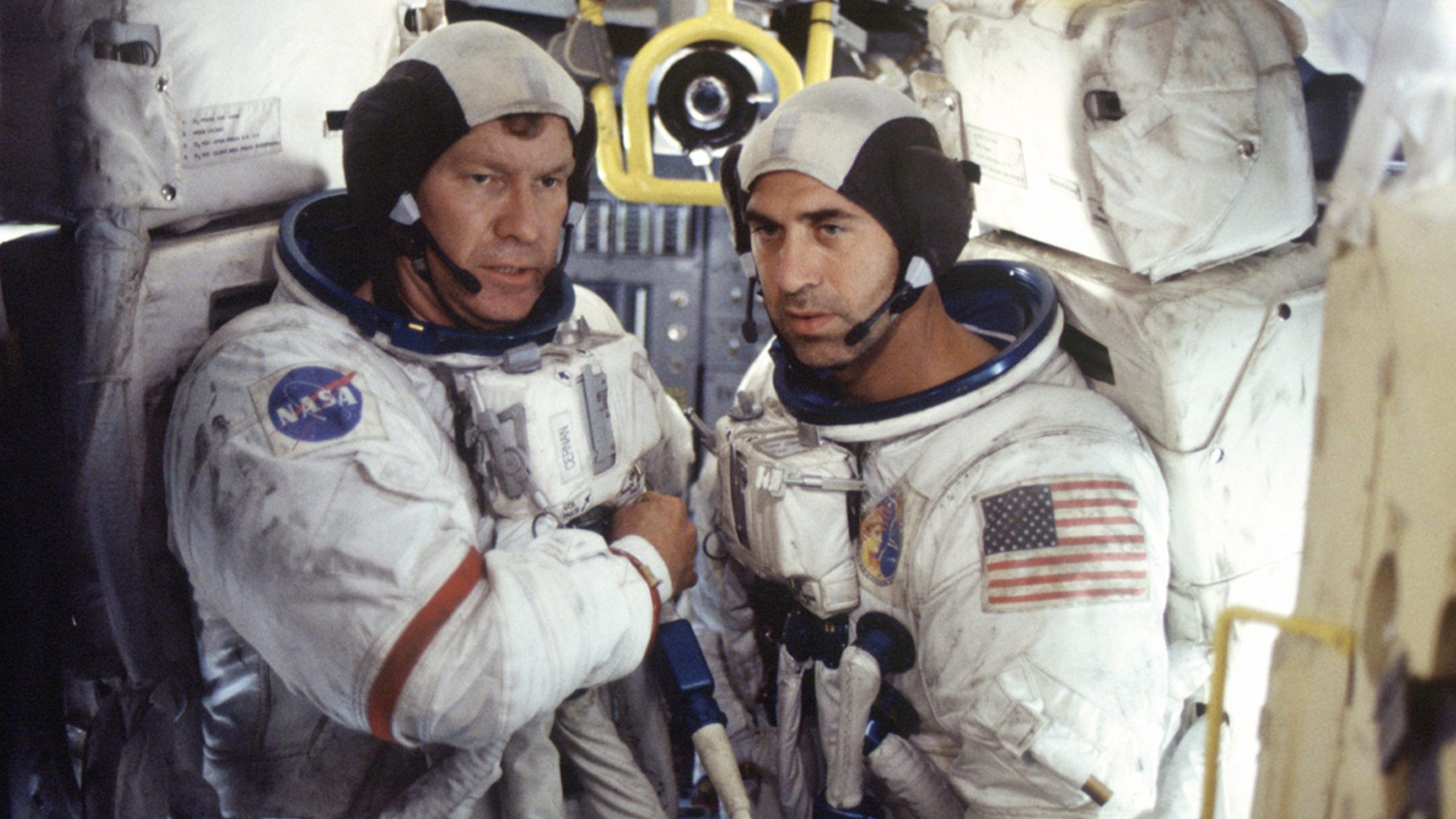 In April, 1998 HBO launched From the Earth to the Moon. Produced by Tom Hanks and Ron Howard, the same team that was responsible for Apollo 13 only three years prior, it was an unprecedented event. Let’s recall that in 1998 television was still ruled by the big three networks…and Fox. HBO was still a “premium” channel that had to be paid for (it still is, actually) and though they were somewhat known for their original programming, it was nothing like this. With Hanks and Howard at the helm, From the Earth to the Moon had a budget of nearly $70 million – more than most feature films. And, let’s not forget, this was before Sex and the City and The Sopranos, two shows that really put HBO on the map. It was released in two hour segments with a dozen total. It gave viewers the chance to feel as if they were “at the movies” though at home. The cast had many familiar faces and now even more familiar to us with Bryan Cranston, Tim Daly, Cary Elwes and Tony Goldwyn leading the way. Granted these weren’t Tom Cruise or Brad Pitt, but well-known actors to say the least.

Loosely-based on Andrew Chaikin’s novel A Man on the Moon, the series chronicled the trials and tribulations of the Apollo space missions. The title of the first episode says it all: “Can We Do This?” And, when you sit down and think about it, it’s simply amazing. We, as a people, were able to figure out how to construct rockets to bring astronauts into space and land successfully on an object 250,000 miles away. For all of mankind’s achievements, I’d say it goes without saying that this sits atop the list. Not all the episodes are linear. We meet a variety of the Apollo crew, their wives, scientists and even the news anchors who gave it all coverage. Not all episodes focus on the space travel, some focus on their wives (many of the astronauts got divorced due to the strains of the job), one is dedicated to the building of the lunar landing module. Truthfully there’s no stone left unturned when it comes to the breadth of material covered.

Each of the episodes has been digitally remastered for this new Blu-ray presentation. Purists are unhappy as new digital effects were added in to “update” some of those that were in the 1998 original. Granted, it’s only a couple of decades, but we’ve come a long way with what we can do digitally. I, for one, liked the updated special effects. The same thing was done with the Star Trek: The Next Generation episodes when they hit Blu-ray. Nearly all the episodes contain some archival footage and even footage that’s meant to look archived, though it was filmed for the series. The “live” shots are indicative of anything we’ve come to expect from a big budget production like this. This presentation, though a bit inconsistent, does give the series more authenticity and, I feel, is one of the things that helps people relate to what’s going on. Suffice it to say, it’s a good-looking series.

HBO has given us a newly-mastered Dolby Atmos soundtrack and though it pales in comparison to some more recent films, it does offer the best possible audio available. The majority of the series is dialogue-driven and all voices from the variety of actors, sound just fine. Hanks opens each episode with an introduction along with the opening credits – they sound amazing. While the dynamic range is still a bit limited, I found the overall sound quality out of this world. Whoops, I did it again. Sorry. Still, like the video presentation, I highly doubt many will find much to complain about with the way this sounds.

From the Earth to the Moon is more than a chronicle of Man’s greatest accomplishment. In many ways it changed the way television series were done and certainly made HBO a bigger player in the network battles. If films like Apollo 13 or First Man are up your alley, this one’s for you.