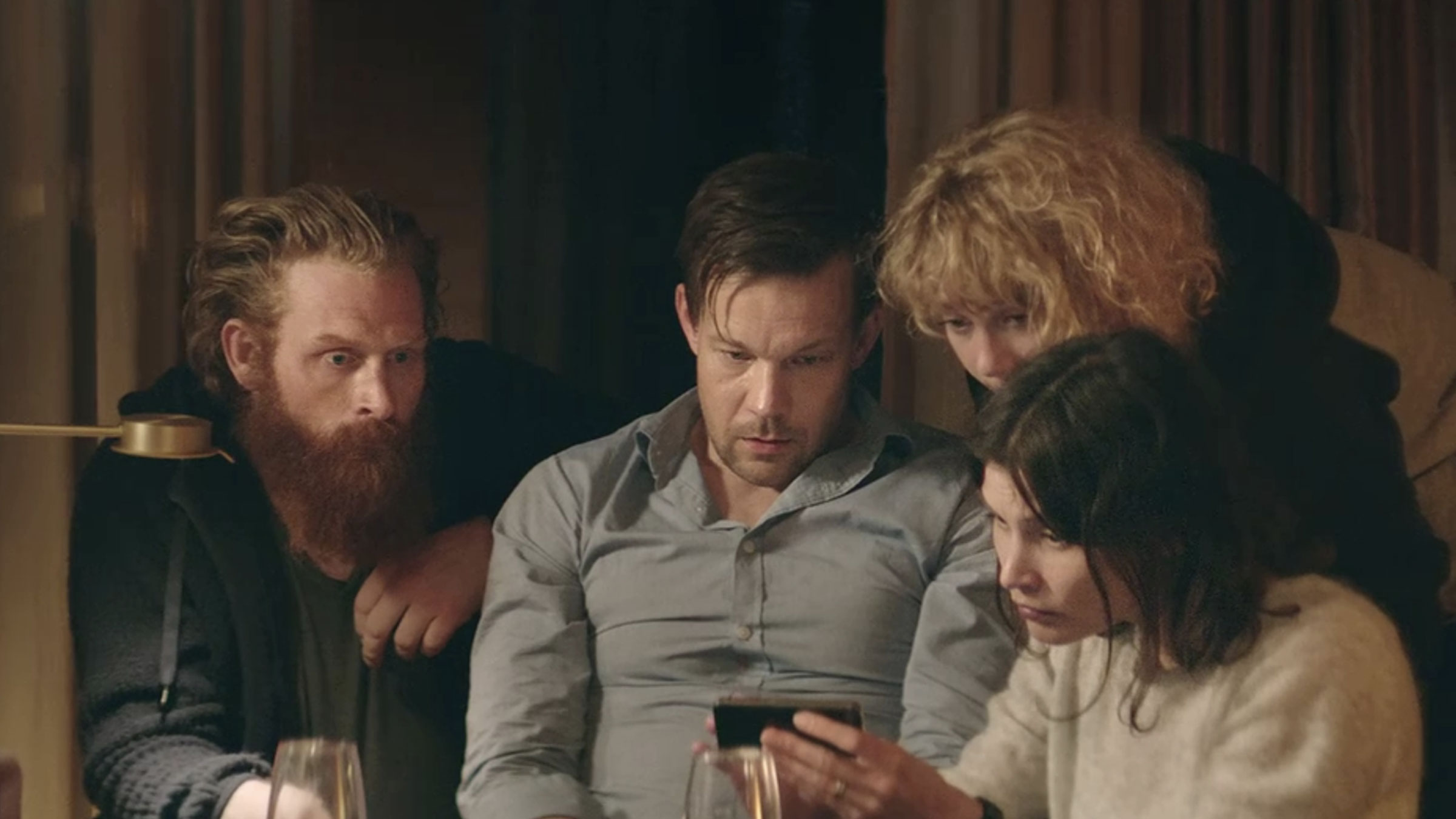 A year or so ago I was watching an episode of Under the Dome and the title of one of the episodes was “Force Majeure.” I’d seen the term before, but did a quick search and learned that the literal definition was this: “…unforeseeable circumstances that prevent someone from fulfilling a contract.” It’s more of a legal term than anything, put into agreements and contracts so as to cover one’s ass. Flash forward about six months and I was reading up on a little-known Swedish film by the same name. It was highly-regarded at the Cannes Film Festival as well as the Toronto International Film Festival (among others). I’ll be the first to admit that I’m not the biggest fan of foreign cinema, though there are some titles that I hold very dear. This tells me I should delve into world cinema a little more than I currently do. Nevertheless, Force Majure is a film that I was waiting on (and the studio PR agent who reads this will certainly get a chuckle out of that), so without further ado…

Well-to-do Swedish businessman Tomas (Johannes Bah Kuhnke) has taken his family on a five day ski vacation in the French Alps.  His wife (Lisa Loven Kongsli) and kids are all having a good time, enjoying the vacation.  However, on the second day of the trip, while enjoying lunch at a rooftop villa, something happens. They witness what appears to be a controlled avalanche. But when it appears that the avalanche might be getting out of control, Tomas grabs his phone and runs away. Seconds later when the dust literally clears – all is well. What appears a seemingly innocuous event becomes a topic of debate between Tomas and Ebba. Ebba starts to question Tomas’ loyalty as a husband and father while Tomas seems to blow the event off and won’t admit to his actions. When friends show up, the same question is brought up between them with similar results. We have to wonder if this one event will end Tomas’ marriage or the two can come to an agreement and see eye to eye.

Granted, there’s not a lot of action in Force Majeure, but the film itself raises a topic of debate. Hell, even my wife and I were debating what happened as I saw Tomas blowing off the event as no big deal, while his wife made it an issue time and again. Not surprisingly my wife took the woman’s side while I sided with the male. Amazing.  Being a Swedish film, I’d not heard of either actor, but both did well in their respective parts. I found it interesting that the kids in the film were played by real-life siblings Vincent and Clara Wettergren.  I will say that this is one of those films that stays with you and it does provoke thought. Not a lot of films do that.  If you can handle reading subtitles for a couple of hours and want to be challenged intellectually, then this is for you. If you really want to watch a film about skiing in the French Alps, I’m sure there’s a James Bond film that’s got that covered.

The wide 2.40:1 AVC HD image looks positively stunning. Set against the backdrop of the Alps, the stark white snow of the mountains isn’t always the best thing on a television screen. It can lead to grain and even a greenish effect. Thankfully none of that is an issue as the snow is crisp and clear, making way for a very impressive series of images. Flesh tones are on the warmer side, though with the natural color of the interior of the hotel (several scenes take place in the hallway), it does make sense. Detail is razor sharp and focused. A few of the scenes seemed a bit soft, but aside from that – it’s an amazing-looking film.

I don’t watch a lot of films with a Swedish DTS HD Master Audio soundtrack. Maybe I need to expand my horizons a bit more, eh? Still, the mix is a bit on the more passive side, but that’s not to say that there’s anything wrong with it. The characters speak in a mix of Swedish and English (I have no idea how close the two are to one another), but the vocals are rich, crisp and clean. This movie forces the English-speaking viewer to pay attention as subtitles are present throughout. Surrounds aren’t that active, but I caught a few instances in which their presence was announced. On the whole, nothing much to complain about, but this won’t be one that will blow the roof off the place (or cause an avalanche).

Force Majeure ins’t full of action and excitement. But what it does is make the viewer think and it will elicit a response (and not always a positive one). It tells a lot about human nature and what one’s true colors really might be. I found it both interesting and intriguing. The Blu-ray provides top notch audio and video quality though the lack of many supplements might deter some from a purchase. At the very least it should be seen – recommended.