Let’s take a trip back to the summer of 1990, shall we? Not a whole lot was different back then, George Bush was president and we were at war with Iraq. Film-wise, movies like Ghost, Days of Thunder, Dick Tracy and Total Recall were hits at the box office and a little movie called Flatliners had a great cast of some fairly new, fresh faces. Yes, we’d seen Kiefer Sutherland in previous movies like Stand by Me and The Lost Boys but who was this other Baldwin brother? Little did we know there was yet another (Stephen). Julia Roberts was coming off her Spring-time box office success of Pretty Woman and wouldn’t you know it, she and Kiefer Sutherland were an item. Yep, before Brad and Angelina (and Brad and Gweyneth), Bennifer and TomKat, there was Kiefer and Julia. Naturally they didn’t last, but the on-screen chemistry is there, to be sure. Enough about the cast, though I have neglected to mention Kevin Bacon and this movie certainly helped his “Six Degrees” stature. The idea behind the film is this: “Can you cheat death to see what’s on the other side?”

The answer is yes…and no. Kiefer Sutherland plays Nelson, an ambitious young doctor (actually, come to think of it they’re all ambitious young doctors) who is obsessed with finding out the secrets that lay beyond the grave. The only thing is that he doesn’t want to wait for death to find out – he wants to medically kill himself only to have his cohorts bring him back. A novel idea in theory, but who’s crazy enough to kill themselves just to find out what lies beyond the light. His friends, who consist of Rachel (Julia Roberts), David (Kevin Bacon), Joe (William Baldwin) and Randy (Oliver Platt) begrudgingly help him achieve his goal. As fate would have it, the experiment works. Nelson sees a key memory from his childhood in which he and his friends mistakenly killed a young boy, Billy Mahoney (Joshua Rudoy). But Nelson’s experiment has caused Billy to cross over as well and he’s not making life easy for him. As it turns out, each member of the clan goes beyond the grave and each brings back their own personal demons that they must find a way to conquer. Are some questions better left unanswered? You be the judge.

I remember seeing Flatliners in the theater and really liked it. I think the movie has held up surprisingly well and considering it’d cost about $50 million alone just to get the cast back together, it’s somewhat of a rarity. The movie is good, but not great and if taken with a grain of salt then I think others will find it as interesting as I did. I’m a big fan of Joel Schumacher’s films (the Batman movies aside) and he’s in top form here. Regardless if you’re a fan of any one of the lead actors, you have to admit that they all deliver some strong performances here. And I’m impressed by the concept of the film as well. I’m not a doctor (nor do I play one on TV), but the concept does actually sound feasible. I’m sure somewhere and somehow, this film has probably influenced someone to ponder this scenario. Then again, it is only a movie and maybe I’m taking it all a little too seriously. At the very least, Flatliners is entertaining and even more so on Blu-ray.

Sony/Columbia handled this before this Mill Creek release, but I never saw how that copy looked. I read some reviews saying the transfer is more than adequate and some less than impressed. I’ve no idea if this is the same transfer or not, but to my eyes, it was impressive, especially given the dated nature of some of the film. There are a few blips on occasion, but I’m hard pressed to find anything too negative to say here. The transfer is 2.35:1 and should please fans.

For the audio we get a pretty impressive DTS HD track. There’s a nice fullness to the track that really shows good range. Vocals were fine mostly. Only here and there were they less than passable, but it was nothing too worrisome. The old DVD was only a 2-channel mix, so this 5.1 is certainly an upgrade. Of course some might already own the previous Blu-ray disc, but nevertheless.

Mill Creek is hoping you like the movie or the new steelbook, because as far as supplemental material – it’s been flatlined.

OK so here’s the deal: The big draw here is the steelbook packaging, which is admittedly pretty impressive. It should be noted that there isn’t a scene selection menu on this disc. All we get is a “Play Movie” option and a subtitle one. So if you have the old Sony disc and that works for you, there’s no need to get this unless you’re a collector and want this for the packaging. That leaves those who don’t own this at all and may want it. I think I’d still like the older disc if only for having a chapter menu to toggle through. The packaging, while neat, doesn’t compensate for that in my book. 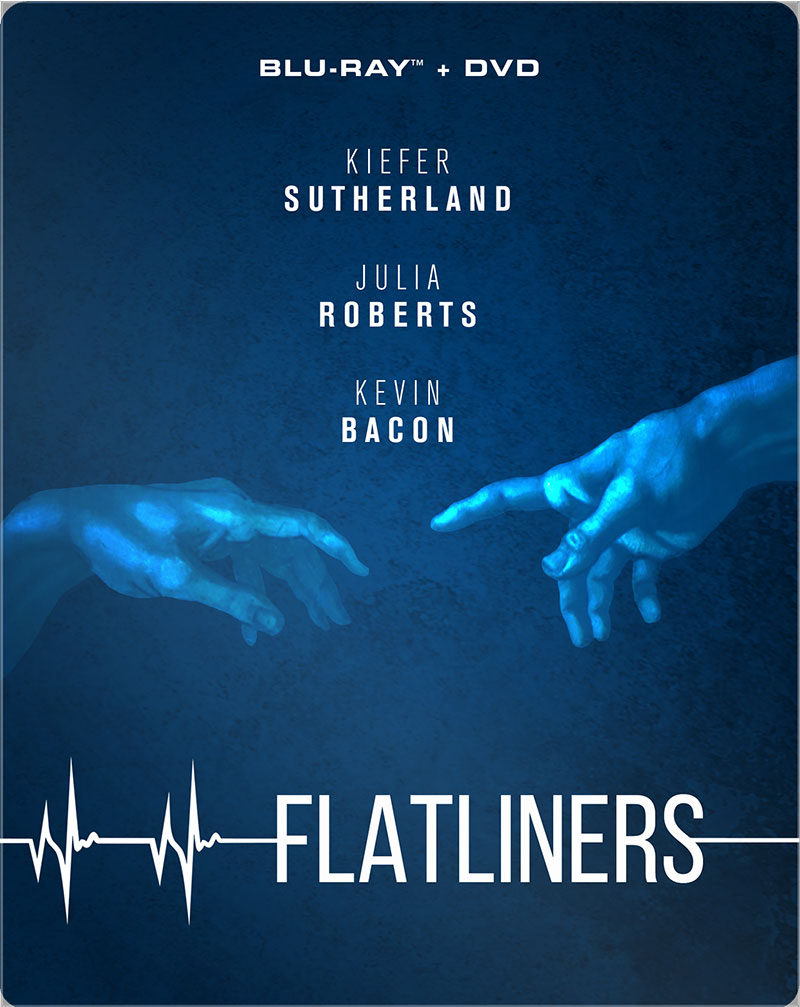