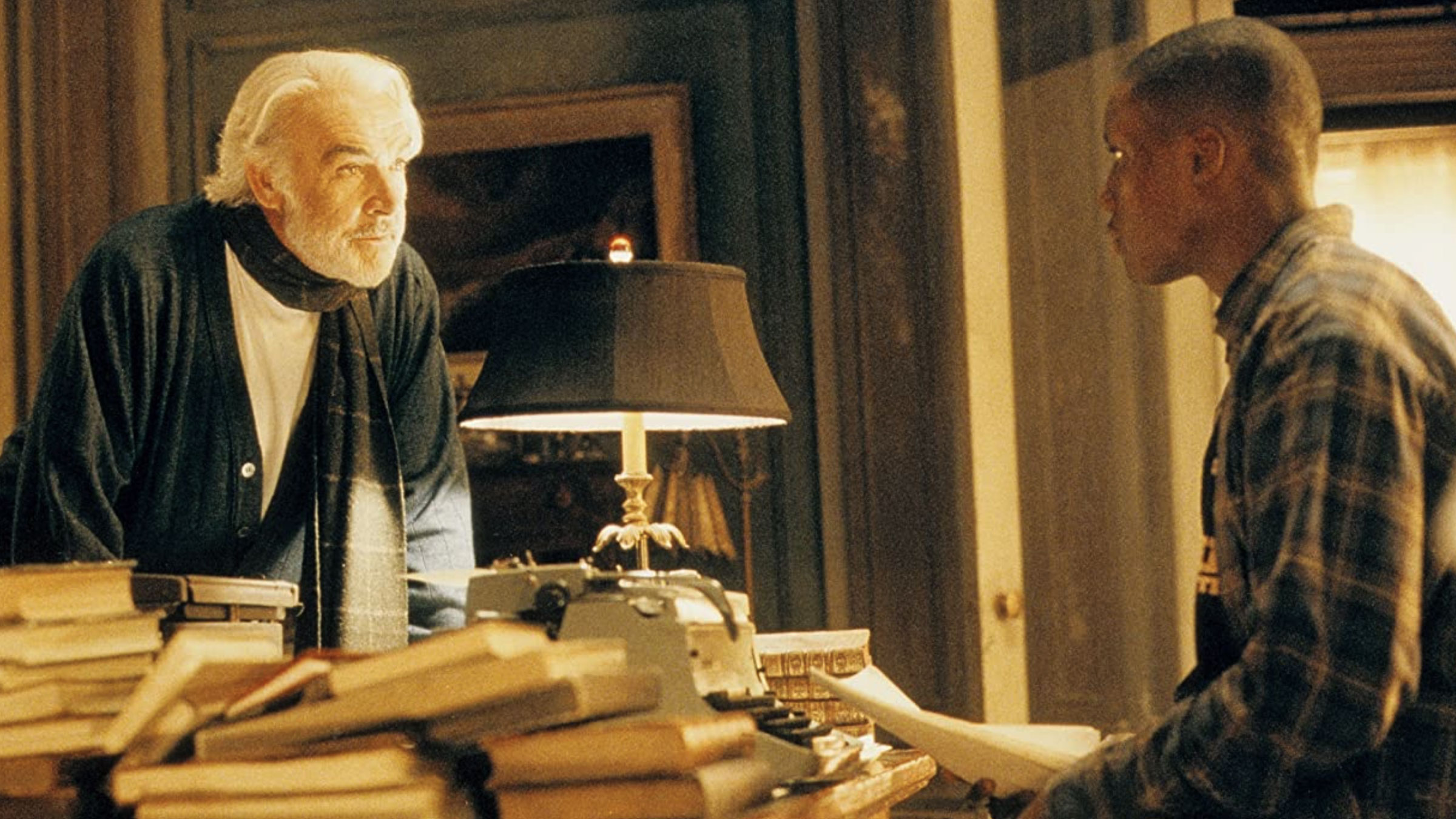 Jamal Wallace (Rob Brown) is an excellent basketball player, but he also loves to write and even though his grades aren’t impressive, he is a smart person. Thanks to his skills on the court and some high scores on a standardized test, Jamal has been admitted into a private school, one that is very exclusive and prestigious. His school work is hard, but Jamal does his best and that’s not always enough, especially when his literature teacher, Robert Crawford (F. Murray Abraham) throws obstacles in his path. Even though Crawford knows Jamal is a gifted writer, he doesn’t like his background and as such, tries to discourage Jamal from writing, though to no avail. At the time, Jamal is pretty much alone in the school, but he will soon meet two new friends, one of which is Claire (Anna Paquin), a beautiful young student. The second friend is William Forrester (Sean Connery), a reclusive writer who won acclaim with his first novel, but never wrote a second one nor told anyone why he didn’t. A chance meeting turns into a friendship and soon, Forrester is Jamal’s mentor and the two begin to learn from one another. Jamal is learning to overcome the odds and focus on what he loves, while Forrester is trying to better deal with his past, as well as his future.

Even with a bad line from Sean Connery in the trailer, this was one I knew I had to see in theaters, as it looked to have real potential. Of course, I like Sean Connery a lot and he was the main reason I went, but the story also looked interesting, so I had decent hopes for Finding Forrester. In the end, this flick surpassed all my expectations and despite some heavy handed moments, was a real treat to view indeed. I was able to pick up on some more themes and visuals the second time around, which is always welcome and I’m sure that in future viewings, I’ll see even more depth and such. Connery gives an excellent performance here, while Rob Brown, F. Murray Abraham, Anna Paquin, and Busta Rhymes compromise the solid supporting cast, a very impressive lineup I think. The direction of Gus Van Sant is ever stable and allows this story to unfold in fine form, an excellent overall motion picture. The message gets a little forced here and there, but in the end, Finding Forrester is still more than worth a look.

We’ve seen some terrific performances from Sean Connery over the years, but even after all that time, he still manages to maintain a high level of excellence. I was unsure how well he would mesh with the film’s environment, but Connery is dead on in all respects here, very impressive indeed. He even looks like a reclusive writer, which doesn’t hurt in the least. Always natural and relaxed, Connery is very believable in this flick, as he reads the dialogue as if it were his own words, very cool stuff. I know we think of more action laced films when Connery is involved, but once again, he has proven he can handle any kind of material, even straight drama.

I’ve got to admit that it’s been nearly two decades since I’ve seen this movie. What I do know is that Mill Creek isn’t known for giving their catalog titles the “deluxe treatment” and this is no exception. While the print used looks clean and allows for a sharper image, I was unable to see any compression errors in the least. The film uses some strong color plates at times, so the more intense scenes might seem out of place, but the strong color is intentional. Most of the time however, colors seem natural and flesh tones look normal also, no real complaints here. I was pleased with the contrast as well, as it shows accurate black levels and a good detail presence throughout. In short, it’s a good-looking transfer, but could have looked better if given the right amount of TLC.

This is very much a dialogue driven movie, so don’t expect a powerful audio experience, even though this disc uses a DTS HD Master Audio mix. A few scenes allow the surrounds to open up, but on the whole, the main atmosphere is provided by more subtle audio touches. But since this is how it should be, I can’t find fault with the mix for offering a natural mix, not in the least. The music adds some depth and presence however, so this is not a dead and buried audio environment in the end. The vocals are the heart of the mix though, so it was vital for them to come across in fine form. The dialogue is well presented, with crispness and no signs of volume errors, impressive indeed.

Here’s hoping you like the film because this disc is featureless. Even the featurettes and deleted scenes from the original DVD aren’t there. Enjoy.

When all was said and done, Sean Connery (may he rest in peace) was a talented actor known mainly for his role as James Bond. He managed to shrug that image off and carve out a nice career for himself. Is Finding Forrester in his pantheon? I doubt it. But he’s good here and if you’re looking for something to watch on a rainy Saturday afternoon – here ya go. Mill Creek’s Blu-ray is about as basic as it gets with ho hum video and audio and no featurettes.