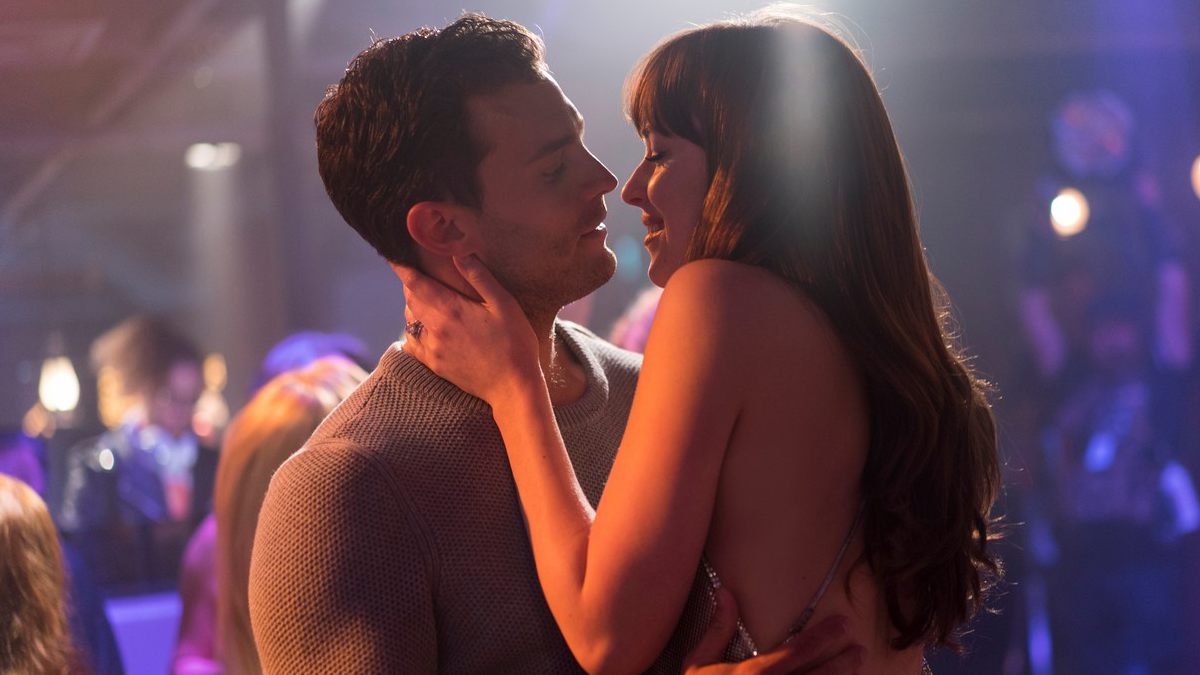 Get ready to witness the climax. I laugh at the taglines and ads proclaiming that. Love it or hate it, the Fifty Shades series comes to a close with this third and final chapter. I think even the most diehard fans of the books and films would agree that it was wise not to split this final chapter into two parts. Honestly, I really don’t know if there was enough content to even sustain two separate films, but stranger things have happened. While this third chapter marks a mild improvement over the previous film, it still offers more of what we’ve come to expect from these films. Let’s see: lots of nudity? Check. A sequence of our main characters driving a sports car really fast and recklessly? Check. A character from the past showing up to make threats? Check. A daring sequence with a crappy pop tune playing in the background? Check. I could go on, but you get the idea. You’re either on board with this stuff or you’re not. I’m certainly not a hater of these, but they’re also just so damn hard to defend. Dakota Johnson is very easy on the eyes and owns her character while Jamie Dornan is about as stiff as usual. Seriously, could they not have gotten a lead actor with at least more personality? Be that as it may, let’s take a look at the plot, what there is of it at least.

With Anastasia (Johnson) and Christian (Dornan) now married, they can get on with their lives and live happily ever after, right? Wrong. At least not yet. The speedbumps to his controlling and sexual ways are put on hold when there’s a security breech at Grey Enterprises while he and Anna are on their honeymoon.  Anna recognizes the man as Jack (Eric Johnson), he’s her former employer and has a vendetta. This forces the newlywed’s honeymoon to be cut short, and they return home to deal with this matter. Throughout the film we see that Christian keeps a tight grip on Anna. He’s upset with her when she wants to sunbathe topless, doesn’t like her using her maiden name at work, and shuns the idea of bringing kids into their relationship anytime soon. One thing that’s been present in all three films is Christian’s kinky sexual methods and semi-mysterious background. This film as well as the previous two makes no apologies for his behavior. It can be hard at times to wonder why Anna accepts this and doesn’t challenge his attitude more. There are a few surprises here, but mostly the film just goes through the motions.

It must be said that Fifty Shades Freed gives the audience exactly what they want. Within the first 10 minutes of the film, we see Anastasia topless, followed by a sex scene between her and Christian. You’ll get your share of nudity from this film. It’s just that everything else is starting to wear thin by this point. Despite all the threats and unstable characters, the whole thing is largely predictable and by the books. I enjoyed seeing it come to a close, but it also feels like the whole journey just didn’t take us anywhere all that interesting in the first place. This is tolerable, but not exactly something I’d return to anytime soon.

This 4K version definitely shows a kick in clarity and detail. I noticed this considerably more than the regular Blu-ray, which I sampled. We get a 2.40:1 transfer with what we can expect after viewing the previous two films. We’re taken to some exotic locations where the image can really flourish and show off all the details that we’ve come to expect. Flesh tones and textures on skin and clothing are all well-defined here. I think both versions looked good, but I definitely noticed a strong improvement with this UHD.

The DTS X track was fine, if not the most ambitious I’ve ever heard. Music is kicked up when it comes into play, but mostly the vocals between are two leads is what dominates here. There’s a natural clarity here that lends itself nicely. While not a disc I’d use to show off my system, this presents the film in the best possible manner.

It’s hard to say exactly where I stand on these films, but I can see both sides of the argument. Either way, it gives you what you should expect from the third chapter in this series. It doesn’t go out with a bang or on some high note, instead offering more of the same. Dakota Johnson is as lovely as ever, but I’ve had my fix of these films and don’t think I’ll revisit any time soon.