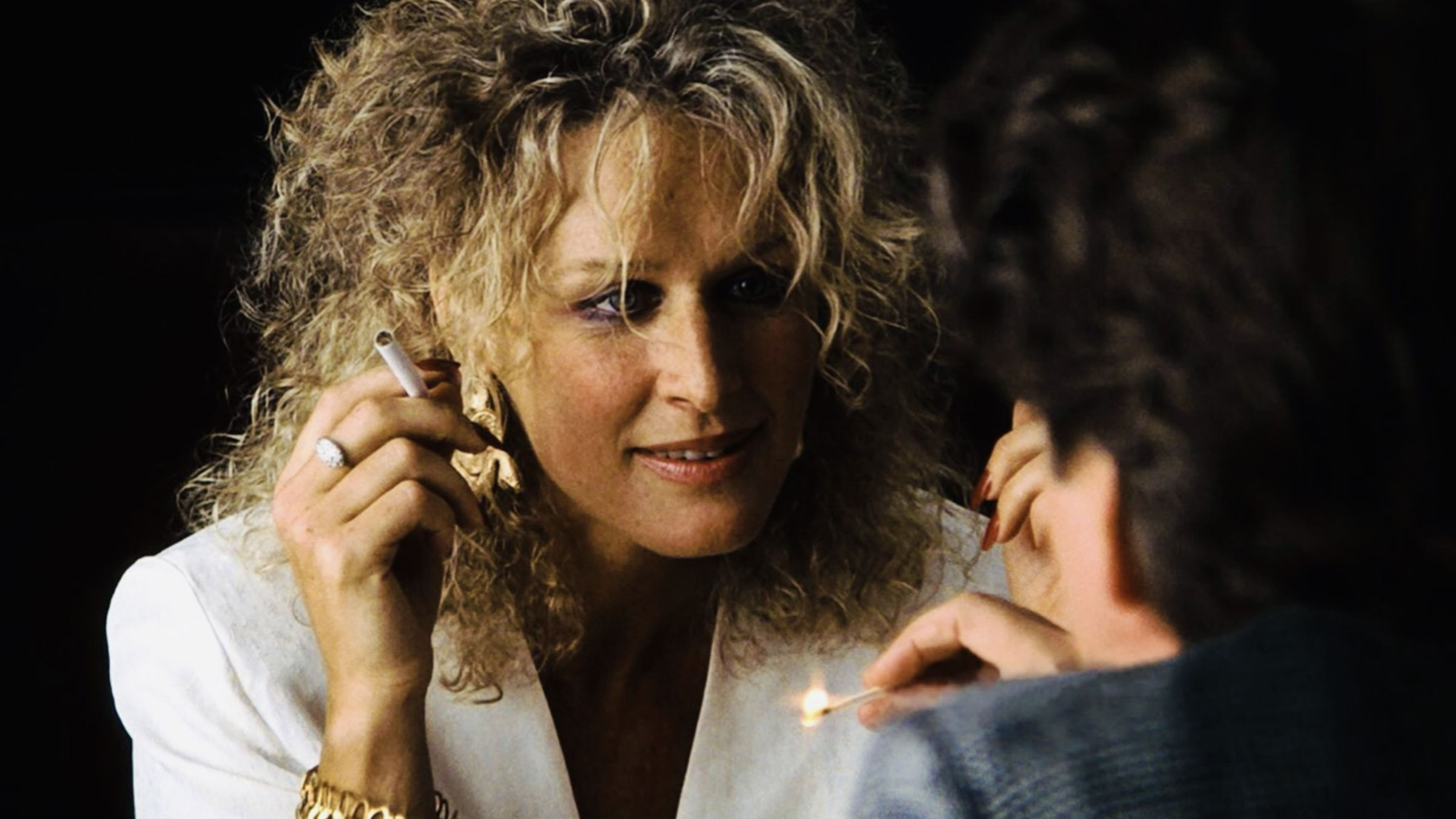 The late 80’s produced some amazing movies. And, in particular, 1987. It was a good year for Michael Douglas. Not only did he star in two of the better films that year (Wall Street and Fatal Attraction) but he took home the Academy Award for Best Actor for Wall Street. Looking back, it’s hard to tell which has stood the test of time more. I’ll have to give the edge to Fatal Attraction. The phrase “stalker” didn’t really exist until this film came out and I can only imagine if the movie were to be made today. The film came out in the early days of AIDS and if the risk of a one night stand and contracting that virus wasn’t enough motivation, then after this film, the threat of being stalked by an obsessive woman was another issue. The film paved the way for more films of the genre for Douglas like Basic Instinct a few years later and Disclosure the year after that. When a film defines a genre, it’s worth a look.

Dan Gallagher (Michael Douglas) has an idyllic life. He’s an up and comer at his New York law film, has a loving wife (Anne Archer) and cute, yet somewhat androgynous, kid (Ellen Hamilton Latzen). Things change when his wife and daughter head out of town for the weekend. Dan’s trapped in the rain, meets up with Alex (Glenn Close) who he’d met at a party earlier and ends up having a weekend fling. Thinking it’s all behind him, Dan tries to go on with his life but not before he starts receiving calls and impromptu visits from Alex. Claiming she’s carrying his child, Dan has to try to figure out what (or how) to deal with the situation without upsetting the balance of his family life. What’s a guy to do?

These films were, for quite some time, Michael Douglas’ stock in trade. Even after movies like Basic Instinct and Disclosure, he appeared in others like A Perfect Murder and Shining Through. And for director Adrian Lyne it paved the way for another blockbuster in the form of Indecent Proposal. In that a billionaire offers a young couple (Woody Harrelson and Demi Moore) one million dollars for a night with his wife. Controversy aside, Fatal Attraction does stand the test of time as a good thriller. It shows the evil that men (and women) can do and I’ll say that I’ve never looked at a pet rabbit the same way. You’ve been warned.

It’s been about a decade since I last watched this film and I remember thinking (at the time) that it looked kind of dull and dated. This is one of the inaugural titles in Paramount’s “Presents” line that features re-mastered video. That said, I can say that there was certainly an uptick in picture quality. The film has always been presented in a 1.85:1 aspect ratio, but I wasn’t able to find any black bars on my screen. I went ahead and labeled it as 1.78:1. Let the internet critics attack me. The grain is gone, we’re treated to a more smooth, film-like image that gives the film a more modern look. Detail appears to be improved as well. The film has benefitted from a new 4K scan and it shows. My problem with the image is that there seems to be a lack of contrast. The film has a very soft light and, perhaps I’ve been spoiled by true 4K releases, but it looks a bit light. This isn’t distracting and it’s not present in every scene, but those that take place inside apartments and such, just tend to have an off white color to them that I don’t remember seeing before. Maybe it’s me. Maybe it’s my TV settings, but after breaking out my reference disc, it didn’t do a lot to resolve the issue. And I hesitate to call it an “issue.” I even broke out my previous Blu-ray and did some comparisons and the 2009 Blu-ray does have more contrast, but the trade off is that this new one looks, as I said above, much cleaner and sharper.

This is the same Dolby TrueHD track that was on the previous Blu-ray. The film has never been one for dynamic audio and I do have to say that the audio did seem to be a bit dated. Vocals seemed a bit on the tingy side, though again – it’s nothing distracting. There are a few segments that stood out, in particular when Madame Butterfly is playing. Certainly Maurice Jarre’s score has moments when it resonates. On the whole, nothing has been improved on the audio front and there’s not a lot else to say. It sounds good, but I’ve heard better from films of this era.

In spite of additional supplements existing on the previously-released Blu-ray, some haven’t made the cut. Evidently they were ignored! Nevertheless, there is one new supplement – enjoy.

Fatal Attraction made headlines when it came out in 1987. It was edgy and controversial. It was also the highest-grossing film of the year, was nominated for half a dozen Academy Awards (but won none) and set the stage for similar films of the genre to come. This is the first of Paramount Presents line of Blu-rays and while it’s nice to have a re-mastered picture, we only get one new supplement. What’s worse is that several of the supplements that were available on Paramount’s previous Blu-ray have not been included. If you’re looking for the best technical quality and supplements aren’t an issue, this is for you. Otherwise, stick with what you (most likely) already have.