These days it is incredibly difficult to figure out how to best divide your time. There are so many options for entertainment and so may of them are actually worth your time. It has been said that we are living in a golden age for television. The clear leader in creating television worth watching has been HBO until a few years ago. Then networks like AMC and FX retooled their programming to offer more cinematic mature programming to rival the paid networks. The results have been amazing shows like Breaking Bad, Archer, It’s Always Sunny in Philadelphia, and the incredible Justified and Mad Men. These shows have represented the absolute best in their medium coming close to HBO’s golden standard. I am happy to report that Fargo is every bit as good as any of the best shows that I have seen in the last decade.

Admittedly, I am a huge fan of the Coen Brothers’ films and Fargo, while not my absolute favorite, is no exception to the rule. Their witty brand of dry humor and quirky realism with layered plots and memorable characters is always amazing to me. Whenever they nail it, nobody does it better (i.e. Miller’s Crossing.) When I saw that FX was going to be releasing a show named Fargo I was both excited and skeptical. I became more excited when I saw that the Coen Brothers were producing, but seeing that they were not writing it left me worried. Luckily, my worries were diverted by the end of the first episode. Every episode of the first season is written by Noah Hawley, and he obviously knew how to work that fine balance of comedy, tragedy, and suspense that made the original film so fantastic. This guy might be the honest-to-God best writer working in television right now.

The plot takes place in a small town in Minnesota named Bemidji. Insurance salesman Lester Nygaard (Martin Freeman) lives a decent life in the town with his overbearing wife, Pearl. Poor Lester can’t seem to catch a break. His wife constantly talks about how she married the wrong brother, comparing him to his Koch more successful younger brother, Chaz. On top of that, he bumps into a former bully from his high school days, Sam Hess, who promptly breaks Lester’s nose. At the emergency room waiting area he bumps into a mysterious stranger named Lorne Malvo (Billy Bob Thornton.) Confiding his problems to Lorne, Lorne takes it upon himself to track down Sam Hess and kill him. This entangles Lester and him together. There is a lot more to the plot (all of this happens within the first thirty minutes) but I would feel terrible to reveal anything else.

There are great performances in the series by Martin Freeman and a Billy a Bob Thornton, but just as effective are Colin Hanks and Allison Tolman. I had never seen her in anything before, but Allison Tolman is absolutely fantastic as the local police officer trying to piece together the crimes taking place in her small town and solve the murder of her friend. There are other fantastic smaller parts performed by Bob Odenkirk, Adam Goldberg, Glenn Howerton, Oliver Platt, Keegan Michael-Key, and Jordan Peele. Everybody is given roles to really sink their teeth into, and all of them rise to the occasion. It’s great.

The writing for the show is absolutely tremendous. It is both cinematic in scope and unlike anything at all on television. It is a crime drama but it is just as darkly funny as you would expect. The directors all do a capable job of bringing the writing to the screen with no strange shifts in tone between episodes. This is helpful because the show really is a tone piece playing by its own rules. I can warn you from my own experience that the show can cause a viewer to binge watch. I have a wife and two children, meaning that I can not start anything I really like to watch until around 9:00. This show caused me to blow through it in only two nights. If you are going to start this show, set aside some time to blow through it.

Fox/MGM did an extremely capable job on the digital transfer of the series. With a ratio of 1.78:1 and MPEG-4 AVC encode, depth and clarity are excellent. This show is one of the best examples to date of how far the television medium has come. The show is honest-to-God gorgeous, with beautiful wide-angle shots of beautiful snow throughout much of the show. It looks just as good as any movie hat has come out. I am giving it a perfect score with a perfect digital transfer.

This is a very well done 5.1 DTS-HD Master Audio track. Fargo is an incredibly atmospheric series and the compositions for the series sound great thanks to composer Jeff Russo. I also enjoyed hearing “Green Tambourine” come through my speakers. On top of that, surrounds are used incredibly effectively, especially in all the outdoor sequences and in the more tense situations. Once again, this is a damn near perfect transfer and I have no problems with it whatsoever.

Fargo: Season One is absolutely fantastic. It is true to the tone of the original film while being its own beast entirely. For me, this was probably my favorite television experience that I have had this year. I am happy that FX had the clarity of mind to bring Noah Hawley’s singular vision to life as the sole writer for the entire season. The series is really a knockout, and i have already purchased the second season to get cracking! Do yourself a favor and check this one out. 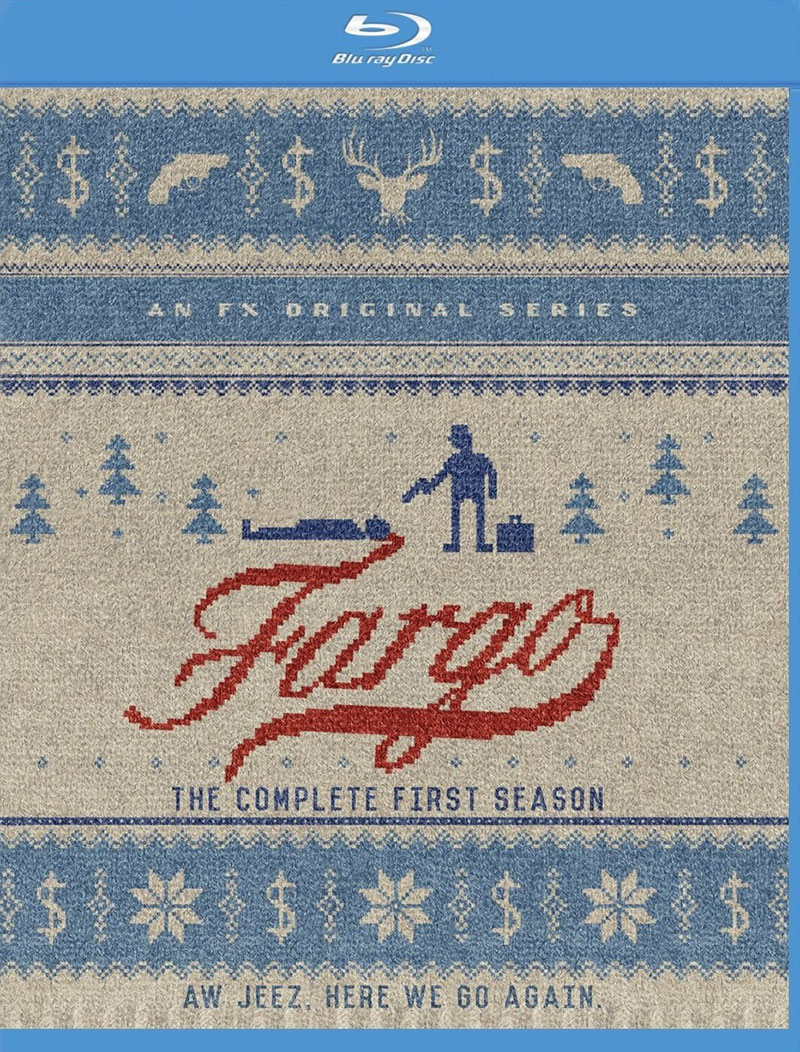