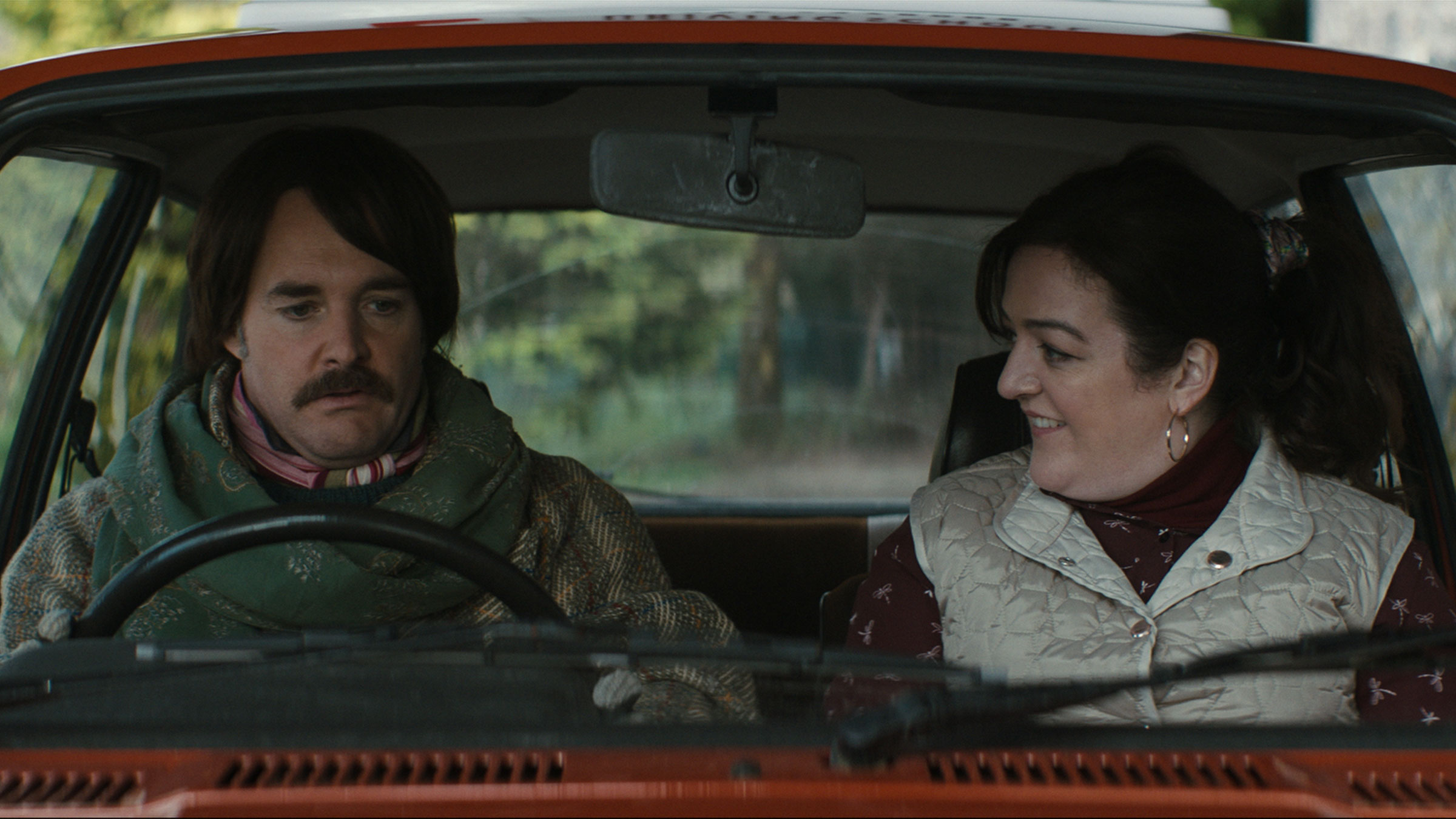 There are so many movies out there, it’s amazing that there are any that can truly be classified as “original.” Is that the case with Extra Ordinary? Not really. It’s been said that Shakespeare’s writing essentially covered all the bases for all the plots. Ever. How’s that for inspiration? But what this film does is that it knows its audience and knows how to play to it. The horror/comedy genre has become quite the commodity the last decade or so and with films like Shaun of the Dead poking fun at a much larger genre (horror, in that case) often a movie that makes fun of a film is a lot more enjoyable than the film it parodies. This is the case with the film in question. I’d not heard of Extra Ordinary, but I’m a fan of Will Forte – a former cast member of SNL and most widely known for his role in the parody MacGruber as well as the television show, The Last Man on Earth. That said, Forte is the “star” in a cast of relative unknowns.

Rose Dooley (Maeve Higgins) is a sheepish driving instructor in a small Irish town. She has a gift as a psychic, one her father had as well. But she inadvertently caused his death years ago and has given up on utilizing this gift. Enter Christian Winter (Will Forte), a musician who epitomizes the “one hit wonder” moniker and who has literally made a deal with the devil for more success. As is the case with anyone who makes a deal with the devil, there’s a price and in Christian’s case, he needs to sacrifice a virgin. His choice: the daughter of a local widower, Martin Martin (Barry Ward) and no, that’s not a typo. Rose had once rejected Martin’s request for help, but once his child is in danger – Rose has to use her force.

Admittedly, given all the film’s I’ve seen, this is one of the more original when it comes to plot. I think the last movie I saw that involved someone making a deal with the devil was The Devil and Daniel Webster. And the film is fun to watch and got a few chuckles out of me. It’s typical British/Irish humor, so those that are fans of Monty Python and the like might get a little more out of it than us Yanks. Still, the cast is firing on all cylinders and it’s Forte, for me, who manages to pull it all together. If this sort of plot sounds intriguing, I can say the payoff is worth it. If not, there are plenty of other horror and/or comedy films to pass the time. But this one is recommended.

I, or “we” as movie-goers, have been so spoiled by discs looking and sounding so amazing, it’s a shock to the system when one doesn’t look the way it should. That’s the case with Extra Ordinary. While I wouldn’t say it looks “bad” by any stretch, it’s not up to the standards set by so many other films. Flesh tones are a bit on the pale side, there’s a general lack of contrast and a few scenes have a bit of banding and blocking. These aren’t things that are associated with a film that was made in 2019. That said, they’re passable and shouldn’t (and don’t) ruin the movie-watching experience. If anything it shows how good other titles are and that there is actually room for error out there.

The audio is a step above the video with a fairly robust DTS HD Master Audio track leading the way. Vocals are generally pure and sharp, dynamic range is a bit limited, but still manages to get the job done in a few scenes and surrounds are fairly active. The ending sequence (and I won’t give away what happens) makes the most use of the channels that does create a somewhat dizzying 360 degree soundstage. It’s worth the price of admission.  A good effort here, for sure.

This is one of those films that I’d have likewise looked at and then put at the bottom of my “to be reviewed” pile. But I’m glad I gave it a chance. If anything, Will Forte steals the show. If you’re a fan of the horror/comedy genre, this one fits the bill.