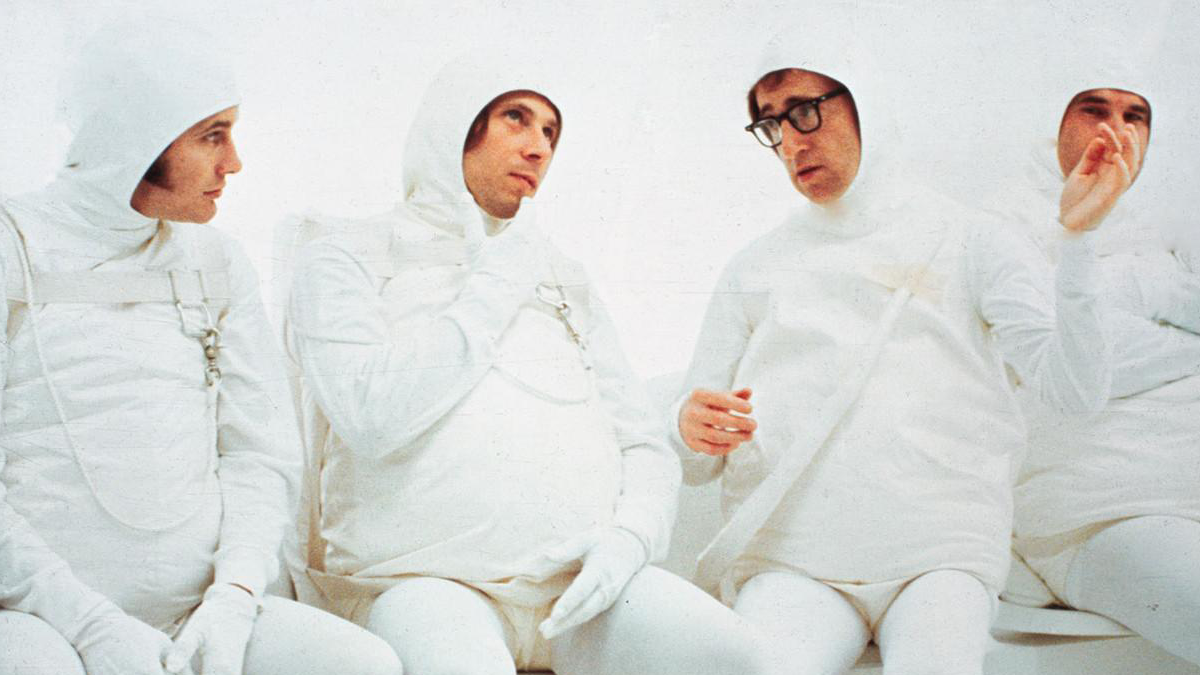 I have been recently been purchasing and reviewing a lot of Twilight Time releases. One of the best acquisitions that Twilight Time have achieved is the right to release Woody Allen’s films from United Artists, MGM, and a couple Sony titles. I am a big Woody Allen fan, so it is only natural that I want to own all of his films in the best possible format. Luckily, every couple months that go by brings another release from his catalog via Twilight Time. Each time this happens, I eagerly pop the film in my player and see how it holds up. This week I had the pleasure of watching Everything You Always Wanted to Know About Sex * but were afraid to ask. I had seen this one a few times in the past, but was excited that I had forgotten much of the film.

Everything You Always Wanted to Know About Sex * but were afraid to ask was Woody Allen’s second film in his “early funny” period. The idea behind the film was to acquire a well-known but impossible to adapt book and not really even attempt to put any of the book onscreen. It is divided into seven questions from the well known book that have been adapted for comic purposes:

Given that the film is seven sketches, there is a bit of a throwaway nature to the film, akin to watching a slightly more expensive episode of Saturday Night Live as written by Woody Allen. That said, the movie for the most part lands its gags. The first story with Woody as the jester is the weakest. My favorite parts are the Gene Wilder story, and the finale simulation of the sexual encounter. Those two are essentially classic comedy pieces that have stood the test of time admirably. The rest of them are funny, but not nearly as memorable.

Overall, I think the movie held up very well. It does have some humor that is a little bit dated and some of the jokes would probably not fly today for being politically correct. That does not get in the way of a few good laughs. On top of that, it is great to see Burt Reynolds in a Woody Allen film.

Twilight Time did a solid job on the transfer of the film using an MPEG-4 AVC codec from United Artists. For a limited release of a forty three year old film, the transfer looks good. There is a little bit of softness that was not uncommon from the films of that time. This is not Allen’s most beautifully shot film, but the Antonioni satire really pops, along with the final simulation of the romantic encounter. Blu-ray definitely makes the film look much more appealing than previous versions.

For a Master Audio Mono track of a Woody Allen film, this sounds surprisingly robust. Most of the time the film does not have too many things going on in the sound field, but the final sequence has all sorts of computer noises and machinery noises that make it feel a bit more dynamic than it actually is. Dialogue is crisp and I did not detect any noticeable hiss. Fans will be pleased.

Everything You Always Wanted to Know About Sex * but were afraid to ask is probably my favorite early film by Woody Allen. It makes me laugh the most out of those first four films – especially the Gene Wilder segment which I find absolutely hilarious. Obviously, given that the film is a series of sketches some will find it pretty disposable entertainment. I might have fallen into that category, but this is at least the third time I have seen this film, so there must be something to it! The technical specs from Twilight Time are excellent. It is great to see another of these films on Blu-Ray!