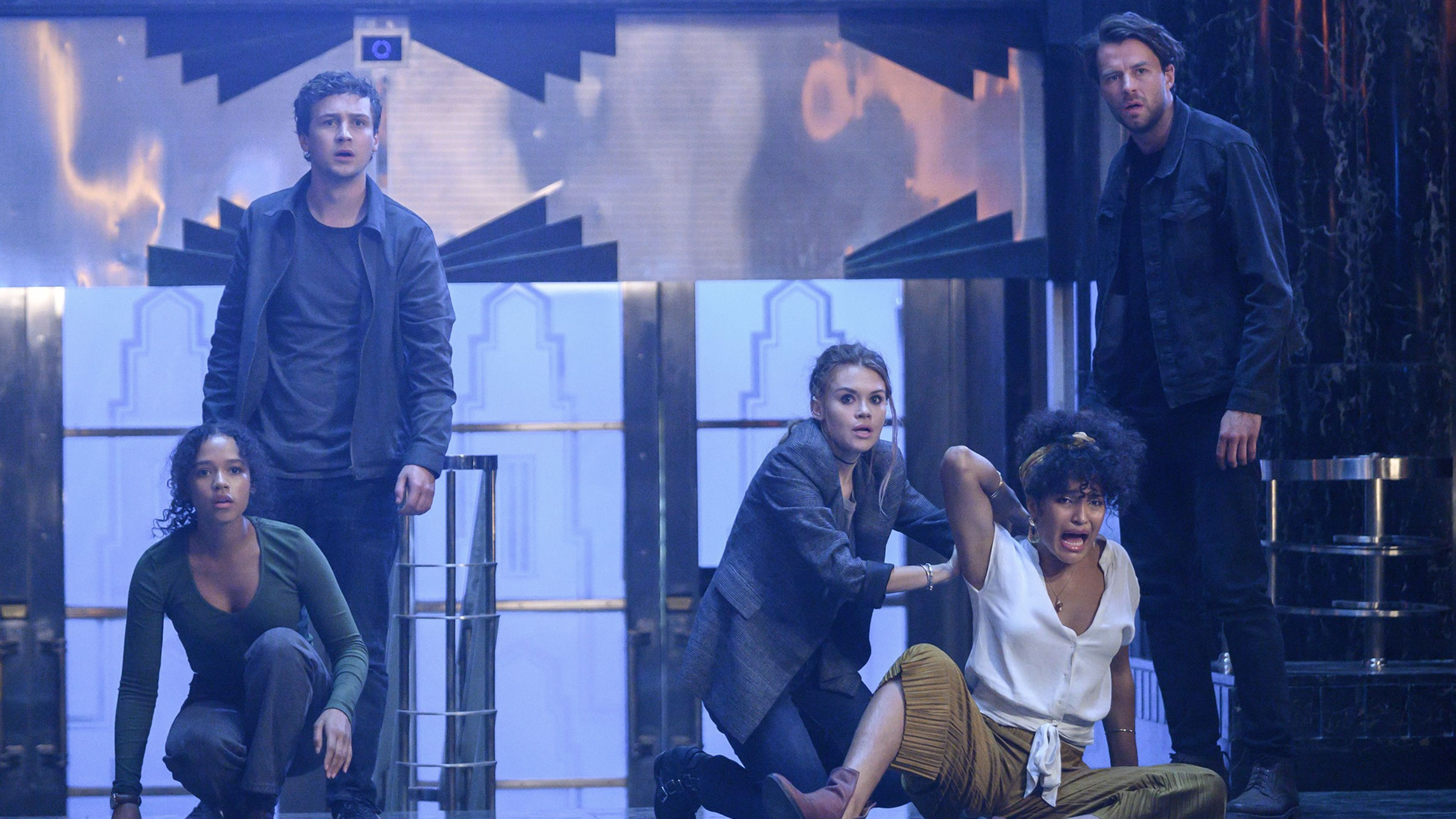 A few years ago we were treated to Escape Room. Having done of a few of these in real life, I was more than intrigued. I’m not very good at them and my wife and I have failed every single one we’ve ever attempted. On a side note, she did one with her son and succeeded. Suffice it to say that I must be the common weak link. I can accept that. Self deprecating comments aside, this was ripe for a movie franchise and when the first installment made over $150 million worldwide, a sequel was inevitable. And that’s what we have here. In the vein of the Saw and Final Destination films, we now have Escape Room: Tournament of Champions. Each of these feature a semi-rotating cast that can allow for multiple films and we won’t get tired of the same stars. The best way to describe this one is like The Hunger Games: Catching Fire in that this features the “winners” of other escape rooms who thought they were done with it, only to be forcefully reunited to do it all over again. How cruel. How cool.

The plot of this one is, well, exactly the same as that of the first. We pick up not long after the original ended in that Zoey (Taylor Russell) and Ben (Logan Miller) have made a trip to New York to uncover the truth about Minos. Side note, Minos was from Greek mythology who, every nine years would send seven boys and girls into a maze to appease the minotaur. Minos was, of course, the organization that put them in their respective escape rooms to begin with. The film begins when we meet this film’s crop of unsuspecting “winners” aboard a subway car. We have Theo (Carlito Olivero), Nathan (Thomas Cocquerel), Rachel (Holland Roden) and Brianna (Indya Moore) who in addition to Zoey and Ben make up this film. We know what happens next.

One thing that’s always impressed me about films like this is the creativity involved. And that echoes in the escape rooms that I’ve done. The exact amount of detail it takes to make something like this work. I was in one where you had to use a mirror and shine a light on a very particular part of a door to open it. Now who in the world would think of something like that? At any rate, back to the film in question and if you haven’t already figured it out – it’s more of the same. This one wasn’t as successful as the first, though the state of the world might have something to do with that. I’d say that there’ll probably be at least one more and that’s fine, I’ll watch it. For fans of this genre, this is more of the same. If you’re not a fan, why are you reading this?

As we might expect for a day and date release, Escape Room: Tournament of Champions looks very smart indeed. Each of the different rooms has their own visual flare, the bank is dark, the beach bright and “sunny” (for lack of a better term, if you’ve seen it you’ll know what I mean) and so on. All the usual caveats apply with razor sharp detail, great contrast and a general film-like look and feel. Sony’s one of the better studios when it comes to their Blu-ray and 4K presentations and this is certainly no exception.

The included DTS HD Master Audio mix has a few moments that really impressed. The opening sequence on a subway car that’s become electrified – the noise sounds like you’re in Nikola Tesla’s lab! Ambient surround effects like this persist throughout. Vocals are clear and crisp which comes in handy when the characters are yelling to save the others’ lives. It’s a quality mix that’s sure to satisfy.

Escape Room: Tournament of Champions won’t win any awards for originality. Then again, it’s not supposed to. We’ve seen movies like this in numerous other series (namely The Hunger Games, Saw and Final Destination) but I have fun with these films. Sony’s Blu-ray looks and sounds excellent and I’d say to watch the extended version over the theatrical cut, but you’ve got both if you want them. If you liked the first one (and I did), this is more of the same.