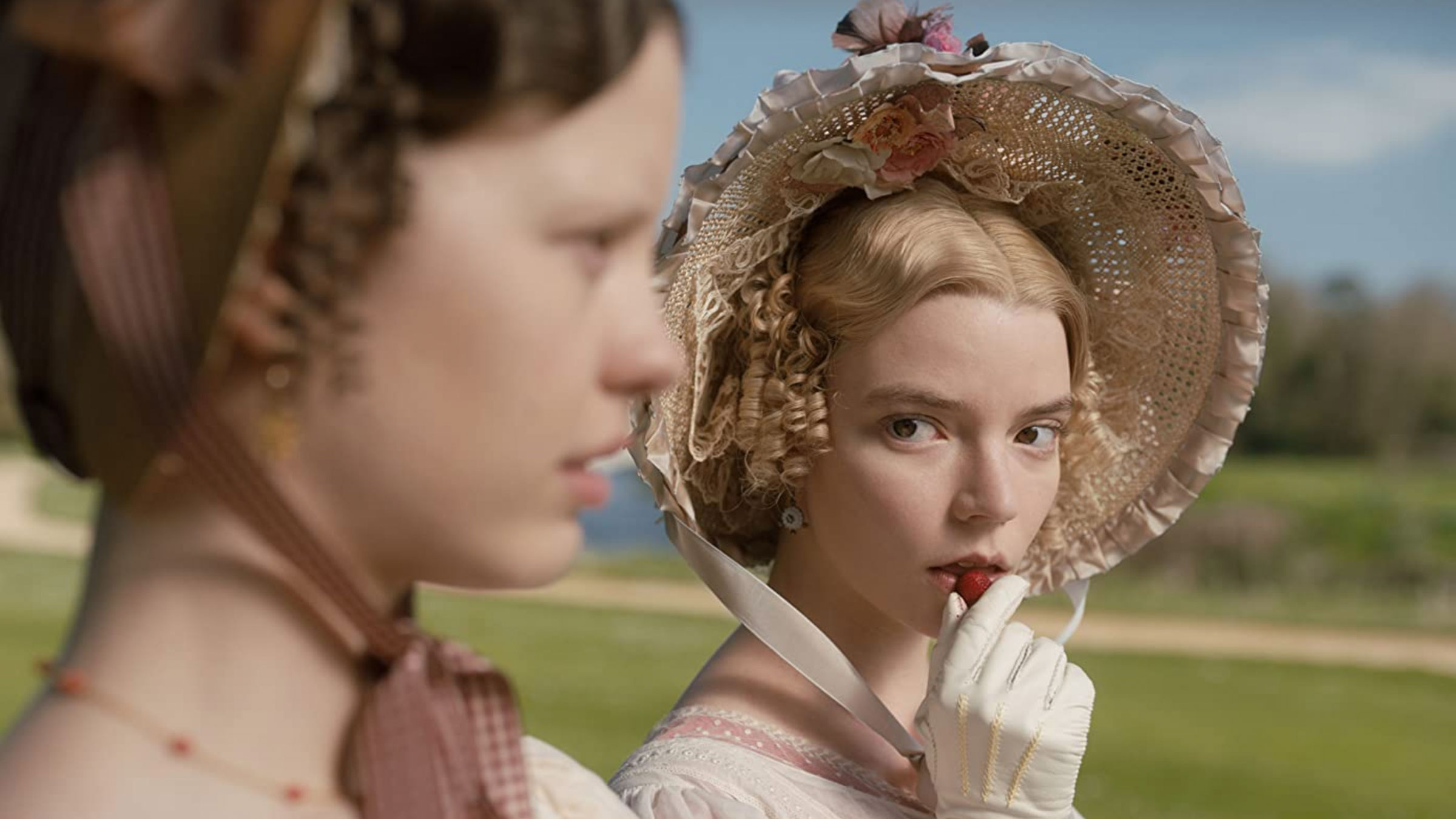 I find that when one has watched as many films as I have, there are certain central themes that abound. And abound. That’s fine, of course. It’s been said that Shakespeare covered all the bases with his works, so in all truth everything since then has been a copy of something else. Take that writers! Kidding aside, this theme seems to be more prevalent in the works of Jane Austen whose Sense and Sensibility, Mansfield Park and Emma could constitute required viewing/reading for anyone considering the trade. It’s been awhile since we’ve seen an adaptation of Emma, however, the last one came out in 1996 starring a then fresh-faced Gwyneth Paltrow. And it could be argued that the year prior, 1995’s Clueless was essentially the same thing albeit updated for (then) modern times. Nevertheless, the themes are all the same and it’s been a quarter of a century since we’ve seen meddlesome Emma work her magic. Let’s dive in.

We meet Emma Woodhouse (Anya Taylor-Joy), a 20-year-old heiress. She’s successfully been able to arrange a marriage of her governess to a local gentleman. Emma resolves to continue this with her friends, all the while she stays afar as a single, wealthy woman. Emma spies Harriet (Mia Goth), someone with both a mysterious parentage and she’s also a bit naive. Emma attempts to set Harriet up with a local clergyman, Mr. Elton (Josh O’Connor). The result is a bit less than what was expected, but Emma learns that her attempts to manipulate the situation repeatedly backfire. Could it be that Emma isn’t quite the puppetmaster that she thought she was?

I’m going on the assumption that anyone who’s watching this film has at least some knowledge of the source material. If not, that’s fine. It’s not like this is rocket science. I rather did like this version of the classic tale and it takes place in a world so highly stylized, I’m tempted to say this is some sort of multiverse movie as opposed to an updated version of Austen’s work. Ok, I kid. Still, it’s clear that first-time director Autumn de Wilde does have a very visual eye and fans of Wes Anderson films will find themselves right at home. The film isn’t for everyone, of course, and that’s fine. But it’s fun and it’s fine and it’s a good way to pass a couple of hours – there are far worse.

I’ve found that films of this period have the tendency to look one of two ways: really good or really drab. Thankfully this is one of the former. The English countryside has never looked so good with lush, greenery that abounds and faces that have no visible flaws. Truthfully, this one is all about the production design with large, sprawling landscapes and interiors that seem to have millions of things going on in the background. Detail is off the chart. The entire palette is a bit on the muted side, but it actually works and is certainly not a fault of the transfer. The 1.78:1 AVC HD encode brings out the best in this film and it’s not to be missed.

Most, if not all, adaptations of Jane Austen’s works won’t challenge the limits of your audio system. And this is no exception. To say that this is a dialogue-driven film is quite the understatement, but I found there to be a richness in the audio that really surprised me. David Schweitzer’s score simply radiates throughout and what impressed me more was the use of surrounds. They added a nice ambiance in a handful of scenes. Vocals, of course, are sharp as a tack.

Fans of this movie – you know who you are. There are those of us out there (women, mainly) that simply can’t get enough of Jane Austen’s work. I’ve never really been a fan, but I did find some entertainment value in this “version” of Emma. Universal’s presentation is simply superb with an assortment of extras that might be enough to entice the faithful.