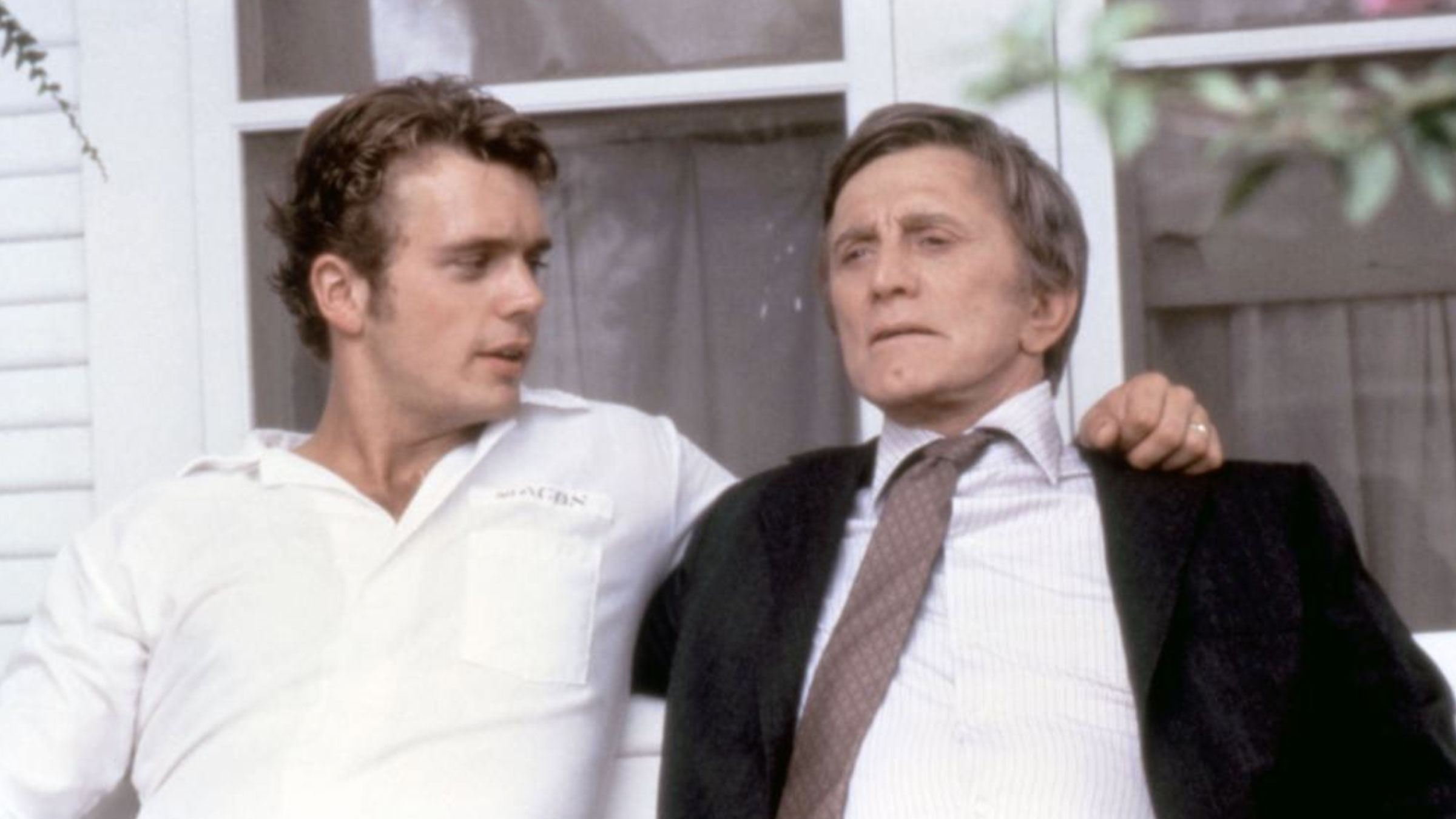 I’m often surprised when there are films such as Eddie Macon’s Run that fly below the radar for me. I had never heard of or seen this film, but I’m glad I did. It stars Kirk Douglas and John Schneider in a fairly simple and fast paced, but very effective film. It zips by and kept me with it the whole time.

Inmate Eddie Macon (Schneider), who we’re told via flashbacks was imprisoned on unfair charges, but manages to escape during a rodeo one day. He has a wife and son, and plans to cross into Mexico to begin his new life. Unfortunately for him, Carl Marzack (Kirk Douglas) is hot on his trail. Marzack is an aging cop and he has a history with Eddie. We learn what happened between the two of them and why Marzack wants to catch him so bad. It is also shown to us the events that lead to Macon’s arrest. Watch for John Goodman in his starring role as Macon’s employer who tries to play dirty by ceasing some of his wages. This leads to a confrontation where Eddie assaults him and then gets arrested by crooked cops who trump up the charges. He eventually takes on a female friend that he saves from getting raped. The two do trust each other and she becomes more of his accomplice rather than hostage. To reveal too much of the admittedly simple plot would be to spoil the fun and I won’t do that.

Films with fugitives on the run have been done time and time again, but when they’re done well, such as they are here, the results are quite entertaining. The film moves along nicely and holds interest across its brief running time. I’ll admit to being unsure just how the film would end, but I like what they landed on. Let’s just say it satisfies. The dialogue could be sharper at times, especially between the Kirk Douglas and Schneider characters, but that’s just a minor quibble. There are a few nifty twists and all add up to a positive experience.

I came across another review speaking of how he was disappointed with the transfer, but I was quite pleased with the results. Circumstances led me to having to purchase a new 4K TV (even though I had last year), so maybe that led to my more positive reaction, but the image looked solid to my eyes. Background details could’ve been sharper, but otherwise I felt the results here were quite pleasing. The image is AVC encoded with a 1.85:1 ratio.

The DTS HD track proves satisfying. I never felt the limitations or had problems hearing the vocals. There was a clean sound to the dialogue heard here and things satisfy to not have many complaints that I can think of.

I enjoy coming across solid films of this that I somehow missed over the years. Eddie Macon’s Run has a simple, but effective plot that moves along quickly and keeps our interest. The acting is great and there’s enough here to keep things interesting and unpredictable. It might not be a film you watch over and over, but it comes recommended.