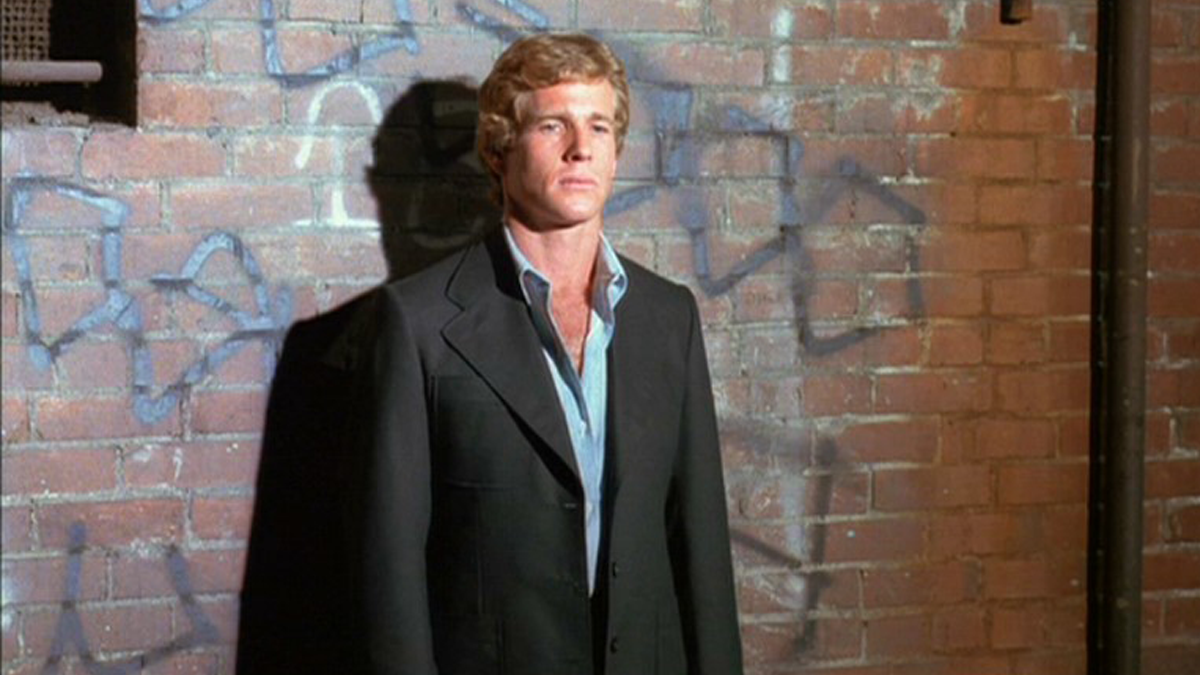 It finally happened this week. After scouring the internet for the last year, I finally found a copy of the much beloved and sought-after Walter Hill film The Driver. This film is distributed by Twilight Time and when they had sold it out, that was it. Unlike many out of print Twilight Time titles, this was a hard one to find at a decent price – reaching similar prices as Our Man Flint and Wild At Heart. That is a testament to the affinity held for the film. When the package arrived at my doorstep, I knew I was going to watch it that night.

As the film begins the protagonist, simply known as the driver (Ryan O’Neal,) steals a car from a parking garage. Meanwhile, a beautiful woman (Isabella Adjani) leaves out the back of a small gambling house. Two men in masks rob the place and run out the back. The run right past the woman to the waiting driver. The woman stares at the driver as the men get in the car. The driver leads the police on a chase and gets away despite the intentions of an aggressive Detective (Bruce Dern.) After depositing the stolen car in a junkyard he lets the men know that he will not work with them again for arriving late to the car. The policemen find the stolen car and bring the driver in. When asked to identify the driver by the Detective, the woman lies and says it wasn’t him. The Detective assures the driver that he will get him soon enough. Elsewhere, three criminals rob a supermarket and shoot a few shots at the glass windows. The leader of the three is brought in with the gun he used for the robbery. The Detective offers him a job robbing a bank as long as he agrees to enlist the driver. The Detective is willing to cross the line and set up a robbery just so he can get the collar on the driver.

After watching the film, I understand why so many people are trying to add it to their collection. This is an entertaining film noir that features some excellent chase scenes and some great cinematography. Walter Hill has written and directed some classic action films (48 Hours, The Warriors, Last Man Standing) and this was his second film to direct after Hard Times (also available on Twilight Time.) This was not his first noir to write because he had written the screenplay for Peckinpah’s The Getaway a few years earlier. As a fan of his work, I was glad to see him really flex his chops in this film. The film displays interesting and vibrantly lit cinematography by Philip H Lathrop that predates Michael Mann’s Thief but has a similar aesthetic. The glowing streets of Los Angeles look great and the car chases are well choreographed. That is pretty important if you are going to make a film about a getaway driver. The film relies on strong but silent performances by Ryan O’Neal and Isabella Adjani and a chattier performance by Bruce Dern. The choice of composer is also excellent with a jazz-inflected score by Michael Small who also composed on Marathon Man and Night Moves.

Overall, this film is a real winner. If you can get your hands on a copy without breaking the bank, I recommend checking it out.

Twilight Time present the MPEG-4 AVC encoded image in 1.85:1 aspect ratio. This transfer granted from Fox for the most part looks very sharp with certain scenes looking dazzling. For a film that was shit almost entirely at night, I was very pleased with the level of grain and fine detail. The only bad thing about this transfer is that I did notice a fairly persistent flicker in some of the light levels. Considering that as a minor complaint, this film is very visually compelling with some great cinematography by Philip H. Lathrop. I think that overall this release pops pretty well on Blu-ray.

Twilight Time have provided a DTS-HD MA 2.0 track. It has excellent fidelity to the original elements. One of the best aspects of the film is a standout score by Michael Small that fits the film perfectly. This track is center based like all mono tracks, but the music sounds great and the dialogue is clear. I was pleased thoroughly with this track.

The Driver is one of the hardest to find Twilight Time blu-rays. It is also a low key film noir that delivers the goods. With solid character actors, a cool score, sharp writing, strong chase scenes, and neat cinematography there is a lot to enjoy. If you come across a copy, pick it up! Recommended.