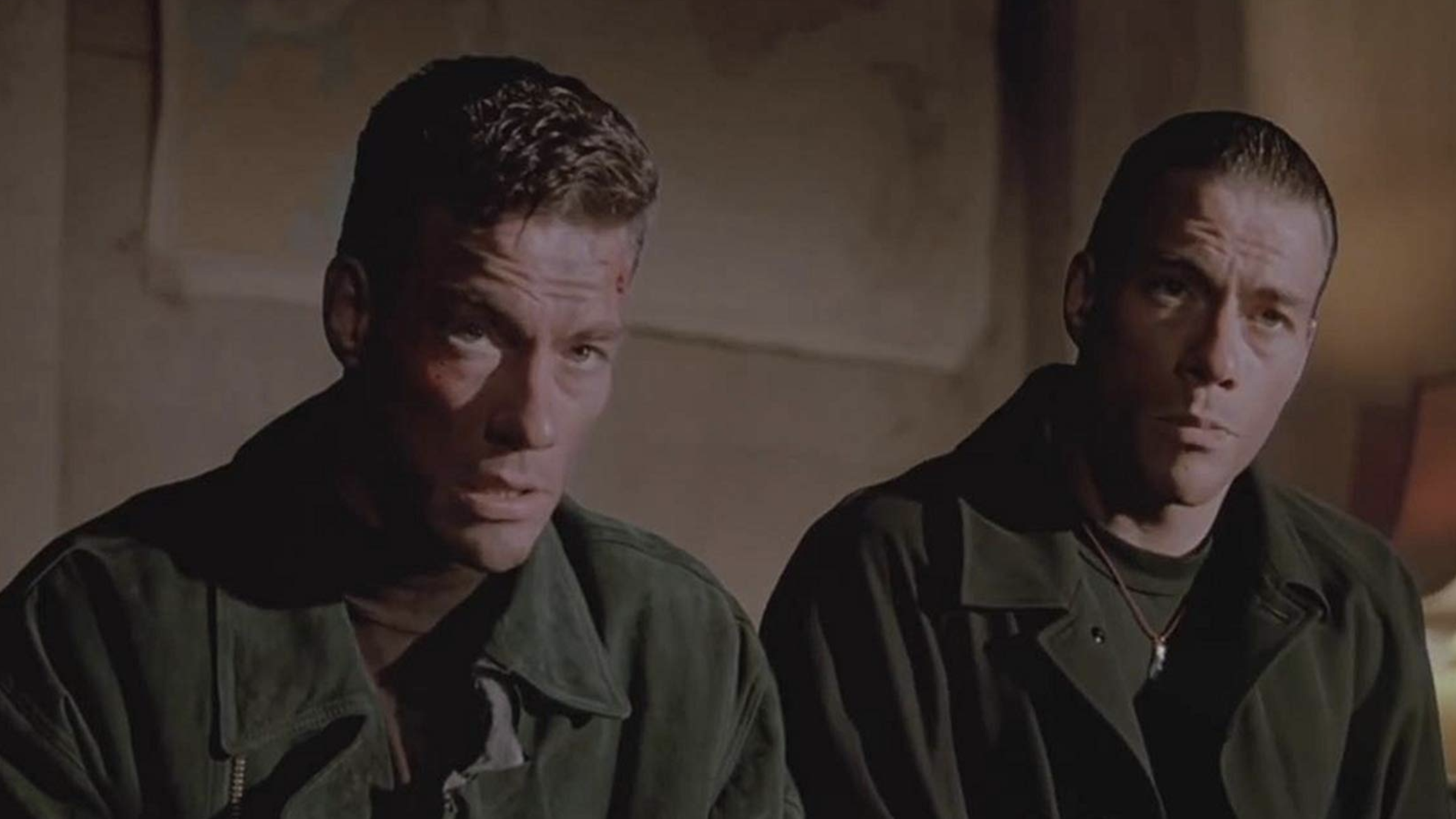 MVD Rewind Collection is one of my favorite film distribution labels. They have specialized in collector’s editions of niche titles such as Attack of the Killer Tomatoes, Showdown, and Lionheart. Their release of Lionheart was one of my favorite releases of last year, so I was excited to see that they had also acquired the rights to Double Impact. Double Impact reunites Van Damme with writer/director Sheldon Lettich, from Lionheart, for another fun action film. As my package arrived, I looked forward to seeing all of the work that MVD Rewind had put into the new edition of the film.

The film begins in Hong Kong in 1978 at the unveiling of the Victoria Harbour Tunnel. Backed by the British, the tunnel will link Hong Kong with the Chinese mainland.  Paul and Catherine Wagner attend the unveiling of the tunnel and then depart for their home. They wave off the protection of their bodyguard Frank (Geoffrey Lewis.) They have two young twin children in the back – Alex and Chad. When they arrive home, Paul and Catherine are assaulted and killed while Frank races to save them. Paul had been betrayed by his business associates –  Nigel Griffith (Alan Scarfe) and Raymond Zhang (Philip Chan.) Frank is able to fend off the evil killer Moon (Bolo Yeung) long enough to grab Chad. An Asian maid grabs baby Alex and escapes. The two boys grow up in separate countries. Chad (Jean-Claude Van Damme) grows up under the tutelage of Frank in the safety of France. Alex (Jean-Claude Van Damme) grows up in Hong Kong and becomes a black market trader of goods. Frank reunites the two brothers in Hong Kong and pairs them up to avenge their parents’ deaths. Meanwhile, Alex’s girlfriend Danielle Wilde (Alonna Shaw) begins to flirt with Chad.

Van Damme wrote the script with director Sheldon Lettich, who had previously written Lionheart with Van Damme (and before that had written Bloodsport.) While I prefer Lionheart, this is a successful outing for Van Damme as he was reaching the zenith of his popularity. The film has a lot to offer for fans of Van Damme and action, but it also has a few setbacks. The largest setback for the film is its running time. Action films tend to grow a little long in the tooth if they go past the hour and a half mark and this film is almost two hours long. I don’t mind this but on the two times I watched the film with friends they seemed a little bit tired of the film after the middle. The other issue the film faces is that for much of the film Van Damme uses guns instead of karate kicks. Whenever a martial artist is used for gun fights instead of kicking people in the face, it just feels like a waste. Then again, John Woo’s impact was felt in every American action film around this time and it is no mistake that Van Damme was cast two years later in Hard Target. Keep in mind – these are minor quibbles.

The film is definitely one of the best of Van Damme’s career. Coming on the heels of Lionheart, but before Hard Target, Sudden Death, and Timecop, the film still finds Van Damme humble and hungry. By the time he did Street Fighter: The Movie, he was seemingly too full of himself. In this film it is easy to see why everybody in the world (to the tune of 30 million dollars at the box office in 1991 dollars) decided that they liked this guy. By pairing with Sheldon Lettich on the script and tapping him as director, the same good energy as Lionheart makes its way intoDouble Impact. With a bigger budget (somewhere between 12 and 15 million dollars) the film was able to take place in the exotic and beautiful Hong Kong. With acclaimed cinematographer Richard H. Kline begins the camera, the film looks great and has some visually stunning scenes. My personal favorite scene involves a run across the ships in Aberdeen Harbor (which is coincidentally discussed at length in a special feature on the disk.) Richard H. Kline does so,e really good work in the film and it reminded me just how great some of these action films looked.

The supporting cast of the film is pretty great. Geoffrey Lewis is a great character actor that is in a lot of movies and he is perfectly cast as Frank. Alonna Shaw is a pretty blonde and does the role justice despite being Sheldon Lettich’s second choice. Philip Chan and Bolo Yeung are also very fun to watch on screen as two of the prominent villains.

MVD Rewind have provided an excellent transfer of the film using an MPEG-4 AVC codec in 1080p with an aspect ratio of 1.85:1. This movie is visually very appealing do to the fantastic cinematography by Richard H. Kline. Like most films from this time period, it is a little soft in focus at times. Fine detail is good and I found myself pleased overall throughout the duration. There is occasionally some noticeable grain, but all said and done, this is the best this film has ever looked. I was really happy watching it on my UHD television.

MVD Rewind has provided an English LPCM 2.0 Stereo track. Overall, I listened to it on my surround speakers and it sounded pretty good. While it is not an incredibly immersive track, it still has plenty of explosions and gunshot sounds to enjoy. While a surround track would have been great, this should keep fans happy until one could be fabricated. Dialogue is clear and the track didn’t have any hiss that I noticed.

Double Impact is one of Jean-Claude Van Damme’s best films. I have already watched it with two friends in the last couple weeks. It has some pacing issues, but who cares when the film is this much fun? MVD Rewind has provided some absolutely phenomenal supplements and a good transfer of the film. If you are a fan of these types of films, I would move this to the top of your list for purchase. MVD Rewind continues to show why their label is one of the absolute best in the business at creating Collector’s Editions of nostalgic action classics. Highly recommended.