Maybe I’m just being paranoid, but every night before I go to bed I check the doors and ensure they’re locked. I do this twice. Why twice? I have no idea. I don’t live in a bad neighborhood, but somehow the thought of someone breaking into my house really scares me. And I’m guessing that’s a common fear. Our homes are the place where we spend the most time and with the ones we care about most, so to have that security and sanctity compromised is a violation. After all, if you can’t feel safe in your own home – where can you feel safe? But there are those out there who don’t want to work for what they have, instead they’d rather take instead of earn and according to a statistic that I just made up for this review, every 20 seconds a home is broken into in this country. Can you believe that? But what if…the person you were stealing from fought back?

Teens Rocky (Jane Levy), Money (Daniel Zovatto) and Alex (Dylan Minnette) have a pretty good thing going. Alex’s father runs a security company in Detroit (where the film is supposed to take place) and he has access to house keys and security codes. The trio rob at their leisure all the while keeping the total of what’s stolen below $10,000 so as to avoid a felony offense if caught. Their latest “victim” is a blind man (Stephen Lang), a war veteran who has lost his vision in combat. They learn that he’s settled with a local rich family for a small fortune and decide to make this their big score. Rocky and Money have aspirations of heading to California to start a new life and Alex is waffling on the idea. But things never go as planned, and once inside the house the blind man manages to fight back. A routine robbery is now something much more. Trapped and now fighting for their lives, this blind man isn’t quite the helpless person they thought he was. Will they escape with their lives?

Admittedly robbery seems like a victimless crime, but this changes when the owner is a home (and disabled). However “the blind man” as the film refers to him isn’t so helpless after all and it’s rather empowering to see people like this fight back. And, without giving too much away, there’s a big twist lodged in there that kind of blows the collective minds of the robbers. Lang is one of those actors that you’ve seen in countless other roles, notably as the antagonist in James Cameron’s Avatar, though I seem to remember him for his role as Ike Clanton in one of my favorite films, Tombstone. The younger part of the cast are all relative unknowns save for Dylan Minnette who I recognized from Goosebumps. And though director Fede Alvarez has woven together a taut thriller, it’s one that I kind of forgot right when the credits roll. Entertaining? Yes. But for a movie with the same general theme, I’d recommend Panic Room with Jodie Foster.

This is a dark movie in every sense of the word. Taking place in Detroit, I don’t imagine they were going to have sunny days and lush-filled green lawns. No, it looks like a fallout zone from one of those first person shooter games. What happened to you Detroit? As I learned in one of the supplements, the house (where the majority of the film takes place) was re-created on an interior soundstage that gives a very natural, dark look to the movie. Everything is oversaturated and even some deliberate “choices” in the film have a nice effect to them (there’s a scene in which the lights are out and when a gun fires, we see moments of color). That said, the 2.40:1 AVC HD image has a couple of things that stood out, noticeably some noise in some of the shots, but nothing to get worked up about. Sony’s done a fine job here and it looks the part.

The cast has four actors. That’s it. And without giving too much away, one of them doesn’t last that long. And the blind man has about 7 lines of dialogue. Why am I mentioning this? There aren’t a lot of vocals in the film, what’s said is mainly in whispers and whatnot. The ambient surround effects are working over time, the LFE have a few good moments to strut their stuff and as is the rule (yes, it’s a rule) there’s one “gotcha” moment with a dog. You’ve been warned. It’s a good, solid sounding track but nothing that really blew my mind.

I’m not sure I agree with the front of the box when it says “The most horrifying movie in the last twenty years.” I found the film tense, but pretty predictable actually. It’s not bad by any means, but in terms of a movie scaring the crap out of me, that falls to It Follows (recently). Still, the movie both looks and sounds good and should be ok for a few screams. 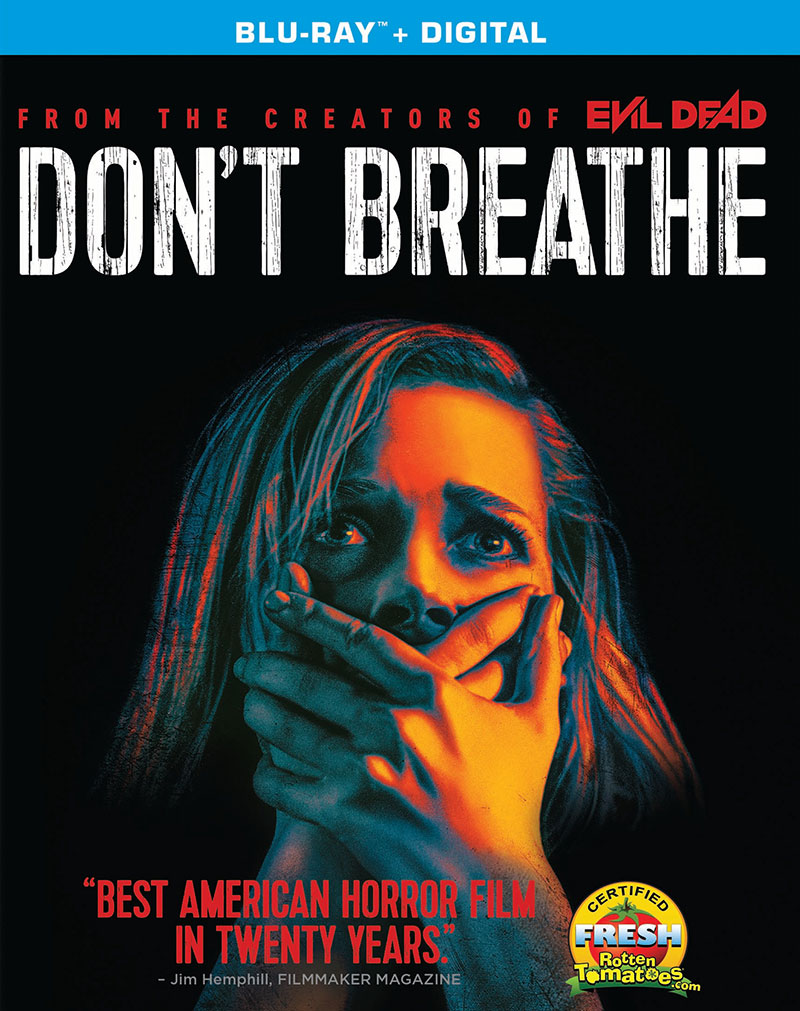