Joseph Pistone (Johnny Depp) has a wife and children, but he spends little to no time with them. In fact, he usually sleeps away from home and is known for hanging around with criminals, even getting involved with their actions at times. But if you ask him, he’ll say it wasn’t him you saw in these times, it was Donnie Brasco. Joseph is a police officer and a loving father & husband, while Donnie is a crooked jeweler who is best friends with a veteran hitman, Lefty (Al Pacino). You see, Joseph works undercover and when he is in with the mobsters, he is known as Donnie Brasco. Donnie has been on track in his mission, made it inside the ranks and he gathers hours of wire taps. He sees all that happens within this realm of crime and as fate has it, he has become best friends with Lefty, who is on his last leg, both mentally and with his peers. Lefty takes Donnie in under his wing and the only reason Donnie has gotten so deep, is because Lefty was there to vouch for him. But as Donnie spends more & more time in this mission, he begins to think he belongs more inside this world than his own. He refuses to be taken off the case, gets even closer with some of the guys, and even finds himself more at home with his new family. But when this mission is over, will Joseph Pistone even exist anymore, or will there just Donnie Brasco?

This is one of those movies where everything seems to go just right and while this isn’t popular as it should be, Donnie Brasco is a personal favorite of mine. The film is based on a true story and the screenplay is fantastic, which means all you need is a gifted director and a good cast. The man at the helm is Mike Newell, who delivers a superb film in all respects, proving himself as a talented filmmaker. As far as the cast goes, this is one star studded lineup loaded with terrific turns. Such names as Johnny Depp, Michael Madsen, Anne Heche, Bruno Kirby, Al Pacino, and more all grace this movie. So the elements are all present to make this one work and thankfully, it all works together to create one powerful motion picture. This is a true story though and as such, things don’t always go in favor of the good guys and things happen that might not reflect an upbeat tone. So this isn’t the movie to watch if you need a pick me up, but the realism and history of this story add to the tension and impact of what we see.

This isn’t his best known role or his flashiest performance, but as Lefty Ruggiero, Al Pacino is excellent. I like how this role is so much different than his other treks into the mobster realm, as Lefty is so normal and almost crude. The nice suits & slick hair from The Godfather are long forgotten here, but Pacino is just as convincing in this film. That is a testament to his skills, but then again, I never doubted him for a second in this movie, or any other. His experience within the genre helps out a lot, but Pacino doesn’t recycle his performance by means, as Lefty is a very unique character. I don’t think this is his finest hour, but Pacino fans will not want to miss his work in Donnie Brasco.

Donnie Brasco sneaks its way onto Blu-ray sporting a 2.35:1 AVC HD transfer. There’s no mention of a new transfer and given the lack of supplements and Dolby Digital soundtrack, I’m willing to bet that one hasn’t been done. The color scheme is natural, but I still saw some bright areas when needed and flesh tones seemed normal and warm also. This is a very dark film in places, but this transfer never falters and delivers stark and well defined black levels. I saw no detail loss in the least, while the shadows were never too light either, a perfect blend if you ask me. A few moire patters emerge, but no other compression flaws to be discussed with this one.

No, this is not a typo – we’ve got a Dolby Digital 5.1 track. Oddly, the previously-released DVD featured a Dolby Digital 5.0 track. So I guess in the ten years since then, we’ve gained an LFE channel. Yay? That said, I don’t think movie is one that emphasizes audio power by any means. Surrounds are used at times to enhance atmosphere or when the tension mounts, but usually the dialogue dominates the mix. When they do kick in, the audio sounds full and effective, but this just isn’t the type of material to push your audio system. The musical score is excellent in this film and sounds terrific here, using the surrounds to envelope the listener and enhance the tone of this movie. The main focus is the dialogue though, which comes across in crisp & sharp form here, no problems in the least.

Columbia/Tristar’s Special Edition DVD had a slew of supplements, but sadly this Mill Creek offering has none.

This is a tough sell. It doesn’t appear that this has been given a new transfer, it’s the theatrical cut (an extended cut on Blu-ray does exist) and features zero supplements along with a Dolby Digital 5.1 soundtrack (and this is being written in the days of Atmos and DTS X). Still, it’s a great film and if the above caveats aren’t important to you – pick it up. 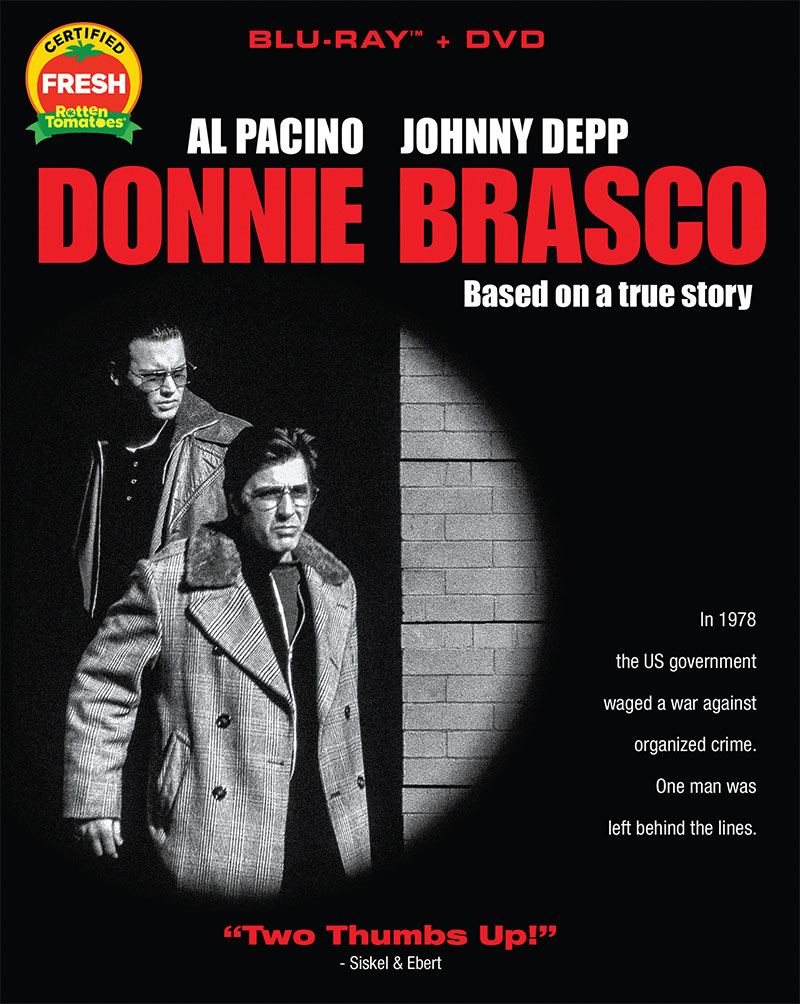