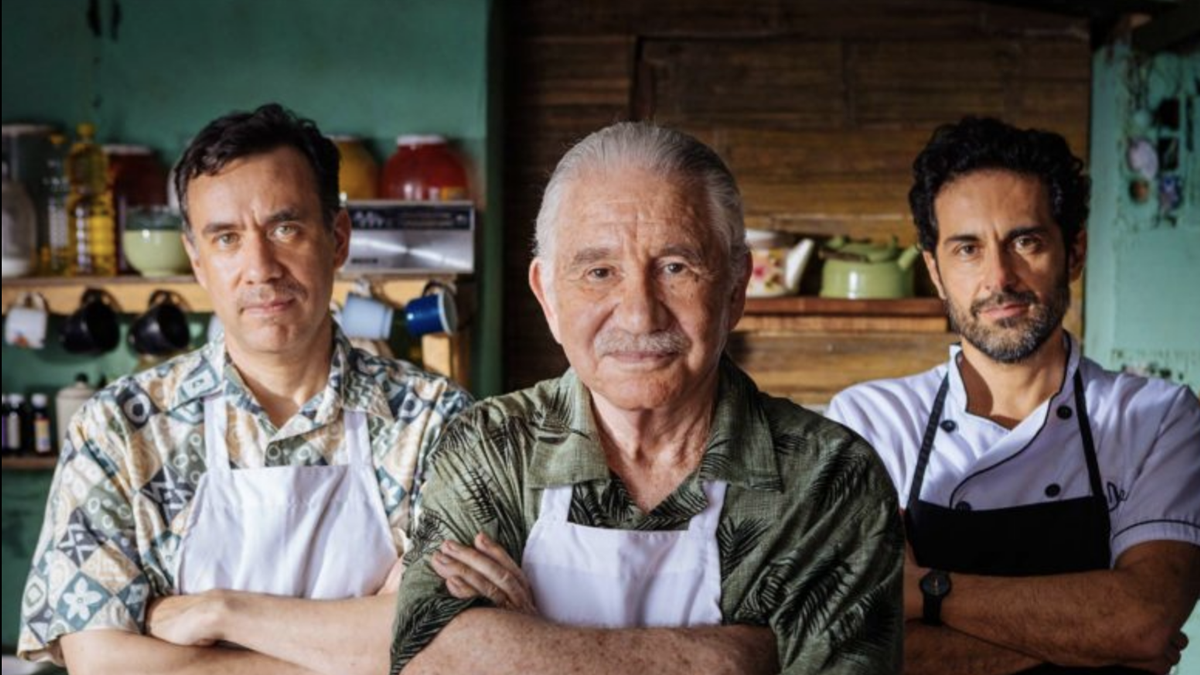 I’ll admit that I wasn’t quite sure what to expect when I requested Documentary Now for review. The names attached to it such as Fred Armisen and Bill Hader certainly piqued my interest. I’m a fan of those two guys, but I was a little worried that it’d be just a little too offbeat and quirky for my taste. I’m happy to report that there are some serious laughs to be found in this 2 season collection. What we get here is basically a mockumentary of documentaries. It takes the often familiar approach to documentary style programs and adds a comedic twist to it. A large part of why these segments all work so well is because the participants are playing things straight; they’re not acting as if they’re in a spoof. Hellen Miren hosts each segment and from there on it’s treated as an actual documentary. There are 2 seasons here with 6 episodes each, clocking in at just over the 20 minute mark. This is a good thing as they know not to overstay their welcome.

The episodes included from Season One are:

Some segments are better than others, but there are so many subtle gags and sight gags that it’s hard to single any out. All are well worth watching. When reviewing this program it can be tricky, because a lot of the gags you simply have to see for yourself, but the bottom line is I did laugh quite a few times. The commitment from the cast, which includes several guest appearances is one key factor in the success here. The writing is also very witty, which keeps things fun as well. This is well worth checking out.

With various sources and different styles for each segment, expect a broad range of visuals, but the image consistently looked good to these eyes. Any noticeable flaws or such things were deliberate, so I won’t deduct points in that regard. We get some images in 4X3 Full-Frame and others with a 1.78:1 ratio, but again, that’s all intentional. There are strong colors and details when there need to be and some grain and other such things when we’re watching “archive” footage or things of that sort. This package presents the segments nicely.

We get an LPCM 2.0 track that presents things as expected, with dialogue being the focal point here. It’s audible with the clarity I expect from a program of this sort. So all things told this met my modest requirements for the program at hand.

I’ll be honest and say that my (or any) review really can’t do a program like this justice. It may very well not be your cup of tea, but it should at least be experienced for oneself. It’s very well made and acted along with clever writing. I wasn’t expecting to enjoy it like I did, but it made me laugh a good number of times. I preferred some segments to others, but there were so many subtle bits in each one that they’re all worth checking out. For already established fans, this is an easy call. For all others, at least rent it. I’m not sure of the replay value, but it’s at least worth viewing once.