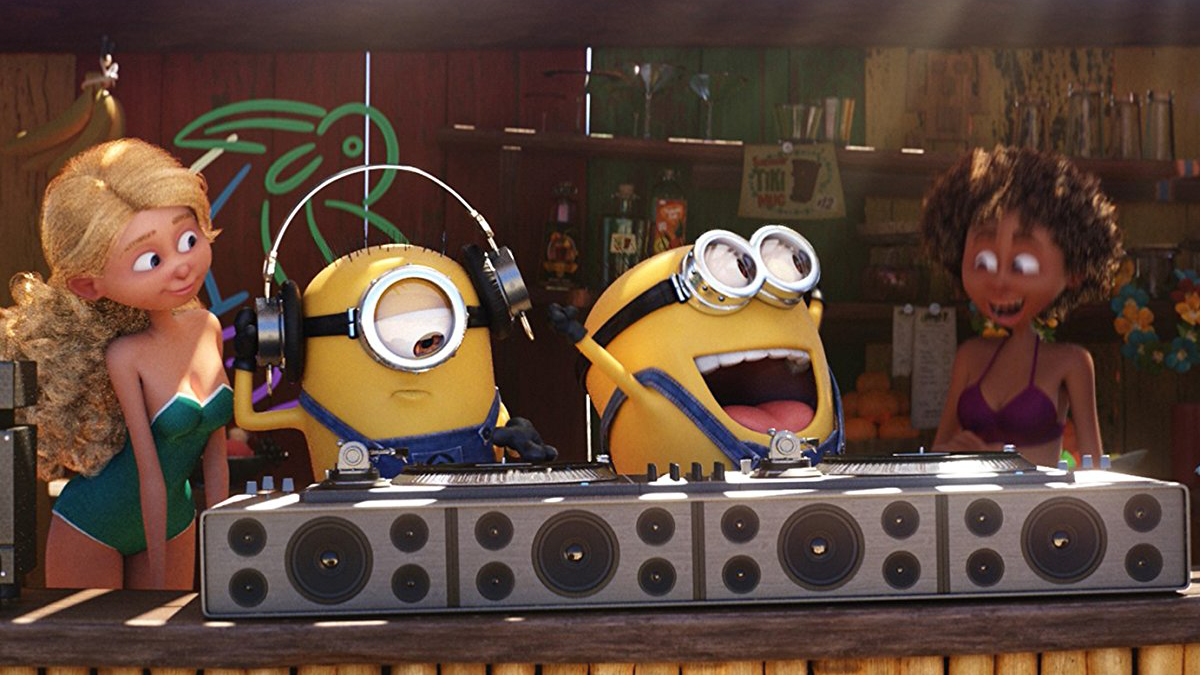 Gru (Steve Carell) and the gang are back for Despicable Me 3. The first sequel arrived in 2013 with a spinoff Minions movie which arrived in 2015. I’d wager that as long as these films are successful then we will continue to get sequels, prequels and/or spinoffs. I enjoyed the first film and the sequel wasn’t bad, but I do feel a case of diminishing returns with this outing. I do feel the intended audience will find much to enjoy, but I couldn’t help but feel this series is starting to run on fumes. The minions are as adorable as ever, but there’s just a tiredness to this sequel that feels as if the creators are running out of ideas. Even with the presence of a talented voice cast including Trey Parker, this sequel feels stale. Before I get too into things, let’s take a look about the plot itself.

Balthazar Bratt (Voiced by Trey Parker) is a famous child star who had a good run until he hit a growth spurt and the show he starred in was cancelled. Now he’s a super-villain and Gru attempts, but fails to stop Bratt, leaving him without a job. Now Gru learns of his twin brother, Dru (also voiced by Carell). We also follow the minions and their brief stint in prison, which is rather amusing I must add. There’s also Bratt’s storyline as well as Gru’s adopted girls and their quest for a unicorn. Indeed, me 3 has a bit too much of everything going on. I did enjoy seeing the minions and their prison escape, but much of this sequel feels padded.

At under 90 minutes, Despicable Me 3 just feels too long. It’s somehow too much and too little of everything. The first film had a bit of an edge to it where adults could enjoy it about as much as kids. Unfortunately, this one feels far too much like a kid’s film. In some ways that is a bit unfair of me to say, but there’s also so much a grown man can take from this. For that reason, I can’t say this one did much for me, but I do think it accomplishes what it sets out to do. The target audience should feel fine with this chapter, even if the freshness is starting to wear off.

With this 4K presentation, you can expect bold and strong colors throughout. All of these films have been very colorful and lively, and that’s only enhanced here. The results should please just about everyone as there’s always something eye catching happening. There’s a richness here where I can see the added edge that 4K brings to the table. There’s no softness or noticeable flaws to speak of. In short: this is more than pleasing.

We get a strong DTS: X track that starts strong and stays that way throughout. It’s exciting and lively, never compromising for even the most subtle of vocals. You’ll be continually pleased with this track. Vocals have a nice crispness to them and this track keeps us involved.

I had high hopes for Despicable Me 3, but it left me unmoved. I enjoyed bits and pieces, particularly with the minions, but too much of it felt stale. I feel it’s time to find a new angle of give these films a rest for a while. Intended audiences may get more out of it than me, but I feel less than satisfied with the results.