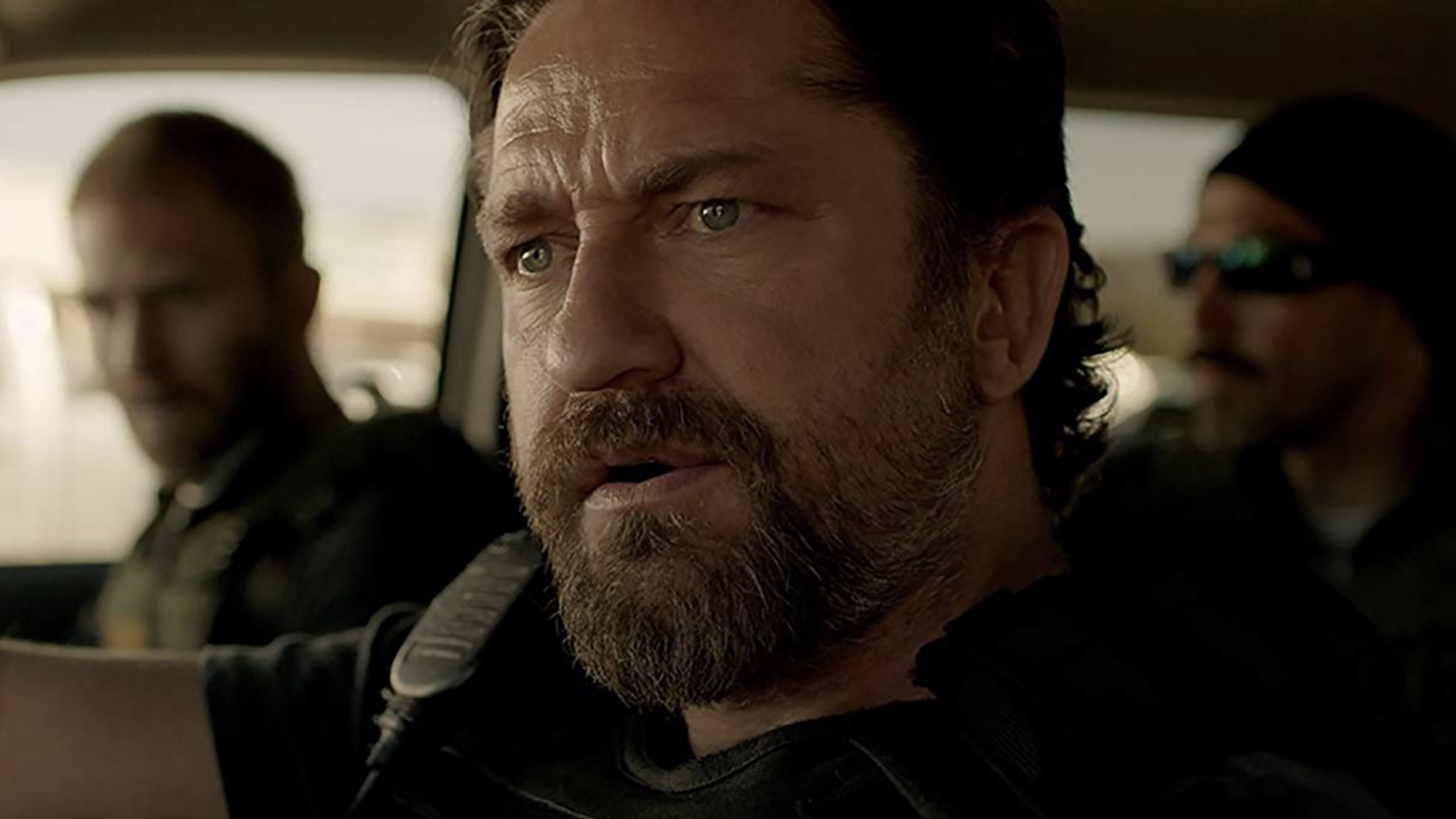 While not a legitimate remake of Michael Mann’s Heat, Den of Thieves shares a bit too much in common with it that it can be a bit distracting. Den is nowhere near the heights of Mann’s classic film, but it does have its own merits. The film has a pretty big cast that’s led by Gerard Butler, O’Shea Jackson Jr. and Curtis “50 Cent” Jackson, who seems to mumble more lines than he actually speaks. The film (in either cut you choose to watch) clocks in at over 2 hours, but for such a bloated running time, could do more with the material than it ultimately does. Not to mention that the character played by Butler is about the furthest thing from likable. The other characters don’t get nearly enough screen time that would’ve made the film more memorable, but a couple of them come close enough.

It’s Los Angeles and a team of robbers led by Ray Merriman (Pablo Schreiber) rob an armored truck that leads to a few causalities, but as it turns out, the truck is empty. The next day we’re introduced to Detective Nick O’Brien (Gerard Butler) and he begins putting the pieces together. He was monitoring Merriman and his crew for some time and seems to have a constant back and forth with one of the federal agents on the case. Nick suspects that a local bartender, Donnie Wilson (O’Shea Jackson) may know something, so he and his men pick him up and demand he provide Intel on this crew. Wilson informs them that Merriman and his crew plan to rob the Federal Reserve soon and this puts things in motion. With the crew working towards the robbery, we follow O’Brien and his team as they try to stop them. Throughout the film we get some background on O’Brien himself. His relationship with his wife and two daughters is anything but kosher. We probably get too much of this subplot as it lowers the Butler character and makes him appear very unlikeable. In fact, I’d argue that much of this could’ve been cut out and the film would be better for it. We also get a bit of insight (though not enough) of Merriman and his crew. The Curtis Jackson character, Levi has a young daughter and there’s a scene where her date arrives at the house and her father and some of his pals intimidate the young man. I don’t think Jackson is even give 100 lines, but when he speaks, it’s more of a mumble. I feel a better actor would’ve been most welcome here, but it’s a minor complaint. The thieves also get the upper hand on O’Brien and his crew at one point, but things still build to a somewhat predictable conclusion, though there is a nice twist thrown in.

After two viewings, Den of Thieves remains a perfectly watchable, though heavily flawed film that wears its influences on its sleeve. There’s a welcome grittiness to it, but the resemblance to Heat became a bit much for me at times. The opening robbery where one of the crew gets too trigger happy, the team gathering information on the cops investigating them and even the husband whose relationship is in shambles. We’ve seen this and seen it quite better, but there is entertainment value to be had so long as expectations are realistic. While I felt that Heat flew by, despite its lengthy running time, Den doesn’t give us enough bang for our buck in that regard. There’s a robbery midway through that has some good tension and things build toward a fairly exciting climax as well. I wish I was more invested with the characters, but it’s good enough diversion for a couple of hours. It’ll always be Heat I return to over this, but it warrants at least a rental. A sequel is supposedly in development and I think there’s a lot of potential for improvement too.

The AVC encoded 2.40:1 transfer is consistently satisfying. A lot of the characters featured in the film have tattoos and the details come through strongly. The print is pristine, with strong details and background shots as well. The film is set in LA, and that lends itself to some nice visuals. Colors all appeared deep and accurate with no obvious flaws to speak of. The transfer serves this film in a positive manner.

Also strong is the DTS HD Master Audio 5.1 track. The film has a lot going on, so expect a robust track and engaging experience. Vocals have the expected crispness to them, but the action scenes are what pop. I mentioned 50 Cent speaking in a muffled tone, but otherwise there’s a clear sound to the vocals. It’s hard to find any faults as this is an engaging track.

It’ll always pale in the shadow of Heat and films alike, but Den of Thieves has enough going for it to warrant a rental. A sequel is allegedly in the works and I think there’s some good room for improvement, but time will tell. This disc features top notch A/V and a few decent supplements. Rent it.