Based on the popular novel by Stephen King, the film adaptation of The Dark Tower was not only bashed by most critics, but also failed to make a dent during its brief theatrical run. I skipped the film in theaters, but having seen it for the first time on Blu-Ray, I can say that while extremely flawed, it’s still reasonably entertaining. I won’t ever consider it one of the better or even decent King adaptations, but it goes down easy and passes the time rather quickly. Maybe too quickly as one of the biggest flaws here is that the finished product just feels so rushed. It clocks in at just under 90 minutes, barely giving things room to breathe or develop more than they should. I still found that it had just enough pros to warrant a viewing.

Jake Chambers (Tom Taylor) is a young boy with a vivid imagination. His father passed away a while back and he dreams of the man in black who plans on destroying the dark tower and taking over the world. He also has visions of a gunslinger who tries to defeat this so called man in black. Jack is bullied at school one day and this results in him beating up a kid. His mother and stepfather agree that he needs to get help. They try to send him away for a weekend, but Jake manages to escape from his apartment as the two people from the psychiatric facility try to take him away. As he flees, he eventually encounters the gunslinger named Roland Deschain (Idris Elba). At first, Roland is skeptical of Jake, but the two eventually become traveling companions after Jake informs him of his visions. Jake tells Roland of the man in black known as Walter Padkick (Matthew McConaughey) and how Jake seeks revenge since Walter killed his father. Walter has been abducting psychic children over the years in an effort to use their skills or “shine” to bring down the dark tower. We then follow Jake and Roland’s journey toward the dark tower as Walter is on their tail as well.

I read a lot of the negative remarks about Tower prior to its release, but the end result really isn’t half bad. It has enough of a compelling story (thanks to great source material) and action to sustain interest. The biggest issue for me was the rushed running time. The film isn’t as confusing as I feared going into it, but we needed more time in this world to let things flesh out and develop more naturally. As it stands, it’s a solid enough action flick to warrant a viewing. I just wish it had a bit more depth.

Sony once again impresses with a transfer that’s nothing short of amazing. I can’t find any true negative complaints as it offered a richly detailed experience. I really can’t imagine how much better the 4K disc might look. Black levels are strong, Jake’s drawings are nicely detailed as well as background shots, all displaying strong detail and contrast throughout. The print is free of flaws and debris as well. All things considered, this transfer satisfies fully. The image is AVC encoded with a 2.40:1 ratio.

The DTS HD track also impresses. The vocals are clear and crisp, but the action scenes are what really kick things up. We get an involving atmosphere that really draws us into the film. Rears come into play on several occasions and add to the proceeding.

While hardly a classic, The Dark Tower still offers a fairly entertaining film. It could’ve used a bit more breathing room to get things fleshed out, but the final film still delivers the goods. It’s a worthy rental. 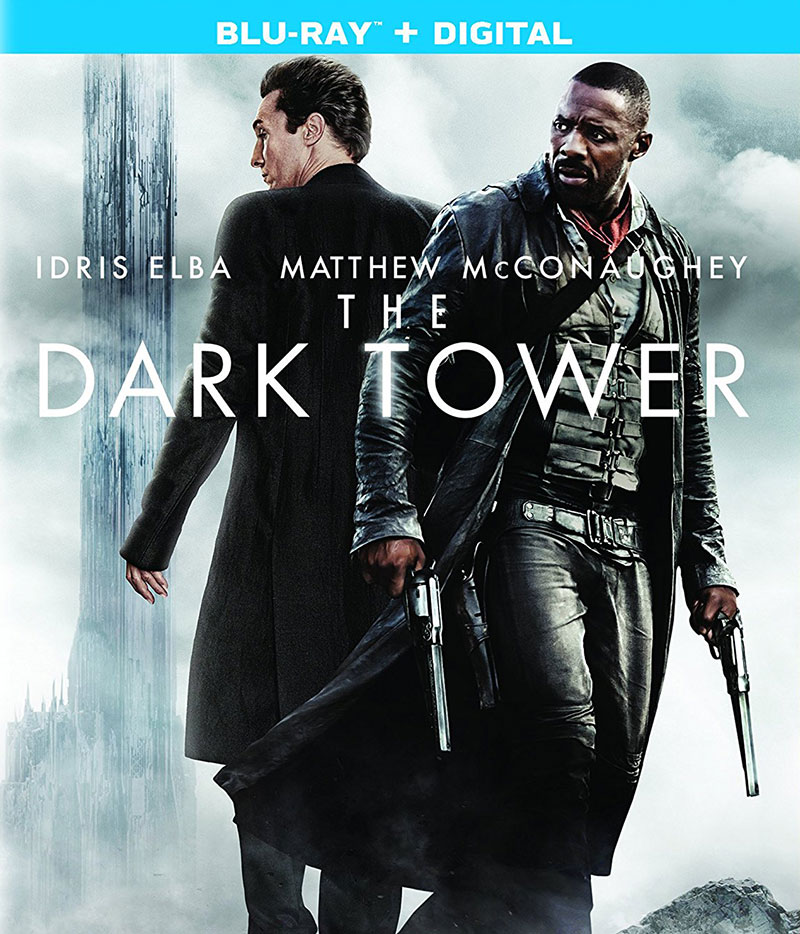