Dark of the Sun (Blu-ray) 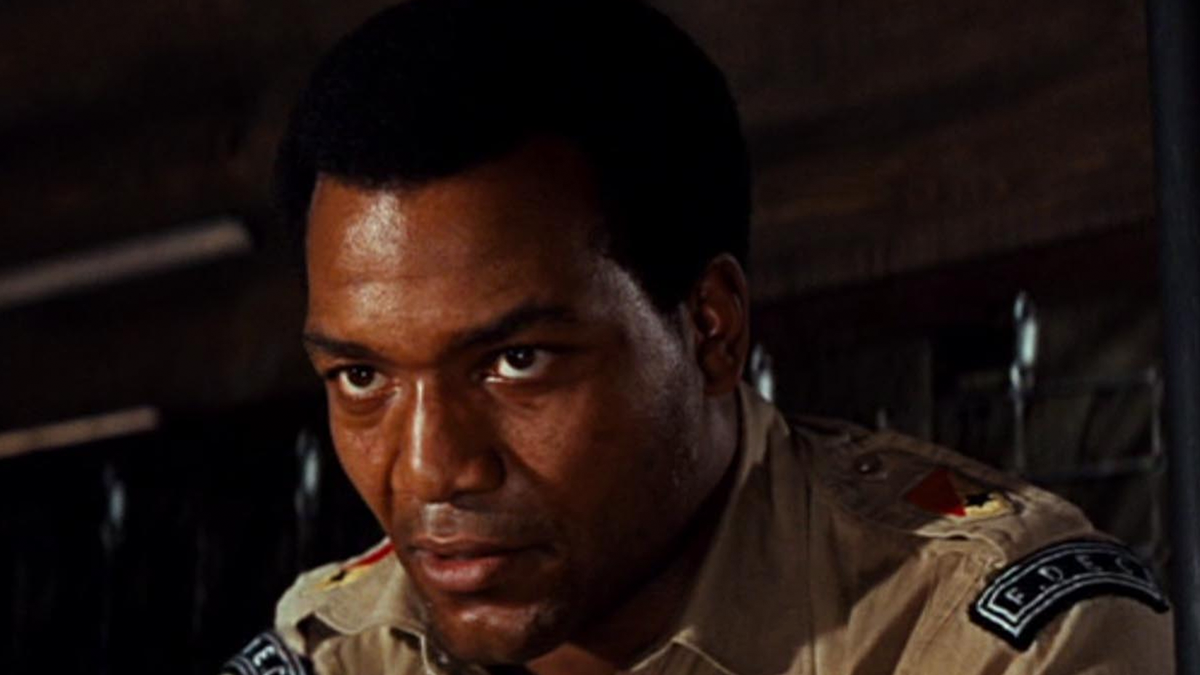 When I was growing up, I watched a lot of Turner Classic Movies and before that existed, I watched American Movie Classics. Two of my favorite discoveries that aired on those networks were The Dirty Dozen and Where Eagles Dare. If I had seen the Jack Cardiff film Dark of the Sun at that age, it would have been another favorite. This is an overlooked but excellent action film that I would have watched on repeat if I had simply known it existed.

In the Democratic Republic of the Congo, Sgt. Ruffo (Jim Brown) and Captain Curry (Rod Taylor) – two mercenaries – arrive at an airport while many civilians are trying to flee the country which is in an upheaval. They are on orders to meet with Ubi – an unpopular head of the country. Meeting with Ubi, he introduces them to Mister Delarge, an emissary of a large diamond mining company. Ubi and Delarge want Curry and Ruffo to put together a team to rescue $50 million in diamonds and some of the supervisors of the mine. Ubi needs the money to fund his revolution and only has three days before he will be replaced without the funding. Curry and Ruffle accept the job for $50,000 upon completion. Curry’s ragtag crew includes Doctor Wreid (Kenneth More) who works for scotch whiskey, Henlein (Peter Carsten) a former Nazi known for his cruel streak, and forty of Henlein’s best men. They take a train with their men and 50 caliber rifles. They are attacked along the way despite their UN passes. Moving up the road they pick up a woman named Claire (Yvette Mimieux) who had been attacked by the simbas. The mission will put all of them in danger as the simbas prepare to attack the mining town.

If you liked Dirty Dozen and Where Eagles Dare, you are going to love Dark of the Sun. It is an excellent action-adventure movie with a great starring role for Rod Taylor. Taylor was tough as nails. Raised in Australia, Taylor was both a rugby player and a boxer. Taylor is so awesome in this movie that it is a shame that he never became a big star. He is believable partially because his body is not in great shape like the action stars that would come later. He just has that strength that comes from kicking lots of people’s asses over the years. This was the age when people like Charles Bronson could be action stars. These guys just looked like they could fight. I wish that we could have more of that these days . Starring alongside Taylor is the great Jim Brown. He turns in a solid performance in the film. Peter Carsten is also very good in the film as Henlein – performing in two of the best fight scenes imaginable.

Speaking of fighting, this movie has some of the best fight scenes. They have a rawness to them that hold up beautifully. The stunt work is fantastic. The best action films from the pre-CGI generation have a sense of danger to them because the stuntmen in the films were really at risk. This film has people jumping onto trains, off roofs onto cars, and lots of other risky maneuvers. I can’t get enough of this type of action when it is done well. It seemed like Rod Taylor did a lot of his stunt work, but if not, his stunt double was a dead ringer.

The writing by Ranald MacDougall (writing as Quentin Werty) is great. The dialogue in the film shines with some absolutely fantastic one-liners like the one that I mentioned at the top of the review. I can not figure out why he used a pseudonym for his work on the film, but regardless he had nothing to be ashamed of here.

Warner have provided a new 2K scan from the original elements. This new transfer by Warner Archive looks superb. I watched the film in my Ultra HD television and the 2.35:1 framed film looked great. Fine detail is excellent and the image is not overly grainy considering the age of the film. This is a beautifully shot film. The landscapes are shot in widescreen and look lush and inviting. Jack Cardiff worked with cinematographer Edward Scaife to make a memorable picture. Edward Scaife had worked on The Dirty Dozen the year before and the film benefits from this similarity. The film looks great from beginning to end. The transfer does have some softness occasionally but that was a common attribute of most films at that time. I was very pleased with this transfer.

Similar to the video treatment, this audio treatment is great. This DTS- HD MA 2.0 Mono track features a beautiful score by Jacques Loussier that sounds great coming out of any sound system. This soundtrack was so well-received that Quentin Tarantino used a portion of it for his film Inglourious Basterds. The score is one of my favorite scores that I have heard in the last year. Dialogue is crystal clear and the sound effects (though dated) do not take away from the film.

Dark of the Sun is one of my favorite discoveries of this year. I love action films like this and was consistently happy with the proceedings in this film. Solid dialogue, acting, action, and direction leads to a real winner. I can’t recommend checking this film out highly enough if you like The Dirty Dozen. Warner have provided an excellent transfer and an extremely fun and funny commentary track. I would definitely pick this one up when you get a chance! 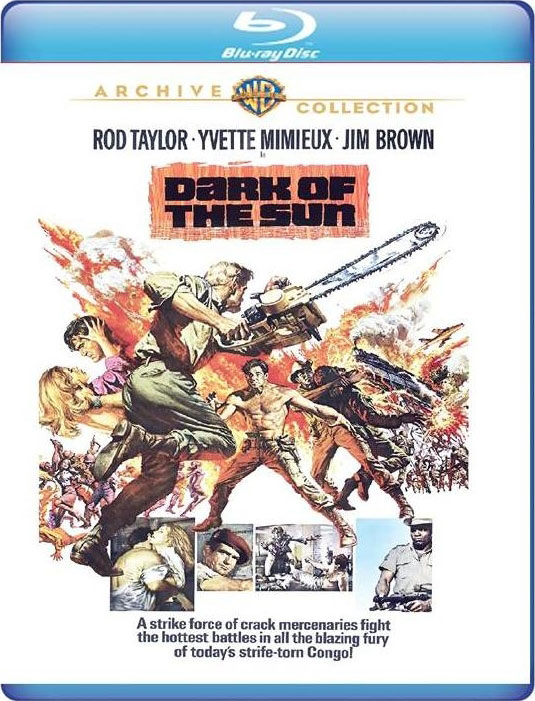