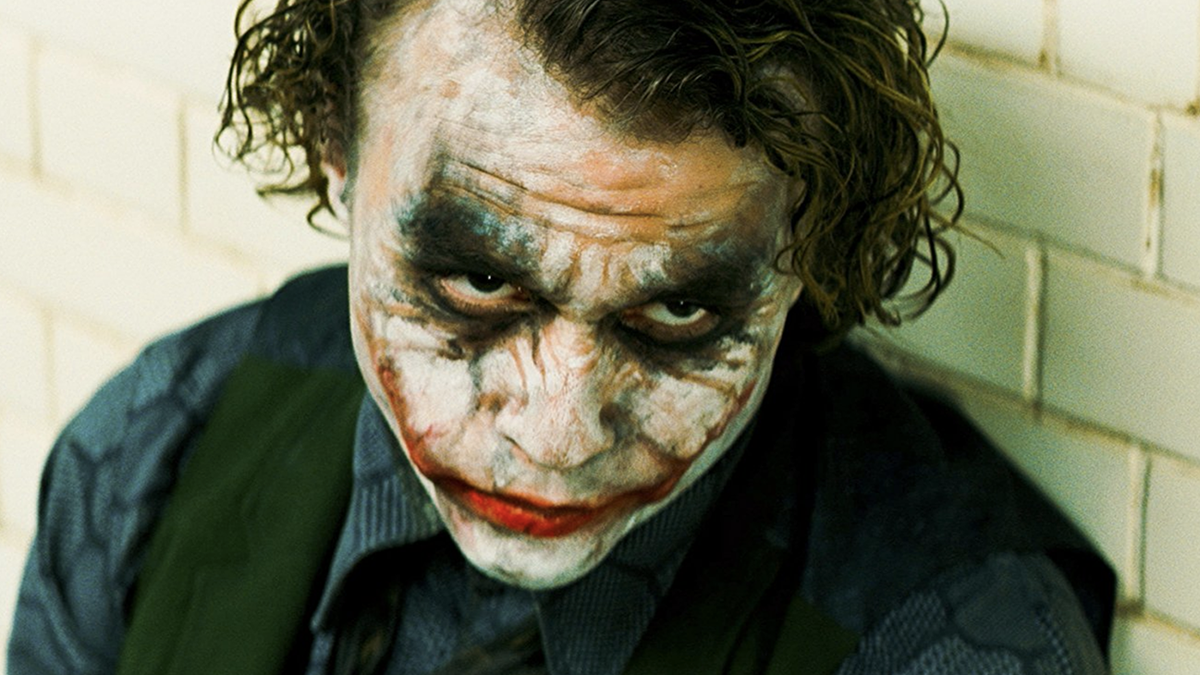 Sequels are supposed to be bigger and better and such is the case with “The Dark Knight”; the eagerly-awaited sequel to 2005’s “Batman Begins”. Unless you”ve been hiding out in, well, a (bat) cave the last year or so odds are that you”ve heard a thing or two about this movie. Is it the biggest movie of all-time? Is it better than the original? Did the sudden passing of Heath Ledger shine a little more light on this movie than need be? These are all speculative questions and ones that I don”t really know the answer to, but I will say that this film is one of the few that I actually went out and braved the audiences and saw with the masses. I”ll say, right here and now, that I preferred “Batman Begins” to this movie though I feel both are superb films. I think Heath Ledger”s performance of the Joker is beyond reproach and he should get an Oscar nomination for his part. Director Christopher Nolan is also in top form and if his vision was to make the Dark Knight (both the film and the character) truly darker then he”s succeeded. Though I liked Tim Burton”s adaptations of the Batman character, I prefer Nolan”s. This coming from the person who brought us “Memento”, should we expect any less?

“The Dark Knight” focuses on the same characters and brings in a few new ones to the mix (oddly enough the Joker and Two Face were both characters in the earlier batman films played by Jack Nicholson and Tommy Lee Jones respectively). The Rachel Dawes character is now being portrayed by Maggie Gyllenhaal (take that Katie Holmes). The plot is painstakingly simple in that Batman (Christian Bale) is helping Lt. Gordon (Gary Oldman) and newly appointed District Attorney Harvey Dent (Aaron Eckhart) fight the war on crime. All is going well until Gotham sees the rise of an evil crime lord known as the Joker (Heath Ledger). The Joker is relentless in the damage he can cause and has no qualms about the trail of bodies that he leaves in his wake. Will Batman be able to fight off the Joker? Will Batman”s billionaire alter-ego be found out? Will there be new Bat toys for us to fawn over? All the answers are contained in “The Dark Knight”.

Yes, as tongue in cheek as the review was, I really enjoyed “The Dark Knight”. I don”t think it”s worthy of grossing a billion dollars worldwide but Warner Brothers is happy with it and I”m sure it”ll clean up in the technical categories come Oscar time. How big is the movie, really? Well, Warner bumped the new Harry Potter movie from a holiday opening to next summer if that tells you anything. And we”re talking “Harry Potter” here! All of the performances are great and we get a bit more history of Batman and the world in which he lives. Ultimately I think the film will be remembered for the story though right now the death of Heath Ledger is still fresh on everyone”s mind. All that aside, the “new” Batman franchise is among us and I”ve no doubt that we”ll see more and more of the caped crusader as the years pass. To say that this Blu-ray is one of the most anticipated of the year is an understatement; this just might be the biggest selling home video title of all-time.

Since this is the same disc as before (only in a Steel-Book case), expect the same great image as before. By now I’m sure most fans will know that there is a change in aspect ratio of the Imax sequences. I’ve seen the film more times than I can count, so this wasn’t a problem to me, but it will probably throw some viewers off at first. Basically, in some scenes the entire screen is filled while the majority of the film is in a 2.40:1 ratio. This is a flawless transfer, though. Colors are strong and bold, facial features are spot-on. Check out the joker’s fingers in a few scenes and you can see he has some makeup on them. The joker’s hair also appears to have a greenish tint in a few scenes as well. His makeup runs throughout the course of the film and it was fun to watch it change too. A lot of the film is at night, but fear not, things are still sharp and consistent. The print is pristine with no flaws or grain to speak of. No worries here, this transfer delivers

The Dolby True HD track is also impressive. I shouldn’t have to tell you how nice it sounds, but it leaves no stone unturned, so to speak. This is a busy film almost from beginning to end. The track is constantly busy with big action sequences, explosions, you name it, it’s all here. Vocals were always clean sounding and the action sequences give a nice rumble throughout. It’ll be sure to rattle some furniture and maybe knock a picture or two off the wall (you’ve been warned).

There are a few versions out there and even a few Steel-Book editions as well, so choose carefully. The edition here features Batman on the front with the building burning in the background displaying the Bat-Logo and “The Dark Knight” at the top. A shot of the Joker takes up the back cover and the inner art includes Batman on the Bat-pod. This is a 2 disc set and the digital copy disc has been omitted from this version. There are still tons of extras to go through here, so let’s take a look.