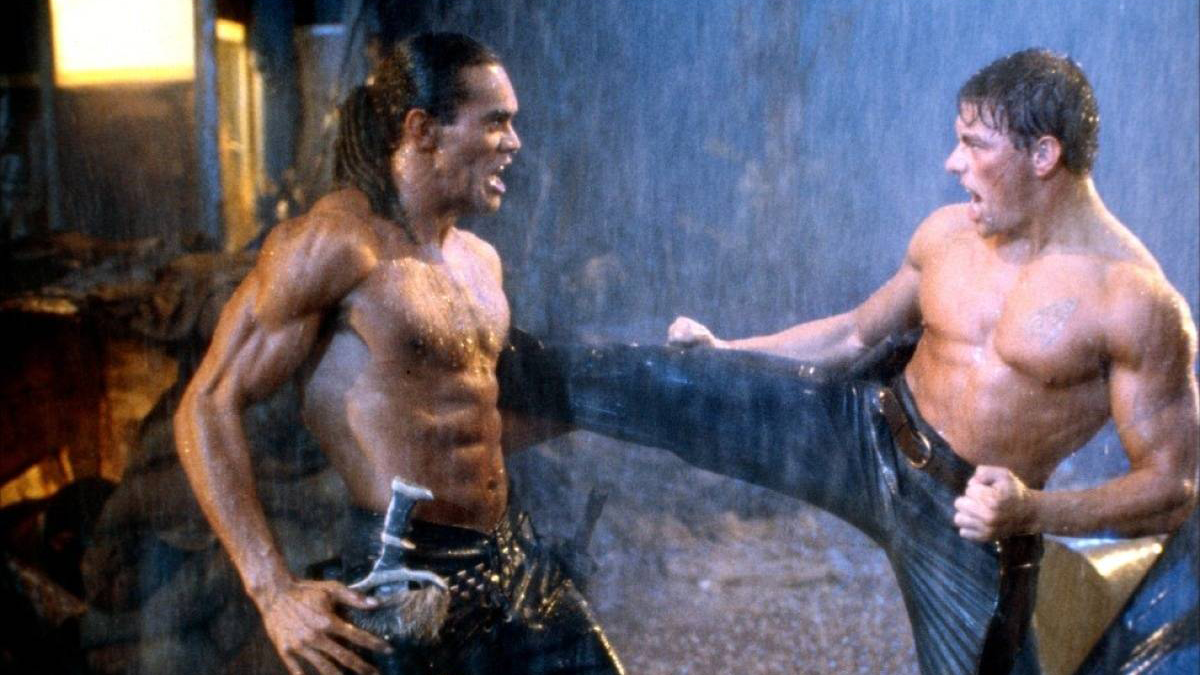 I love a good action flick and when it’s said that they don’t make them like they used to then this film can be used as example. It’s lean, mean and to the point. The plot is simple enough that there’s little time for exposition. It has Jean-Claude Van Damme at the center along with an R rating. Flicks like these were a dime a dozen at one time. Ultimately I don’t feel this is a top tier action flick, it still more than satisfies in what it sets out to do. This new Blu-Ray from Scream Factory has given the film a beautiful new 2K scan as well as some quality features. We’ll talk more about all that in a bit, but let’s discuss the film a bit more first.

We begin in New York City where we’re told it’s the future. A plague has broken out, but one Cyborg, Pearl (Dayle Haddon) has a vaccine. Unfortunately, a gang of rough pirates, hopes to stop the cyborg on her journey to Atlanta and keep the antidote to themselves and essentially rule the world. Pearl has an encounter with Gibson Rickenbacker (Van Damme) and she’s able to detect that she can trust him. Pearl and Gibson are now on the path to Atlanta together, but the pirates are quick on their tail. Fender (Vincent Klyn) is the leader and our main villain. We also learn through various quick-cut flashbacks that he’s responsible for the death of Gibson’s family. This gives Gibson a personal vendetta against Fender. That’s about all we get in terms of plot, but it’s more than enough to carry the film. This is more about the destination and the action than plot itself. To be fair, outside of Gibson, we’re not treated to a ton of character development, but I don’t think it harms the film. There are several action scenes that add a punch to the film as well as some pretty intense chase scenes in which our main character seems gravely outnumbered. The film begins almost as quickly as it begins.

Much has been said about the alternate cut of the film and the various cuts and changes made. Sadly, none of that footage has found its way to this disc. I have never see the alternate version (Which is available through the director himself), but feel satisfied with the final cut. I will say that as I sat and watched this film, once it ended it didn’t resonate with me. I still think I’ll return to it from time to time, but it did mostly evaporate from my memory. I’m giving it a recommendation, however, because it entertained me as I was watching it. There’s not a ton of dialogue to carry the film, but I was invested enough in the lead characters and their journey to keep me into it. Some of the fight scenes, especially at the end did become a little silly. Fender and Gibson share endless grunts back and forth that it was hard not to smirk a little bit. I enjoyed Cyborg as I watched it and for that I feel good enough giving it a pass.

Given a brand new 2K scan, right off the bat I was amazed at how clean the film looked. It honestly looked as good as a modern action film. You would think it was made today. The image is AVC encoded with a 1.85:1 ratio. Fans will be delighted by how strong the image quality is here. Really, outside of a few small instances of grain, I have little to complain about it. Colors and details are always strong, and the print is nearly pristine from top to bottom. They did a wonderful job cleaning the film up.

We’re treated to a DTS HD 2.0 track, but it never feels limited at all. Vocals (the few of them there are) are clear, but the action scenes gives us the punch we’ve come to expect. I admit that I had to keep the remote handy to adjust the volume as it varied from quieter scenes to louder, action sequences, but this delivers the goods for sure.

Cyborg is a great little action film with small traces of Sci-Fi elements. The plot never gets bogged down in needless exposition. It moves along at a fast pace and delivers plenty of intense action sequences. It’s not one of the best action flicks I’ve ever seen, but it kept me entertained. The new Blu-Ray delivers the goods all across the board. It’s a shame that the alternate cut wasn’t included here, but everything else is first-rate. Recommended. 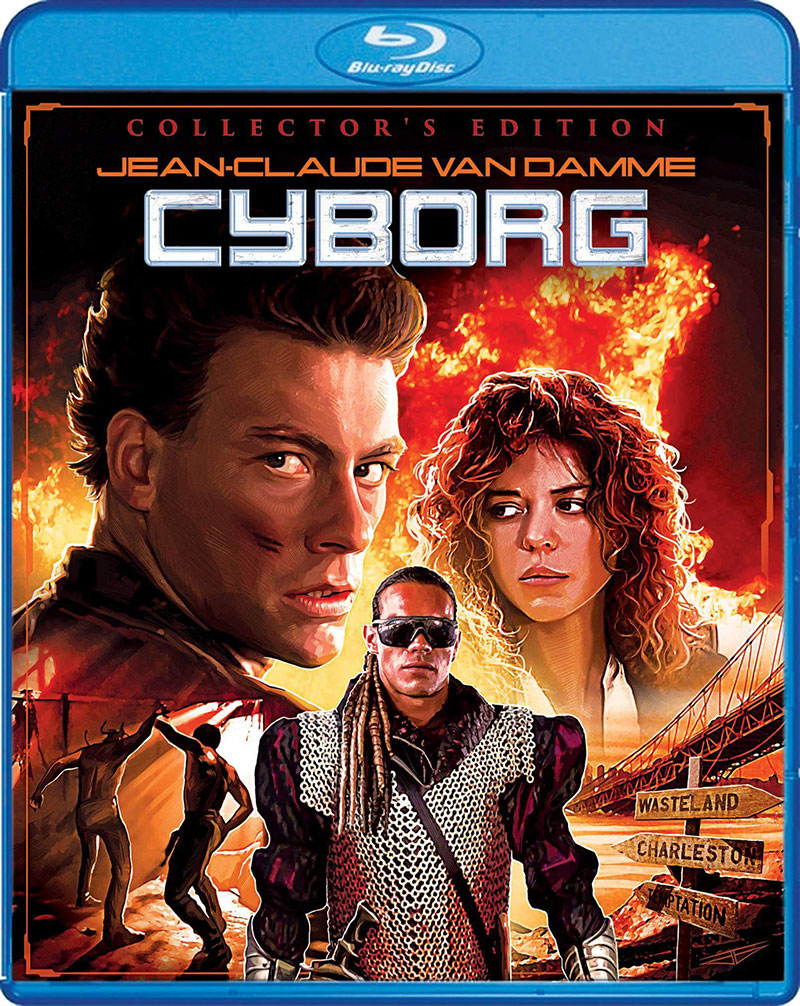