Nick Elliot (Cary Elwes) needs somewhere to live, but his journalism career demands a place that offers peace and quiet, somewhere he can work without disruptions every five minutes. After some looking around it seems like he has found the perfect place in the form of the guest house behind the home of Cliff & Liv Forrester (Kurtwood Smith & Gwynyth Walsh). His new home is quite nice and after some cleaning and straightening he manages to turn the place into a home he can relax and work in. He soon becomes familiar with the daughter of the family, Adrian (Alicia Silverstone) who appears to be a beautiful but spoiled fourteen year old girl. Adrian takes a liking to Nick and the two strike up a sort of friendship, as Nick tells her some personal information and Adrian does the same. Nick thinks this is all innocent of course, but he soon realizes this is much more than that as Adrian tries to become more than friends. When he tries to push her away she becomes very upset and when Nick brings home a female friend, it sends Adrian into a jealous rage. Adrian is used to getting what she wants, so how far will she go to make sure Nick becomes hers?

While the storyline seems like a darker episode from The Baby-Sitters Club, this movie is actually very dark at times and stands as a superb overall thriller. I’m sure many will rent this hoping to see some skin on a very young Alicia Silverstone, but those folks will be sent home displeased as very little nudity occurs and when it does, its a body double. So while horndogs in need of flesh will be unhappy, fans of well executed thrillers should be quite pleased with this one. As with all suspense/thrillers you’ll need to suspend disbelief at times, but with such a realistic storyline not as much as you might think. Alicia Silverstone is brilliant (yes, I just said that) in her debut role and makes this movie work all by herself. She has a nice supporting cast around here, but there isn’t a scene in this movie she doesn’t own. The writing is very good on the level and the directing is also solid. While some might balk at a thriller with a fourteen year old girl as the villain, but after seeing this movie they might chance their minds. I recommend this as a rental to first time viewers, but fans will want to scoop this one up right away for their personal collections.

This film was written and directed by Alan Shapiro, who comes through well on both fronts with this movie. While he doesn’t have many films to his credit, Shapiro shows no traces of inexperience in this film, rather he shows a flair which makes him seem like a wily veteran. Along with director of photography Bruce Surtees, Shapiro creates a dynamic visual atmosphere for this movie and one that fits the characters and events to perfection. Surtees uses angles and placements very well in this film, especially when Silverstone is present and this adds so much depth and polish to the movie. The visuals are very good, but they never distract you from the story at any time and if they do, it is intentional. If you want to see more of Shapiro’s films you only have one feature film to choose from, Flipper which is worth a look if you like family comedies. This movie features the debut performance of Alicia Silverstone (Clueless, Blast From The Past), who commands this film from start to finish and sent herself into the realm of stardom. Silverstone owns all the scenes she is in and basically owns this entire motion picture, to be honest. The supporting cast includes Cary Elwes (Kiss The Girls, The Princess Bride), Jennifer Rubin (A Nightmare On Elm Street 3: Dream Warriors), Amber Benson (Can’t Hardly Wait, S.F.W.), Kurtwood Smith (To Die For, Deep Impact), and Gwynyth Walsh (The Portrait).

Admittedly, it’s been a while since I’ve seen this movie. In fact, I think it was when it came to home video on the (gasp) VHS format! Yep, it’s been a while. That said, the 1.85:1 AVC HD image looks better than the last time I saw it (and I haven’t used a VCR in about a decade, so there’ll be no comparisons), though as far as overall image quality goes – it does leave a bit to be desired.  Colors are generally strong and bold, I found the whites to be a bit on the “blooming” side in a few scenes. There is a fair amount of grain in the image as well. That said, the detail that’s associated with a Blu-ray does help the film and though it’s not the shining example of what a Blu-ray should look like – it’s really not that bad. A movie as camp as this shouldn’t look like a million bucks, if you want my opinion.

In a bit of a twist, we’re greeted with the following text prior to the film’s beginning “The audio on The Crush has a phasing issue. It can be heard on the previous DVD release as well. We searched for alternate audio but they all had the same issue.” I don’t really know what a “phasing issue” is and they didn’t go into any more detail than that. That said, I was generally pleased with the included DTS HD Master Audio soundtrack. Like the video for the film, it’s nothing that will leave a lasting impression and it sports strong vocals, some ambient surround effects with the rest in the front stage. After giving the film a view, I still wasn’t able to spot any discernible issues, but I won’t (and didn’t) lose any sleep over it. The only thing that comes close in comparison is on a few of the Star Trek: The Next Generation episodes, I remember reading a message saying that a few seconds of the episode were not converted to HD.” Then again, being visual – that was a lot easier to spot.

It’s amazing how fast time flies. I remember when this movie came out, you couldn’t turn your head without seeing Alicia Silverstone’s face (be it in an Aerosmith video or on television). Well, those days are past, but we’ve got this little gem from the ’90’s to remember Silverstone’s glory days.  The Blu-ray offers passable video and audio as well as a trio of new supplements. This might not be the pristine examples that Criterion is turning out, but you’ve got to give Shout! Factory some credit. 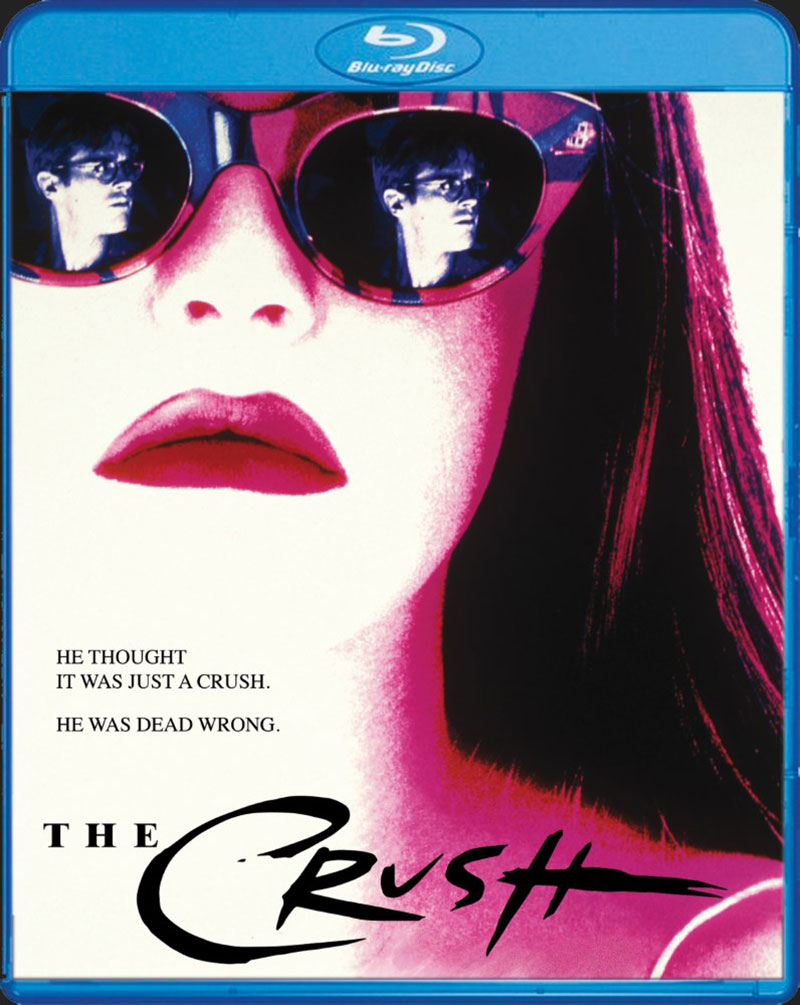