I really wasn’t sure what to expect with Crooked House before sitting down to watch it. I hadn’t heard of it, and probably would’ve skipped it all together if it didn’t need to be reviewed. I love a good mystery, especially a whodunit, but I can’t say this one looked intriguing to me. Really, this raised more of a “Who cares?” out of me than anything else, but I’ll get to that in a minute. It should please Agatha Christie fans, but I was left bored and unmoved by much of this as I just sat there waiting for the thing to end.

The basic premise at least seems promising. A wealthy entrepreneur has just died under what might seem like normal circumstances at first. It isn’t until further analysis that questions need to be answered. The official cause of death is cited as heart trouble, but Sophia (Stefanie Martini) doesn’t buy it. She suspects foul play. The death at hand is Aristide Leonides, Sophia’s grandfather. She enlists the help of private eye, Charles Hayward (Max Irons) to help her out. He isn’t overly eager at first, wondering what exactly he’s doing there, but does agree to help. He goes to the estate of Leonides to seek the answers. We’re then introduced to more than a handful of characters who are all suspects and need to be questioned by Hayward. This setup isn’t the most original out there. In fact, Christie’s other Murder on the Orient Express followed a similar structure, but confined to a train. We just had the remake a few months ago, but that film at least had a colorful and more interesting cast. I cared nothing about the countless characters here. I won’t bother to describe them. For that, one can read the lengthy description on the back of the Blu-Ray case for this film.

We get performances from Glenn Close, Terrance Stamp and Gillian Anderson to name a few, but they all failed to make an impression on me. Once we realize the way the film proceeds from one character to the next, you’re either on board with all this or you’re not. Unfortunately I was not. I just couldn’t bring myself to care about any of it. I think the problem might be the central mystery isn’t really that intriguing or the film is mostly a bore and didn’t maintain my interest. Regardless, I feel the film was a big waste of time and talent for all parties involved. I can appreciate the look and style to some extent, but when the story doesn’t hook you, it’s mostly a tough sit.

Visually speaking, the film works, so this transfer does present it well. We get an AVC encoded 2.39:1 transfer that stays strong throughout the film. Colors were accurate and the print pristine. Clothing and flesh tones as well as background shots were all well-defined. There’s a naturalness to this that should please the fans.

The DTS HD track suits the film well. This film is heavy on dialogue, so as long as one has an idea of what to expect, they should be pleased. There were occasions where the rear channels kicked in, so that helped add to the overall atmosphere as well. The track accompanies the film well.

I tried and tried, but just couldn’t get into Crooked House. I think there are just so many better films in this genre that this can be easily skipped. The central premise does show some promise, but the execution is boring and slow. 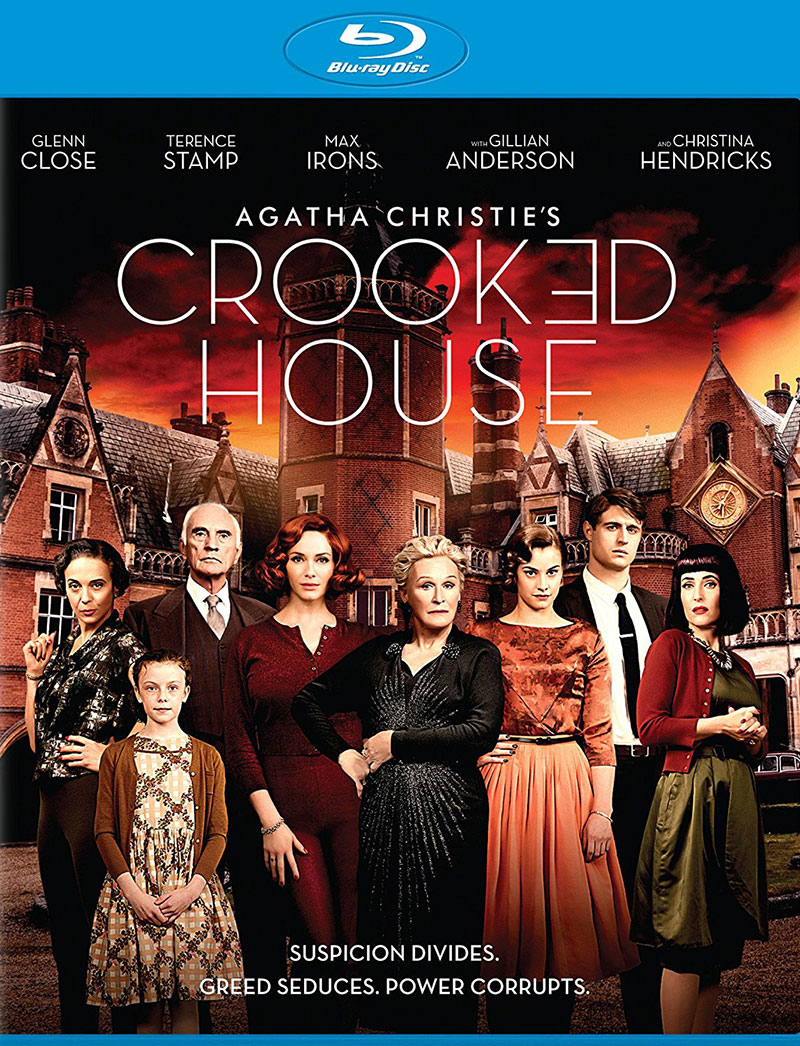