I need to read more. It would seem that every good movie stems from an equally good novel. It would also seem that every good novel doesn’t always produce a good movie. As it happens, Crazy Rich Asians was both. The film took in nearly 6 times its budget of $30million and odds are that we’ll see a sequel, even if the novel might not merit it. This was one of the jewels in Warner’s (2018) crown with high-performing films like The Meg, A Star is Born, Ocean’s 8 and Ready Player One just to name a few. Somewhat breaking convention of the “rom-com” genre, Crazy Rich Asians takes a new approach and it appears to have worked. There are no happy misunderstandings between the two leads and no cutesy meetups that happen just in the nick of time. It’s got funny parts, to be sure, but it’s the events leading up to them that make this one memorable.

Rachel Chu (Constance Wu) is an Economics Professor at NYU. She and boyfriend, Nick (Henry Golding) go to Singapore for his best friend’s wedding. It also represents a chance for her to meet Nick’s family. As it so happens, they’re insanely wealthy and don’t have any qualms about letting everyone know it. Nick’s mother, Eleanor (Michelle Yeoh), doesn’t try too hard to hide her disdain for Rachel and Nick and even goes so far as to classify Rachel as “Chinese-American not Chinese” – this is something that is akin to a cardinal sin. She’s also suspicious that Rachel will lead Nick astray from the family business; one which he is expected to take over.  If the first hour is all about humor and how Rachel deals with this newfound knowledge, the latter half takes on a much more serious tone.

Despite some of the talent involved, this might appear to be a comedy. It is. And it isn’t. Strong performances from all the leads and a few familiar faces add some depth to an already strong film. If nothing else, it’s got some amazing and beautiful scenery of Singapore, a place where my parents just visited and can’t stop talking about. The lush visuals are a perfect compliment to the somewhat drab and “boring” life in New York City! The main draw here is the chemistry between Constance Wu and Henry Golding. These two work well together and it wouldn’t surprise me to see them cast together again. If rom-com’s aren’t a genre that’s up your particular alley, this one might actually fit the bill. It’s got elements that make other films great and it elevates this one above the rest.

A new to the format movie finds Crazy Rich Asians looking swell on Blu-ray. The 2.39:1 AVC HD encode showcases anything and everything that is Singapore and having never been there myself, I’ll have to assume this is what it looks like. That said, there’s really nothing to dislike here as the disc is exactly as we’d expect. Contrast is strong and balanced, detail is tack sharp and visuals, on the whole, have a glossy, sheen effect that really gives the film a real “film” look (it was shot digitally, of course). Aside from a few minor imperfections, this is just as we’d like to see all Blu-ray’s – spot on with little or nothing to complain about.

The included DTS HD Master Audio soundtrack has a few moments that really show off what the format is capable of, but by and large, this is about the only thing that falls into the rom-com genre. Vocals are pure, rich and crisp – everything that we’d expect from a new to Blu-ray film. Surrounds offer some added exuberance that heightens the mood of some selected scenes. It’s a good-sounding mix that’s sure to please, but it’s not one that will test the limits of your system – by any stretch.

I went into this film not knowing what to expect and when I don’t know what to expect, I expect to dislike it. That doesn’t make sense, but it’s the way I think. As it turns out, I was pleasantly surprised with the film and how enjoyable it really was. Evidently, filmgoers felt the same. It’s not all laughs, though. The Blu-ray looks and sounds good, but is a bit lacking in the supplemental department. 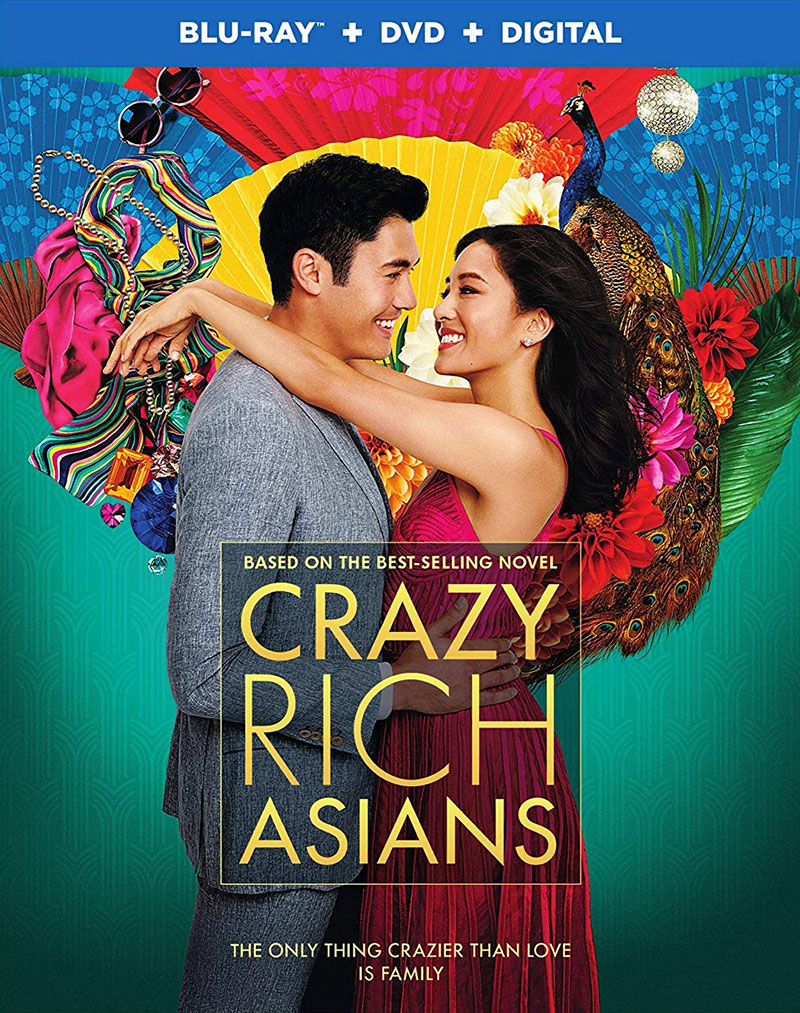