Countdown borrows from several other (and better) films, notably Gore Verbinski’s 2002 horror The Ring. If, by some chance, that one has eluded you then don’t watch Countdown. Watch The Ring instead. And if you want a synopsis of what to expect there, essentially anyone who watches a videotape has exactly seven days to live. That’s the premise with this film, only it borrows from a few other films as well, like the Final Destination movies. It’s a timely movie. It’s “current.” And it’ll be dated a few years from now. My wife, who watched this with me, said “I wonder what kind of movies they’ll make in 15 years when the phone apps die out?” And it got me to thinking – yeah, this really is the type of film you won’t see in a few years. But Universal sent me a copy and they want coverage, so let’s download that app and see how long we’ve got left to live.

Quinn Harris (Elizabeth Lail) is a young nurse who, at a party, downloads and app – you guessed it – it’s called “Countdown.” Once installed it gives the user a clock as to how long they’ve got left to live. Others have 20, 30 or 50 years left but Quinn’s clock is only a couple of days. Add to that, she’s being sexually harassed by her boss, Dr. Sullivan (Peter Facinelli) which doesn’t make her last days that appealing. Quinn finds solace in Matt (Jordan Calloway), someone else who’s downloaded the app and himself has only a few days to live. Stalked by shadowy figures, the duo try to enlist the help of a smartass cell phone store owner (Tom Segura) before finally finding some spiritual hope in the hands of a scene-stealing priest (P.J. Byrne).

At a scant 85 minutes, there could (and should) have been a bit more development in the plot. But that’s overlooked by a lot of unnecessary jump scares. We also learn that Quinn’s mother was killed by a drunk driver and her younger sister has also downloaded the app. If the intent was to get us to feel sympathy for the lead, it failed. As mentioned above, there’s nothing really new and/or original here. It’s just a rehash of other, more successful films. Unlike The Ring, which still scares the hell out of me to this day, this one left me looking at the clock. And that’s saying something for a movie that’s just a few minutes over an hour.

I will say that Countdown does look gorgeous on Blu-ray. I was hard-pressed to find any artifacting, blemishes or anything that would detract from a reference-quality picture. It’s gorgeous. Even steeped in shadowy scenes and dimly-lit interiors the image still manages to shine. Contrast is strong, detail is amazing. I’m running out of things to say. It’s a shame that better films don’t look this good.

I suppose we can classify this genre as horror and, as such, there must be a certain amount of jump scares. It seems that every time a character gets into a car, someone comes knocking on the window. This is, of course, accompanied by a loud noise that’s meant to scare the viewer. And it works – once. That aside, the DTS HD Master Audio track doesn’t have a lot of opportunities to shine. Vocals are fine, nothing new or exciting here. Surrounds offer up some atmosphere during the third act and I think the LFE got involved a few times. A basic offering that doesn’t really excel.

Unfortunately (or maybe fortunately, depending on your point of view), this disc contains no extras. Not even a trailer.

Believe it or not, this film has a genre. But there are far better films within it to watch. Countdown isn’t horrible, it’s just uninspired. And almost immediately dated. It’s also a tad bit predictable and sets up a sequel which will most likely never see the light of day. Still, if you’re in a pinch or want something to pass the time on a rainy afternoon you could do a lot worse. 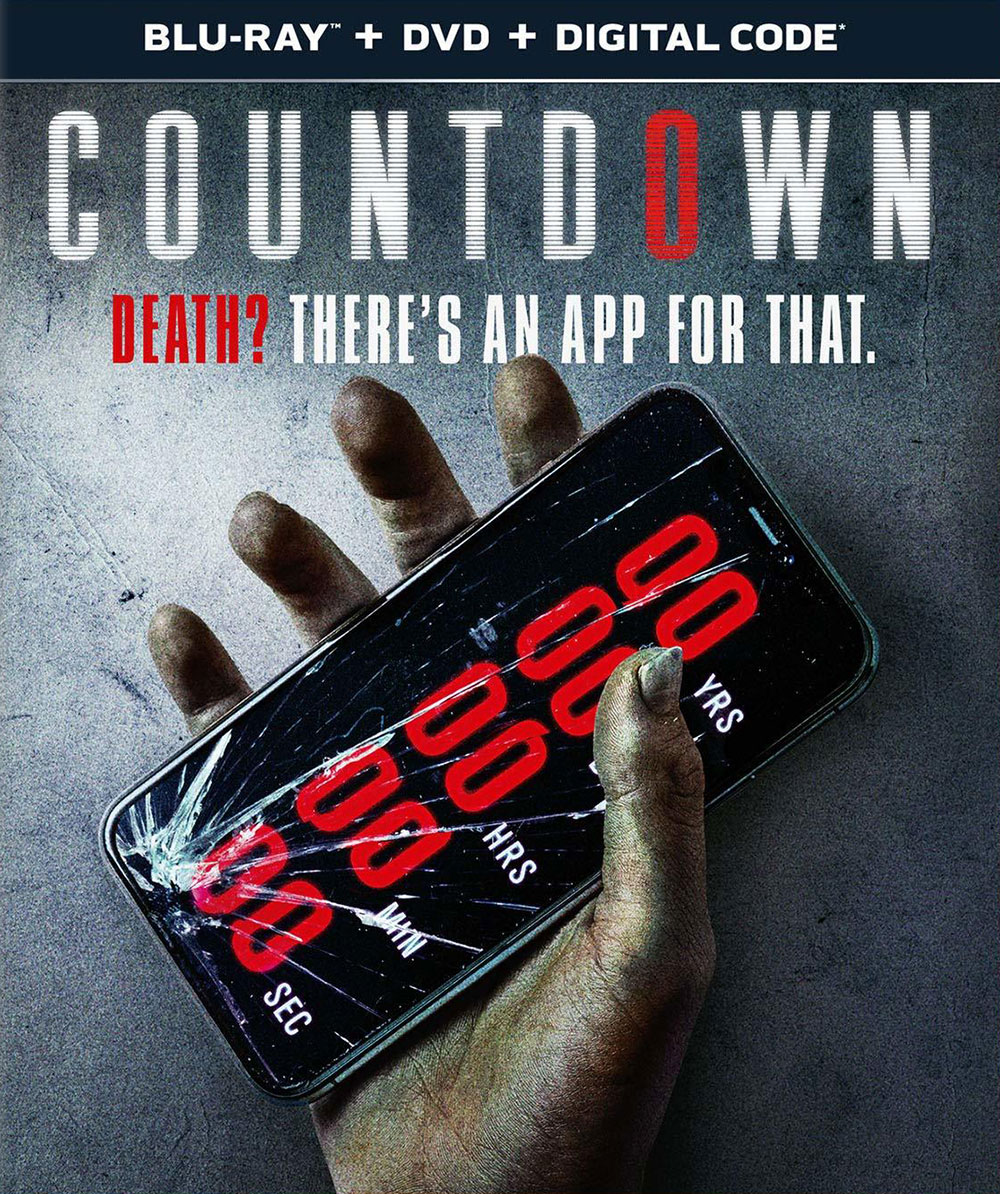