Two young boys, Travis (James Freedson-Jackson) and Harrison (Hays Wellford) are walking through a field one day when they stumble onto an abandoned cop car. They’re curious (as kids often are) about it, and one of the boys dares the other to touch it. It doesn’t take long before the boys get in the car and start driving around aimlessly. We then see the events leading up to the car being stranded. Sheriff Kretzer (Kevin Bacon) is seen taking a body from the trunk of the car and burying it out in the woods. As he’s walking back to the car, he realizes it’s gone. We then see him radio in to the station trying to figure out exactly what is going on and find the location of the cop car. We then get scenes of the boys fooling around, driving in the car and various other things. They then hear a scream from the back of the trunk. There’s a wounded man tied up in the back of the trunk. We don’t learn much about him, but it’s obvious there’s a connection between him and Sheriff Kretzer. The boys eventually let the man out of the truck and he then locks them in the back of the cop car in order to lure Kretzer to them. The movie then turns into a game of cat and mouse as the sheriff tries to locate the boys and his car before anyone else does.

I realize that the film sounds very plotted, but in truth, it’s a lot simpler than the description sounds. If anything, it could’ve used a bit more explanation and resolution than what’s ultimately given. There may be similarities drawn between films such as Mud, Stand by Me and a touch of No Country for Old Men. Sadly, the quality here doesn’t come close to those films, but it can still be perfectly entertaining at times, and builds serious tension in several scenes. My issues stem from the hurried final act where a silly chase ensues and the movie simply ends without solving much of anything. I ended up having more questions than answers. We only learn pieces of the handful of characters we’re introduced to, but it’s not enough to satisfy. There’s simply too much here that’s left unfinished. I don’t expect a tidy ending wrapped in a bow, but I do expect SOME ending. I knew the running time was reaching the end and there was still far too much explaining that the film hadn’t done. We get so invested that it feels like something of a cheat to not offer any sense of closure or reason to care about what we’ve just witnessed. If this was a show you’d see on TV, you’d expect to see a “To be continued” tag at the end of it. All of this leaves me a bit perplexed. I want to offer a final word on whether to see the film or not, but I’m torn. The setup is simple and intriguing, but the payoff is less than satisfying. It might make for a decent rental one night, but there are far better films like this that I’d recommend before this one.

Universal continues to do fine work as this transfer is never less than satisfying. Colors are nice and smooth and the film lends itself nicely to the HD format with the wide scope of things. A character goes through all of his scenes with a bloody face, and the details are always nicely distinguished. The image is AVC encoded with a 2.39:1 ratio. Fans will be pleased.

Also strong is the DTS HD track. While the film is mostly dialogue driven, there are still many action scenes that take things up quite a bit. It shows great range throughout as the rear channels got plenty of usage. When the shots started going off, you could feel the track start to engage you more. Like the transfer, this track pleases and accompanies the film well.

This is where Universal drops the ball. They’ve really been slacking with their features lately, and this is another frustrating step in that trend. Also worth noting is that they didn’t include a DVD copy with this release, only a voucher for a digital code.

You’ve probably heard nothing but praise for this film. It’s hard to argue with most of that, but the film ultimately comes up short due to its hurried and unsatisfying resolution. I left with more questions than answers, and that became frustrating. It’s a worthy rental, though. The disc looks and sounds great, but the lack of solid extras hurts it. 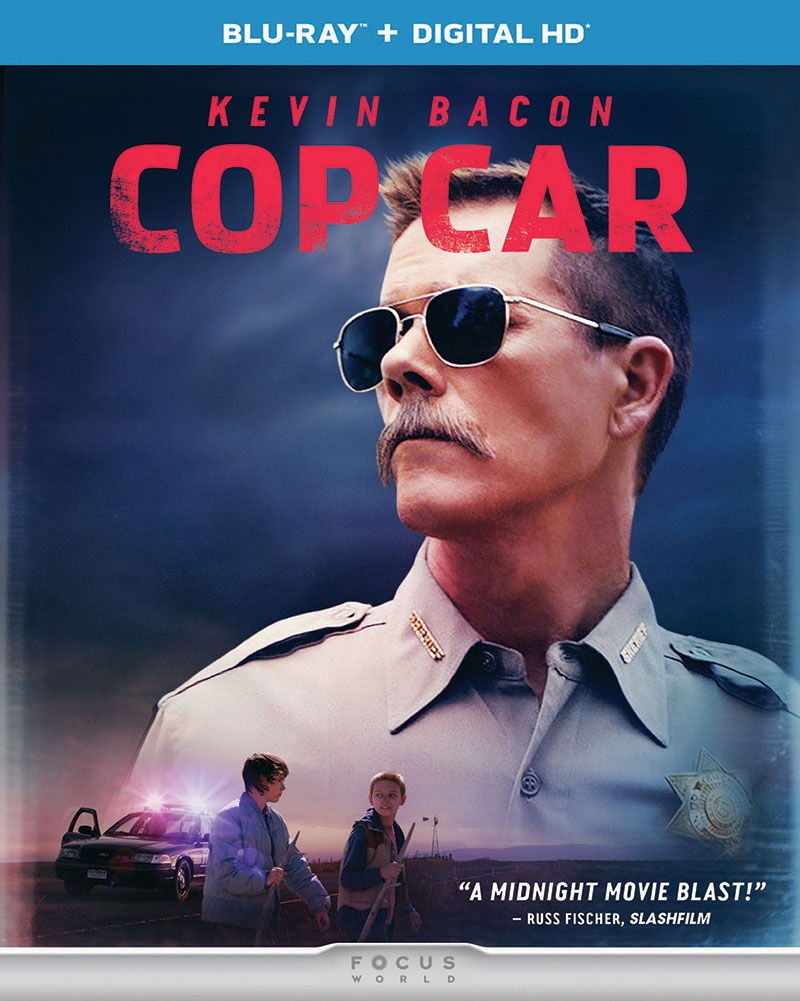