Prince Akeem (Eddie Murphy) is the heir to the throne of Zamuna, which means down the road, he will rule over Africa’s richest nation. He has all the luxuries a man could want, including women who fall at his feet because of his social status. But to Akeem, this isn’t the kind of love he wants, but his parents follow the traditions of Zamunda, which means an arranged marriage will soon have to take place. Akeem wants to find a woman who loves him for who he is on the inside, not because he is rich or royalty, but in his native Zamunda, that would be impossible. So Akeem decides to take drastic measures and travels to America, joined by his right hand man Semmi (Arsenio Hall). After all, if there is a place in the world to find a worthy companion, it would be Queens, right? Akeem tries to blend in and hide his roots, but he still stands out at times. Can he find true love and even if he does, how will things change when the truth is revealed?

Whenever I think of Coming to America, I think of Trading Places. Eddie Murphy heads up both films, John Landis helmed both, and of course, the Dukes even show up in both. But both are also hilarious and have the same kind of sense of humor, so if you like one, you’ll probably like both. I prefer Trading Places, but Coming to America more than holds its own. While not populated with as many memorable characters, we do get to see countless roles played by the same actors. These days we’re used to seeing Murphy buried under makeup and prosthetics, but here it seems fresh and of course, Murphy shines even in these varied personas. The story here is pretty basic, fish out of water type stuff, but it works. The writing is great and provides some quotable lines, while the cast is also good, especially Murphy, of course.

It’s now been three decades since the world was first graced with this film. As such we get a…basic re-packaging of what’s been available for a decade. Paramount’s 1.85:1 AVC HD image hasn’t undergone any remastering and the film is really starting to show its age. Of course, the film’s visual style is very dated and reeks of the ’80s, but the materials have been well presented in this release, which is a relief. The bold, vibrant colors of the ’80s look as tacky as ever, which is good news of course, while flesh tones seem natural and warm also. A few of the darker scenes some show grain, but still look decent and most of the time, contrast is more than solid. This one won’t win any awards for detail depth or pristine elements, but I am sure fans will be quite satisfied here.

Like Trading Places, this doesn’t even feature a new DTS HD Master Audio mix. It’s the same audio track we got on the old DVD – Dolby Digital 5.1. I mean, don’t expect the power of an action flick by any means, but as far as the material’s needs, this option is more than adequate in all respects. The music comes through well, though it lacks the oomph I’d like at times, no real issues, however. The various sound effects surface in decent form also, though remember that this is not an impact driven audio experience by any means. The vocals are sharp and refined here, with no volume errors to contend with in the least.

Again, these extras are interesting, but there’s nothing new here. They literally just took the disc from 2008 and put it in a new case with some new cover art. I don’t feel the need to re-invent the wheel here – we know what to expect and these were covered in our original review.

There’s no denying the long-lasting appeal of this film. It showcased the talents of Eddie Murphy and finished off what was a very successful decade for the actor/comedian. Paramount’s Blu-ray is somewhat of a disappointment. It’s the same disc we’ve had for the last ten years with no new supplements, no upgraded video or audio and simply some new cover art (and a UV code, if that matters). If you have the 2008 disc, there is absolutely no reason to get this version. 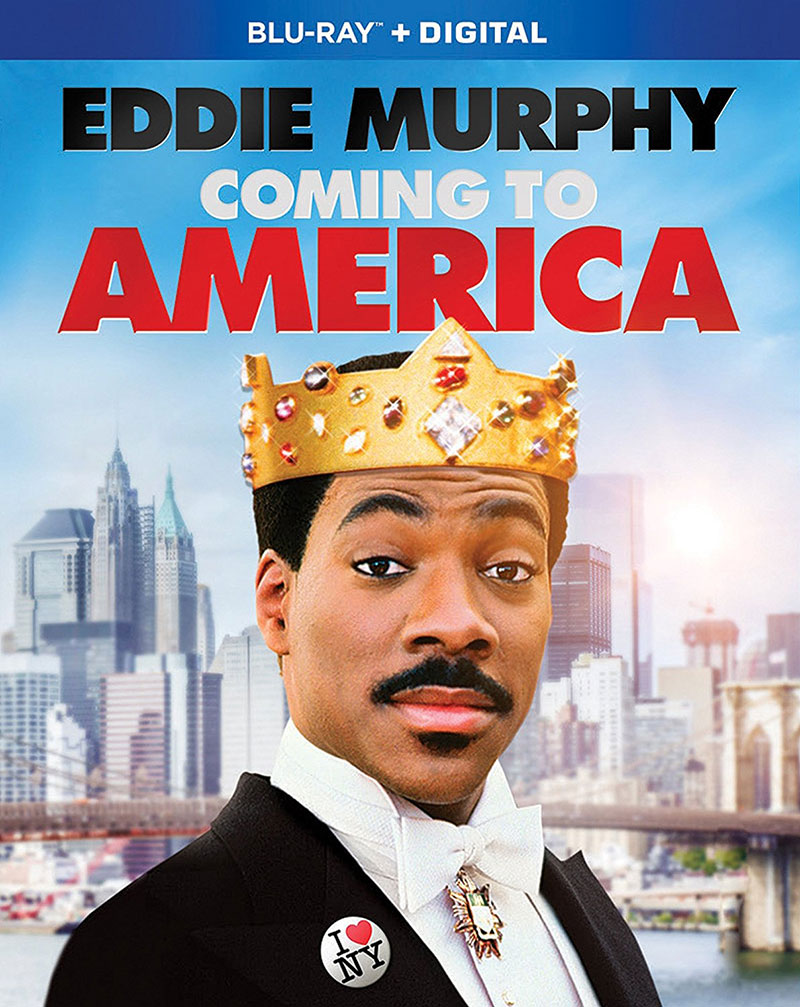