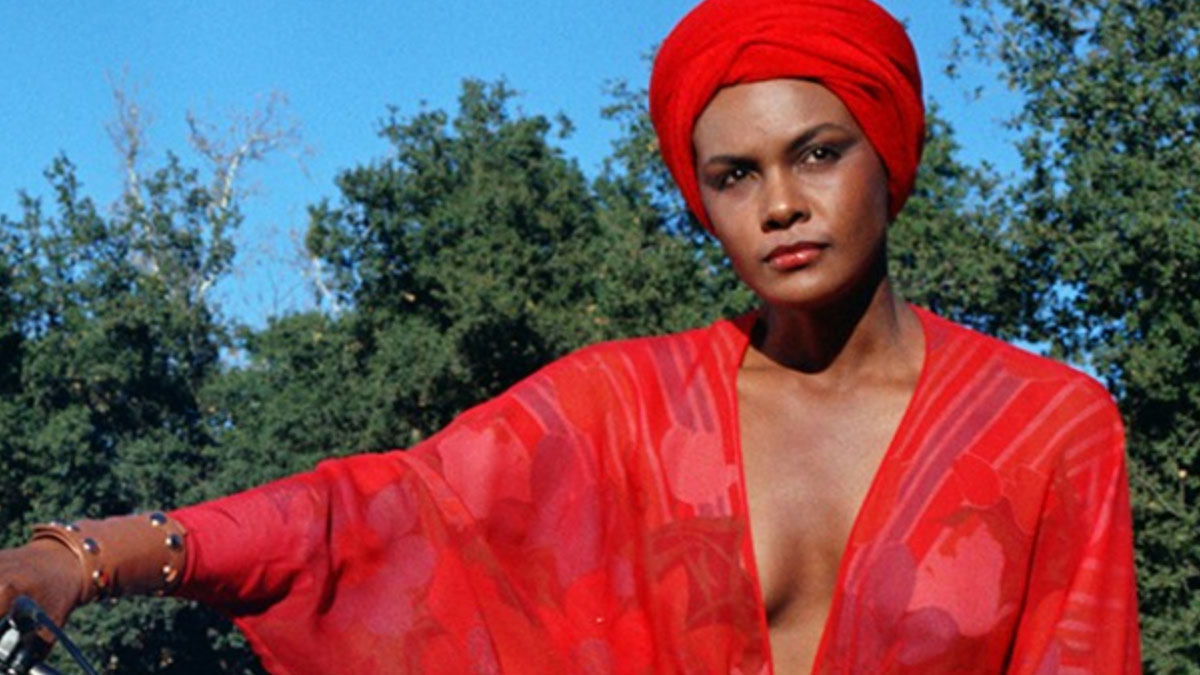 Cleopatra Jones (Tamara Dobson) burns thirty million dollars’ worth of poppies in a field in a distant country. This makes Mommy (Shelley Winters) very angry and she plans revenge on Cleopatra. Back home, some police make a raid on a house called the B and S house. They bust all the windows and plant some dope on Jimmy. He denies having the stuff to Reuben (Bernie Casey.) This raid makes the chief Lou angry because he had not approved it. At the airport, Cleopatra uses her karate skills to fight some attackers. One is shot. She shows the alarmed police her badge that shows she is a special agent. She calls Lou upset about the bust. She meets up with Lou and tells them to lay off the B and S house. She meets with Reuben and she advises against the use of violence to defend the house. She asks for seventy-two hours to clear up all the trouble. Cleopatra soon finds herself fighting off Mommy’s hitmen while discovering corruption on the force.

Cleopatra Jones is essentially the blaxploitation answer to James Bond. She’s a globetrotting ass kicker that has a license to kill, a sweet car, a beautiful Afro, and ties to the secret service. The key difference is that Cleopatra’s issues she resolves impact her neighborhood instead of impacting the whole world. At the time the film was made, urban centers were facing a heroin epidemic (much like today.) Therefore, it makes sense that heroin and corrupt police were the evils she faced instead of a world domination plot. Cleopatra Jones is played by the dynamic Tamara Dobson. She turns in a solid performance although she never quite seems as bad to the bone as my personal favorite Pam Grier. She does good work in the film and is enjoyable to watch. Bernie Casey is well cast in his supporting role but is not given a ton to do in the film.

The film has a fantastic villain thanks to a truly over the top performance by Shelley Winters. I can’t tell how many of Mommy’s lines and actions were in the original script, but Shelley Winters plays Mommy to the hilt. She speaks in the third person and portrays Mommy as having some lesbian tendencies that are never fully explored in the film. She says lines like, “Ursula, you’re the only one who knows what Mommy wants.” Every time she is on screen the film soars.

If there was a blaxploitation film I would compare Cleopatra Jones to, it would be Sheba, Baby. Both films feel like blaxploitation lite in the sense that they were made for a solid PG rating and the plots are not very exploitative. There is no real sex or nudity and the violence is not far off from what kids watch on television. Fans of grittier fare may be disappointed by this, but there is still so much to like.

Here are just a few things I noticed and enjoyed:

these are just a few of the pleasures the film has to offer in its short runtime.

The film features a fun and funky score that borrows a lot from Mayfield and Hayes. The score is by J.J. Johnson is a lot of fun and is great for the film. The direction by Jack Starrett is stable if not incredibly inventive. The film looks and sounds right.

These types of films are a trip back into the past and I always find them enjoyable. This movie is fairly tame but still very entertaining. The most controversial aspect of the film is that it ends with a white guy putting up a black power fist. This joke probably wouldn’t fly today. Fans of the genre will want to add the movie to their collection.

Warner have done an excellent job on the restoration of the film with a new 2K scan from the original elements. Presented in 2.40:1 aspect ratio with an MPEG-4 AVC encode, the film looks great. There is a fine level of grain. Fine detail is excellent and the film is very colorful. The print was in great shape and this is one of the better looking transfers that Warner has put out this year. I feel like I can safely say that this is the best the film has ever looked.

Warner have provided a great DTS-HD MA 2.0 track. The film has a fun soundtrack courtesy of J.J. Johnson. Dialogue is very clear. There are no issues with levels. No hiss or distortion. The score sounds crisp and clean. This track gives the soundtrack wide enough berth to really be enjoyed.

Cleopatra Jones is a fun and frequently funny film. Fans of PG-rated blaxploitation and James Bond films will find themselves enjoying the film. Genre fans will surely want to add this to their collection. The Warner transfer is absolutely beautiful, so upgrading is recommended for fans of the film.