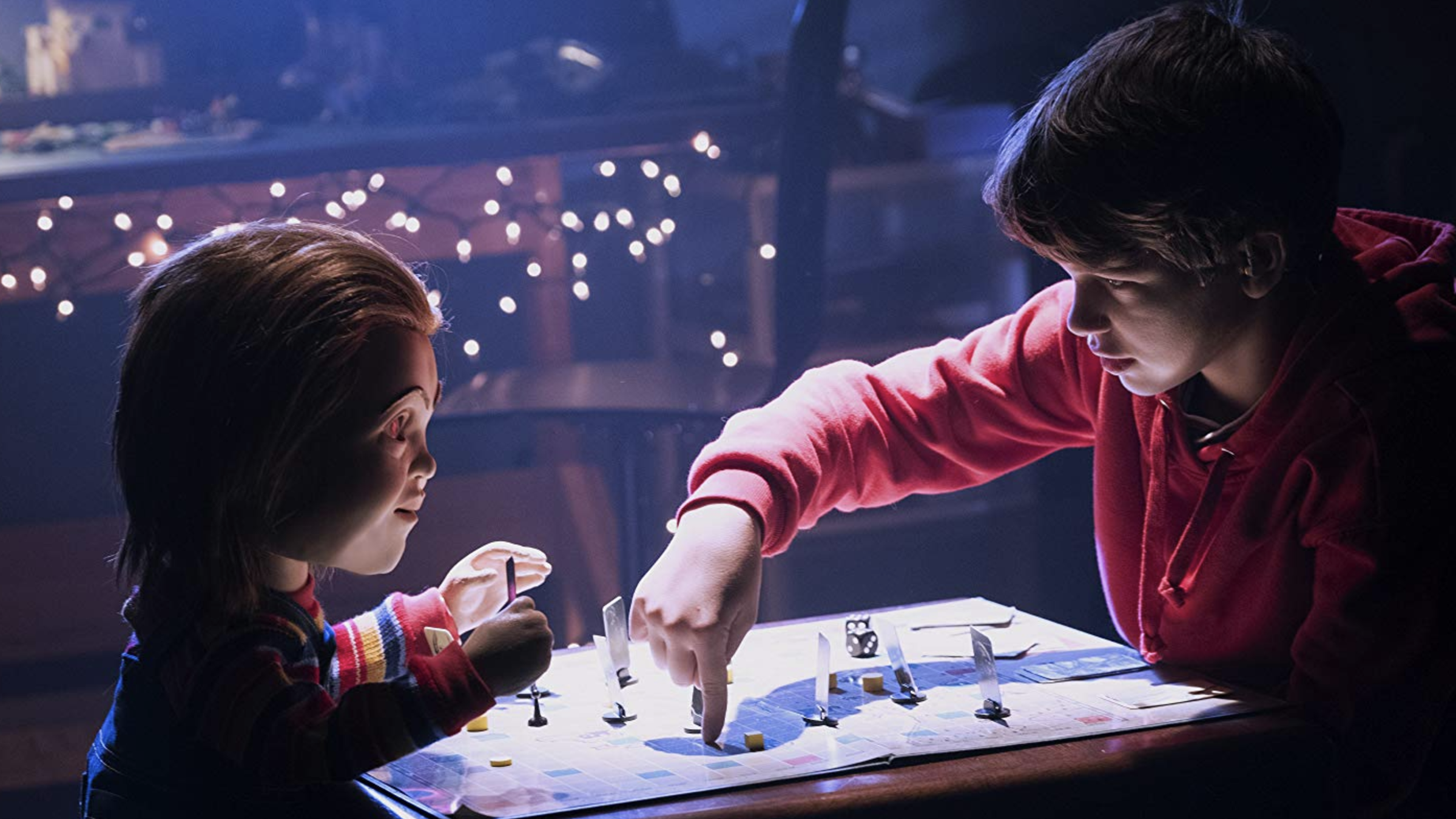 I’m pretty certain the world didn’t need a Child’s Play remake, but the powers that be saw potential there. Truth be told, I’m very much over the series by this point. I found the first 3 entries to be entertaining enough, but the well has run dry. Even with the fourth installment, Bride of Chucky shifting the series into more comedic territory, it just felt stale. I suppose instead of just trying their own thing with a separate film, the filmmakers felt it best to reintroduce us to the killer doll with a fresh take. In reality, this remake is far from terrible, but it will still be the original film that I return to. Still, I feel there’s enough of merit here to warrant at least one viewing.

One thing noticeable about this new chapter is that it dives head first into modern technology. The Buddi doll commercials seen in the film heavily promote being able to connect to various smart home devices and can be controlled that way. This time around there’s no possessed doll, but rather a disgruntled employee that we see early in the film reset all of one doll’s important functions and erase his safety functions. He then commits suicide, but the doll is packaged and sent out. We then meet Karen Barclay (Aubrey Plaza) who is a widowed single mother who often works double shifts at her retail job to make ends meet. Her son Andy (Gabriel Bateman) mostly sits at home playing on his phone all day. With his birthday fast approaching, his mother decides to give him his gift early. Guess what it is? Yep, it’s the Buddi doll with the safety specs removed. Andy makes a few friends and with his new toy alongside him, he often takes in what he sees from the various horror films that Andy watches as well as hating his mom’s boyfriend, Shane (David Lewis). We also get a lot of screen time from Mike Norris (Brian Tyree Henry) who is a Detective who sees Andy sitting on the stairs in the apartment building. The Detective eats dinner in the apartment complex with his mother and keeps an eye out on Andy. Before long, Buddi’s behavior turns deadly and we can guess what happens next.

I will admit that this remake grew on me a bit on a second viewing. The acting is all very capable, with Aubrey Plaza striking the right note. It’s not particularly frightening, but there are some creative kills. The Detective and his mother have some funny scenes as well. There’s also a running gag with a severed head which eventually is wrapped up, mistaken for a gift and may or may not be revealed. It moves along nicely and doesn’t overstay its welcome. Unlike a lot of horror films these days, it has a sense of humor to itself. At no time does it top the original, but it rightfully stands alongside it. It anything it’s worth at least viewing once. The Chucky doll is quite hard to look at though as it really isn’t attractive. I do like that this one does its own thing and doesn’t try to duplicate the earlier film. It changes things up a bit that it isn’t as predictable as some might fear.

We get a great transfer here, but that shouldn’t surprise as it’s a recent film that appears to have been shot digitally. I assume this as most modern films are shot that way. The colors are all well rendered and the print shows zero issues. Again, not that it should for such a recent film, but you never know. The blood splatter comes across in strong detail as well. The image is AVC encoded with a 2.39:1 ratio.

Also strong is the DTS HD track which keeps the vocals clear, but it’s the action moments that obviously liven up matters. We’re brought into this world. Rear channels stay busy and the little details such as footsteps in the background add a nice effect as well. There’s a clarity to the track and really it’s a winner all around.

I must say that this Child’s Play remake did grow on me a bit on a second viewing. I certainly didn’t despise it the first time, but I appreciated many of the fresh elements more the second time around. I don’t think it tops the original, but it does a lot of things right and changes up quite a bit to justify its existence. I liked all the cast and felt the humor complimented the film well, but didn’t overpower it. The film definitely gets a lot of things right. It didn’t frighten me too much, but the kills are definitely creative. It’s at least worthy of a rental.