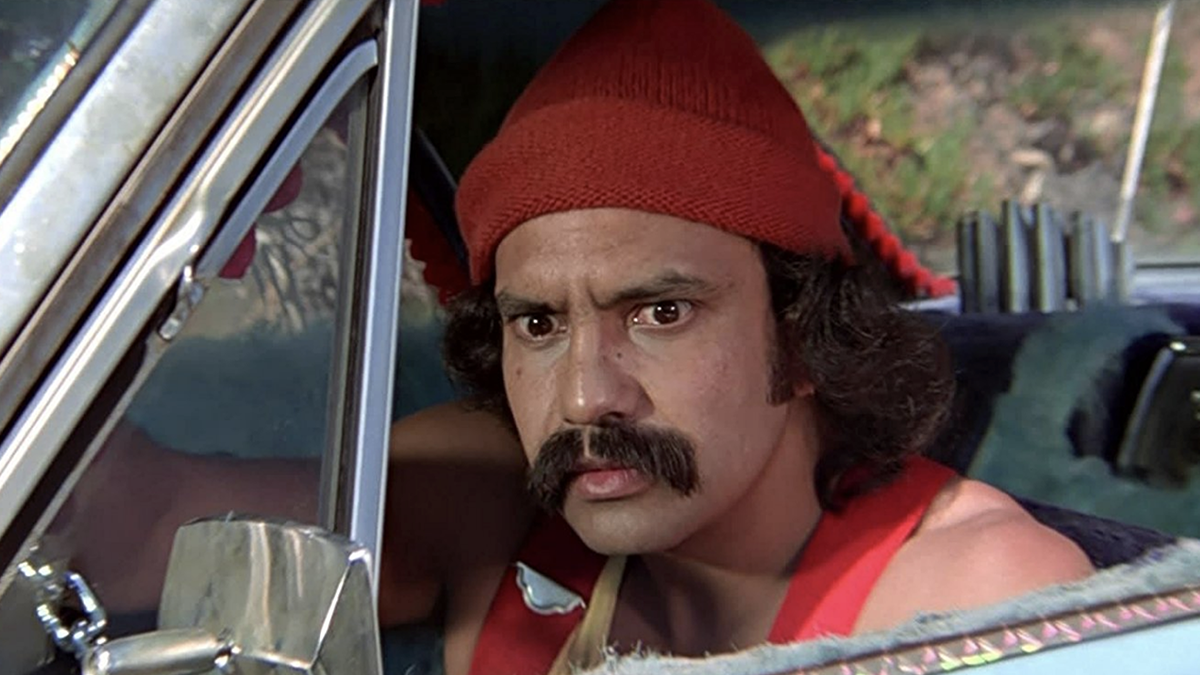 When two men (Cheech Marin & Tommy Chong) meet by chance along a stretch of highway, they decide to begin a massive search for the best drugs they can get their hands on. These two might not be the brightest bulbs in the factory, but when it comes to getting high, these two know the scene like no one else. So while they explore various approaches to catching a buzz, they end up getting into amusing situations, until things take a more serious turn. In an odd sequences of events, they end up being deported to Mexico, which places them in a strange predicament. After several failed attempts to escape and return home, they become desperate and agree to drive someone’s van back across the border. But the police are watching the border for a massive shipment of drugs, so it might not be an easy task for these two to cross. You see, their van is made of weed. From top to bottom, weed is the main component in their vehicle, which means the trek will be a tough one. Can they make it back and continue their journey toward the ultimate high?

The films of Cheech & Chong might not be for us all, but they have gathered a massive following over the years, which seems to grow all the time. This was their movie and it introduces all the trademarks of the series, such as crude humor, bad language, and of course, a literal ton of pot smoking. There isn’t much in terms of a real storyline and such, but as the smoke gets blown, it seems that adventure follows for these two. So if you’re easily offended or can’t tolerate almost constant drug use, then Cheech & Chong’s antics won’t be your cup of tea. I am no weed head by any means, but I think Up In Smoke is downright hilarious, by far the best film in the series. The later movies do offer a lot of laughs, but nowhere near this level. From the giant joints to the vehicle made from weed, the on screen hilarity is ever present. Some of the jokes don’t pass too well, but more than enough do work and I think this still stands as a very humorous film. This new Special Collector’s Edition sports an improved transfer and extra goodies, so for fans, an upgrade is probably worthwhile.

Of course, the force behind this film is the teamwork of Cheech Marin and Tommy Chong, who have become a time tested comedic duo. This was both of their debuts in front of the camera, but they seem to be right at home and come off as very relaxed. This natural presence adds a lot to the film’s effectiveness, which is really important to a film with two dominant leads like this. Of course, the two also showcased impressive chemistry and that is what fuels this movie in the end. We have to believe the bond between the characters and thanks to these two, we fall for it hook, line, and sinker. Their work here has been well taken, as their names are often mentioned in the company of other legendary screen partners. Other Cheech & Chong films include Still Smokin’, The Corsican Brothers, Things Are Tough All Over, and Nice Dreams. The cast here also includes Edie Adams (Made In Paris, The Seekers), Arthur Roberts (Brenda Starr, Chopping Mall), and Strother Martin (Rooster Cogburn, Slap Shot). The director of Up In Smoke is Lou Adler, who served as executive producer on such films as The Rocky Horror Picture Show and American Me.

Aside from the new cover art, one new feature and a limited edition version of this film, there doesn’t appear to have been a new 2 or 4K restoration done for this film. While it’s disappointing, the movie doesn’t exactly look bad. I found the contrast is more accurate, so the image is a little brighter and even colors seem to be more bold here. I wouldn’t call the detail level impressive, but the debris and grain has been reduced, which helps increase detail. In the end, this movie is probably never going to look pristine, but it looks damn good here.

This disc’s DTS HD Master Audio mix replaces the previous Dolby Digital 5.1 found on the DVD, but aside from the musical soundtrack, the surrounds see little use. No real complaints though, as this film doesn’t offer much chance for dynamic audio. The sound effects come across in fine form, so I won’t knock the score much in the end. The music sounds fantastic though, which I think is vital to this film and its impact. You won’t be blown away by this new mix, but it does provide some superb range for the music, which is always good.

This now four decade old film contains one new feature, the remainder of which seem to have been ported over from the previously-released special edition DVD. We get some new cover art as well if you care about such things.

The Cheech & Chong movies won’t be for everyone, but they were ahead of their time when they came out in the late 70’s and early 80’s. If you don’t already own this version on DVD, this is a good one to add to the collection and the disc sports a pretty good selection of supplements. Those are mirrored on the DVD as well. It was a bit disappointing that a new transfer wasn’t done, but what’s included doesn’t look half bad.